The indigenous Mid-altitude Unmanned Air Vehicle is currently under development for the military forces of South Korea. 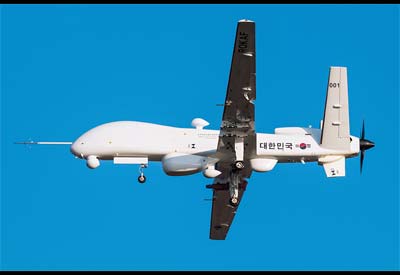 Development of military capabilities for the nation of South Korea is an ongoing priority with potential enemies seen in both North Korea and China. As such, the country has unveiled a new Unmanned Aerial Vehicle (UAV) in the form of the Mid-altitude Unmanned Air Vehicle (MUAV) by Korean Air. The project saw a technology demonstrator flown back in 2012 and full-scale development begin in 2013. Development delays have, however, pushed the arrival of this new product into operational service by several years - perhaps 2019 or 2020.

The MUAV sees a conventional design arrangement used: the fuselage, housing pertinent mission and operational equipment, is slender and rounded with a bulbous nose section. At the aft-end of the structure is the engine installation noted by the dorsal intake opening. The engine drives a multi-bladed propeller unit at rear in "pusher" configuration (as in the classic General Atomics "Predator" line). The wing mainplanes are straight in their general shape (with clipped tips) and situated at midships while being low-mounted along the fuselage sides. The tailplanes consist of a pair of outward-cranked vertical surfaces with a sole, downward reaching vertical plane. Along the underside of the fuselage are three blister-type protrusions holding optical sets and sensors - the chin position mounts a ball turret-type unit and ahead of the mainplanes is an oblong fairing, aft of this is a shorter oblong protrusion. The wheeled undercarriage is retractable and consists of a nose leg and a pair of main landing gear legs.

Structurally, what is known of the MUAV is an overall wingspan of 82 feet and a length of 43 feet, making it slightly larger than the General Atomics MQ-9 "Reaper" class UCAV (detailed elsewhere on this site). Endurance is estimated to be around twenty-four hours and a service ceiling of up to 39,000 feet is being reported. Internally, the MUAV is set to carry a Synthetic-Aperture Radar (SAR) in the midships fairing. The chin-mounted turret will manage the Electro-Optical (EO) / InfraRed (IR) camera set.

Due to the presence of four underwing pylons (two per wing underside), the air vehicle has a suspected Unmanned Combat Air Vehicle (UCAV) capability meaning that it has the inherent potential to carry and release guided air-to-surface missiles or precision-guided drop bombs. Up to six of either would be fitted across the four hardpoints - perhaps two on each inboard station and single missiles/bombs on each outboard station.

Sources state that two distinct versions of the MUAV will be made for the South Korean military - one whose mission revolves strictly around Intelligence-Surveillance-Reconnaissance (ISR) and the other will full combat capability. The type could therefore be used to support ongoing ground troop actions by scanning and tracking potential threats and enemy movement. Armed forms will have the ability to attack designated targets. Still more is the potential for the MUAV to be used in humanitarian-minded relief efforts and in border control operations. Of note is that the Republic of Korea Air Force is set to also receive the proven Northrop Grumman RQ-4 "Global Hawks" (Block 30) ISR drones in the near future and will most likely pair the American design with their new indigenous MUAV family.

July 2020 - Korean Air is nearing completion of its MUAV development program with serial production of the design to begin soon after. 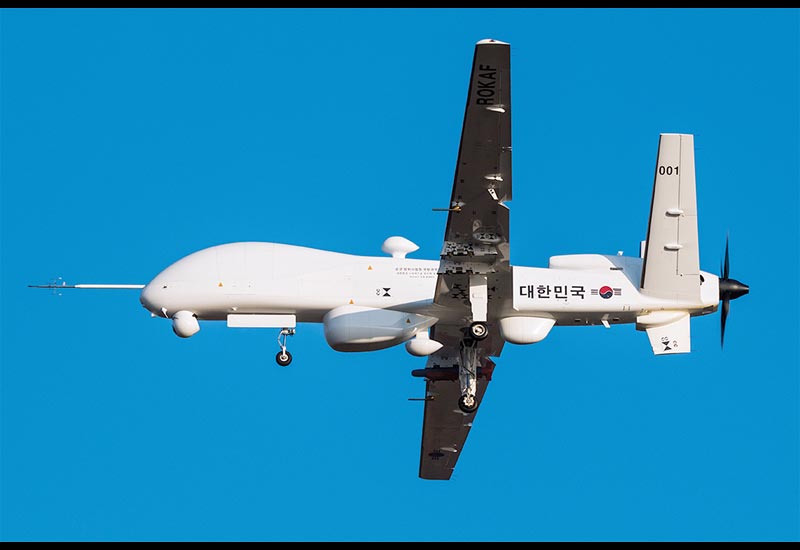