The Curtiss Model 88 - or XP-53 - was another company attempt to improve upon its P-40 Warhawk family of fighters - it did no succeed. 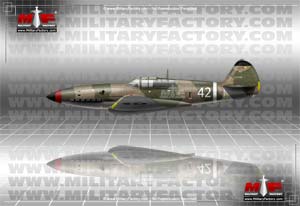 Curtiss Aeroplane attempted to improve upon its classic P-40 "Warhawk" fighter along many routes. This is what eventually pushed the XP-46 project for the United States Army. The lightweight design was ultimately hindered by Army meddling and Curtiss' ongoing commitment to the P-40 factory lines. As a result, the aircraft program was limited to just two prototypes for its time in history.

Nevertheless, engineers continued to find all that was good in their P-40 and extend these qualities into yet-another potential successor. This became the XP-53, known internally as "Model 88", and this offering garnered the interest of the Army as early as April of 1940. Later that year, specifications for the new monoplane fighter were fleshed out to include a (rather optimistic) maximum speed of 465 miles per hour (when fighting under 20,000 feet altitude), a ceiling reaching 30,500 feet and an armament of 6 x 0.50 caliber heavy machine guns (up from the originally-intended four-gun armament). Estimated empty weight was 7,650lb against an MTOW of 10,000lb. Self-sealing fuel tanks and armoring were to be standard. For power, the experimental Continental XIV-1430-3 series liquid-cooled inline piston engine of 1,600 horsepower was selected and this was to turn a three-bladed propeller at the nose.

October of 1940 yielded Curtiss a U.S. Army contract for a single flyable prototype to prove the design sound. The Army pushed for a second prototype to fit the Rolls-Royce Merlin 28 (V-1650-1) engine as insurance against the XIV-1430-3 should that engine fail in its development goals.

The end result was an aircraft very reminiscent of the classic P-40 though with somewhat longer, slender lines. The monoplane wing structure would run under the fuselage (ahead of midships) with a laminar-flow design and have rounded tips. The engine would be contained in the nose in the usual way and the tail was to be a traditional singe-finned arrangement. A tail-dragger undercarriage, wholly-retractable into the design, would allow for the necessary ground-running capability. The cockpit, seating one, was to be covered over in a heavily-framed canopy, the rear view dominated by the raised fuselage spine. Three machine guns were to be installed at each wing leading edge just outboard of the main landing gear leg well. It was proposed, at least for a short time, that armament be increased to four guns to a wing but this idea was stopped as it would have reduced the effectiveness of the wing.

The aircraft accordingly grew in weight, moving further away from its lightweight status to the point that the already-optimistic estimated speed was reduced by some 35 miles per hour even before the prototype was declared ready. Coupled with issues in bringing about the Continental engine online, the death knell for the XP-53 was struck. In November of 1941, the XP-53 was cancelled and its existing frame to be used in testing Merlin engine installations for the XP-60 program (detailed elsewhere on this site).
Advertisements

(Showcased performance specifications pertain to the Curtiss XP-53 production variant. Compare this aircraft entry against any other in our database or View aircraft by powerplant type)
PROPOSED:
6 x 0.50 caliber Browning air-cooled heavy machine guns (four guns to a wing). 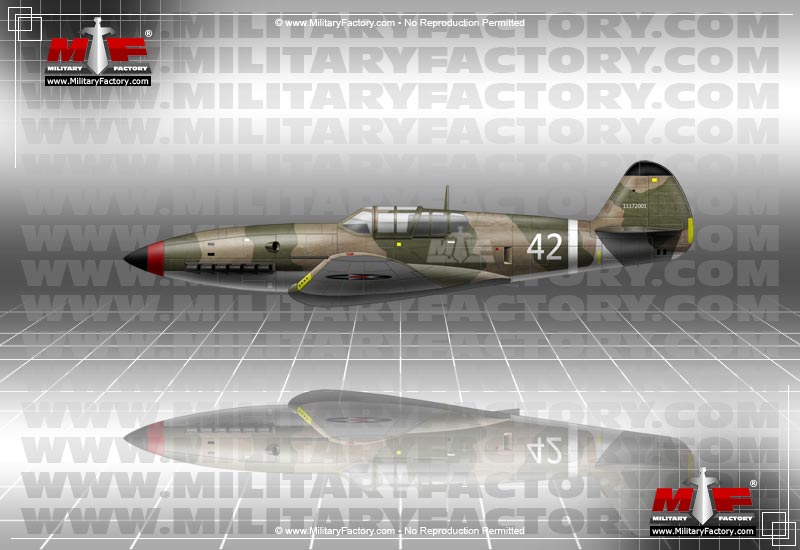