The HAL Rudra is an armed and specially-equipped version of the HAL Dhruv intended for the attack helicopter role by India.

Authored By: Staff Writer | Last Edited: 09/22/2018 | Content ©www.MilitaryFactory.com | The following text is exclusive to this site. 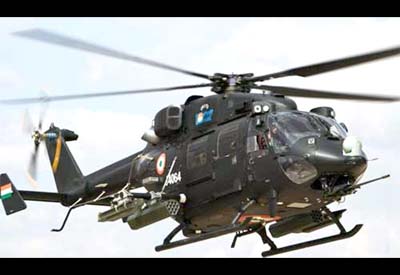 The prolonged development period of the HAL "Dhruv" utility helicopter (detailed elsewhere on this site) finally led to service introduction with the Indian Army, Navy and Air Force in March of 2002. Over 230 examples have been built by Hindustan Aeronautics Limited (HAL) of India to date (2018) and the design has since been used as the framework for two other notable offshoots of the base family line - the HAL Light Combat Helicopter (LCH) and the HAL "Rudra".

While the LCH represents a more traditional approach to the dedicated attack helicopter platform (twin engines, stepped two-man cockpit, "tail-dragger" undercarriage) the Rudra follows more the design path of a gunship as it is capable of troop transport and other over-battlefield roles mainly due to its utility origins. The Rudra saw a first-flight in prototype form on August 16th, 2007 and entered service (with the Indian Army) in 2012. Production has been ongoing since 2007.

The Rudra was born directly from the Dhruv design as that airframe offered the most amount return with the existing package to keep the project on schedule and within budget. The platform entered weapons / systems testing in 2011 and ground tests followed in 2012. Flight trials were then had in late-2012 / early-2013. Seventy-six helicopters made up the original Indian Army and Air Force commitment. An additional twenty were then ordered by the Indian Navy. The Army received its first example in 2013.

The form and function of the Dhruv are more or less retained in the Rudra. Cockpit seating is side-by-side for two and the passenger section is aft. Over the compartment sits a low-mounted, four-bladed main rotor unit. The tail steam is raised, owing to the cargo-minded nature of the original Dhruv and, within, is the drive shaft used to power the four-bladed tail rotor situated to the starboard side. The tail also forms the vertical tail fin and holds a pair of horizontal planes, each capped by smaller vertical planes. The undercarriage is fixed as it is of the typical four-point skid arrangement - resulting in a relatively less-complicated, low-maintenance product. Vision out-of-the-cockpit is excellent thanks to the heavily glazed nose offering views to the sides, forward, below and above. The cockpit crew is served by the Israeli Elbit CoMPASS opto-electronic suite and Swedish SAAB IDAS-3 countermeasures package. Forward-Looking Infra-Red (FLIR) is installed as well as thermal imaging.

The attack portion of the Rudra is made possible by the various fits the frame can handle. Optional outboard wingstubs can be fitted to the sides of the fuselage and these allow the carrying of air-to-surface / air-to-air missiles, rocket pods, gun pods and cannon pods. Additionally, at the nose, a 20mm M621 automatic trainable cannon can be installed in a "chin" mounting in a French Nexter THL-20 series powered turret. Supported munitions include Helina Anti-Tank Guided Missiles (ATGMs), French Mistral air-to-air missiles, torpedoes, depth charges, anti-ship-missiles and 68mm/70mm unguided rocket pods.

The versatility of the Rudra is seen in this armament support - allowing all major Indian military services to make use of a common airframe to handle their various required tasks such as anti-ship / anti-submarine sorties, Search-and-Rescue (SAR) and general reconnaissance not to mention flight training, at-sea replenishment and maritime patrolling. The helicopter can also be used in special mission roles in support of special operations troops as needed.

Power to the design is by way of 2 x HAL (French Turbomeca) "Shakti" turboshaft engines developing 1,400 horsepower each and driving the multi-bladed configuration over the fuselage and at the tail. Alternatively, the airframe can accept the 1,000 horsepower Turbomeca TM333-2B2 turboshaft set. Maximum speed can reach 180 miles-per-hour with a range out to 515 miles and a service ceiling of 20,000 feet. Rate-of-climb is reported at 2,030 feet--per-minute.

The Rudra has been developed into two distinct operational models designated as Rudra Mk.III and Rudra Mk.IV. The former is largely equipped for Electronic Warfare (EW) with a full sensor and countermeasures suite but generally lacks support for armament. The latter sports the aforementioned weapons suite representing the complete gunship platform.
Advertisements

General Assessment
Firepower
Performance
Survivability
Versatility
Impact
Values are derrived from a variety of categories related to the design, overall function, and historical influence of this aircraft in aviation history.
Overall Rating
The overall rating takes into account over 60 individual factors related to this aircraft entry.
36
Rating is out of a possible 100 points.
Relative Maximum Speed
Hi: 200mph
Lo: 100mph
This entry's maximum listed speed (180mph). 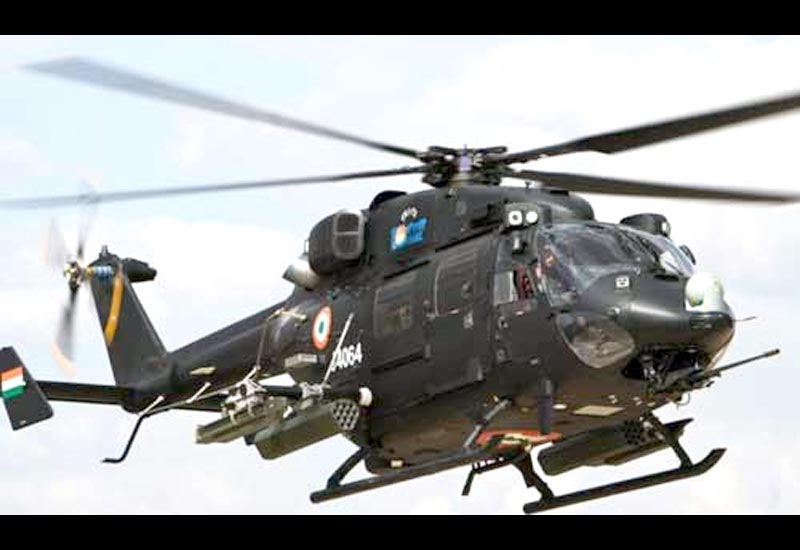