Though twenty of the ground-breaking Budd RB Conestoga transports were built during the fighting of World War 2, the type was not deployed to combat theaters.

Authored By: Staff Writer | Last Edited: 12/21/2018 | Content ©www.MilitaryFactory.com | The following text is exclusive to this site. 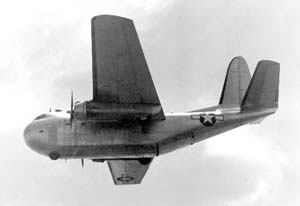 When the United States committed to the fighting of World War 2 (1939-1945) in December of 1941, it forced local industries to push harder than ever to fulfill the great demand that would be required of the conflict. Warships, guns, bombs, aircraft, tanks - any and all war-making items were sought to equip the American warfighter with the best chance to succeed in the field. To facilitate to moving of huge amounts of supplies from Point A to Point B, a sizeable air-transport force was also required.

However, resources needed for immediate results - such as combat fighters and strategic bombers - caused a fear amongst warplanners of shortages (namely aluminum) that would have crippled the war effort to varying degrees. As such, engineers were called to find alternate forms of construction, namely involving airplanes, and the Budd "Conestoga" was one of the more unique products of the period in this regard.

The high-winged transport was built by the Budd Company of Philadelphia, a company initially centered on automobile body sections and stainless steel passenger cars for the railway industry. However, the call-to-war, and the potentially lucrative results that it entailed, pushed the company to become involved in fulfilling a United States Navy (USN) request for a dedicated military transport. A twin-engine configuration was chosen and, most uniquely, stainless steel skinning utilizing the Budd Company's proven "shotweld" technique, would be featured in the aircraft's construction.

The end-product fit the bill - the high-winged arrangement would help the twin engines' propellers clear the ground while also providing for the needed lift/drag at low operating speeds. The tail was raised to allow access to the cargo hold within the fuselage (accessed by a electrically-lowered ramp door under the tail unit). The flight deck took up the usual position overlooking the nose and the tail utilized a single vertical fin with low-set horizontal planes. The bulging cockpit housed three crewmembers (two pilots and a navigator). A retractable tricycle landing gear was fitted for ground-running. Despite its reference as an all-metal, stainless steel aircraft, it used fabric skinning at the control surfaces and at the aft-sections of the mainplanes to save on complexity, weight, and procurement/production costs.

The engine-of-choice became 2 x Pratt & Whitney R-1830-92 air-cooled, 14-cylinder, twin-row radial engines driving three-bladed propellers (Hamilton Standard types) and outputting 1,200 horsepower each. Each unit was installed under each wing mainplane. Performance included a maximum speed of 200 miles per hour, a cruising speed near 165 mph and a range out to 700 miles.
Advertisements

Internally, the aircraft could house up to 24 combat-ready paratroopers or 24 medical litters with accompanying medical staff. Beyond this, the hold could also accommodate a single 1-1.5 ton military truck or equivalent in paletted cargo (tested up to 10,400lb).

The aircraft, in prototype form, went into the air for the first time on October 31st, 1943. Two additional prototypes followed this and the trio were ultimately used to cover various phases of the testing/evaluation period. It was shown to be complex and expensive to manufacture the steel needed for the hauler and the aircraft remained underpowered while also fuel-thirsty given its role of strategic transporting.

Early on, USN authorities believed in the product enough to have contracted for 200 units under the "RB-1" designation and the United States Army Air Forces (USAAF) followed suit by committing to 600 units, these to operate under the "C-93" designation. However, with its testing and production difficulties, and the growing availability of aluminum for American aero-industry plants, the need for a stainless steel transport became novel to the point that the USN drastically reduced its order to just 25 units while the Army cancelled its order outright. First deliveries to the USN were had in March of 1944 and a total of seventeen were ultimately operated as RB-1s - serving for only a short time and removed from the active inventory as soon as early-1945. These went on to end their days in the civilian marketplace by way of war surplus sale.

Several lessons learned in the development of the Conestoga were influential in military transport design of subsequent decades - including the high-winged mainplanes, elevated tail section, and powered cargo ramp door. The modern, and commercially/militarily successful Lockheed C-130 "Hercules" is a classic example of this transport aircraft arrangement.
Advertisements

(Showcased performance specifications pertain to the Budd RB-1 Conestoga production variant. Compare this aircraft entry against any other in our database or View aircraft by powerplant type)
None. Capability to ferry 24 paratroopers or 24 medical litters with medical staff OR up to 9,600lb of cargo OR 1 x 1.5-ton military vehicle.

General Assessment
Firepower
Performance
Survivability
Versatility
Impact
Values are derrived from a variety of categories related to the design, overall function, and historical influence of this aircraft in aviation history.
Overall Rating
The overall rating takes into account over 60 individual factors related to this aircraft entry.
50
Rating is out of a possible 100 points.
Relative Maximum Speed
Hi: 200mph
Lo: 100mph
This entry's maximum listed speed (197mph). 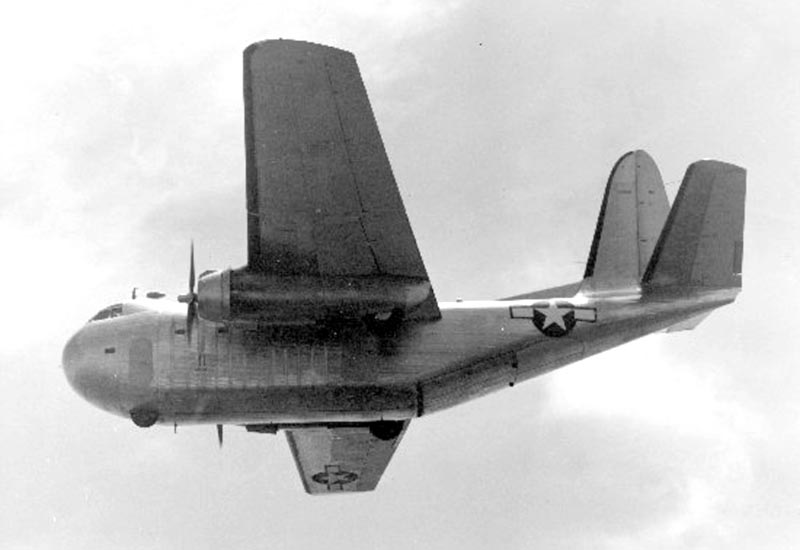 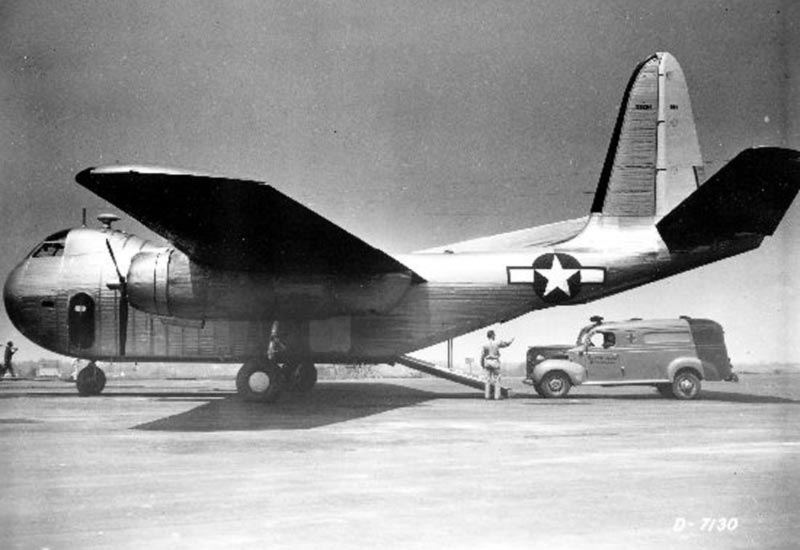