Two prototypes of the experimental Model 1500 Griffon were completed by Nord Aviation of France in the late 1950s.

Authored By: Staff Writer | Last Edited: 06/19/2018 | Content ©www.MilitaryFactory.com | The following text is exclusive to this site. 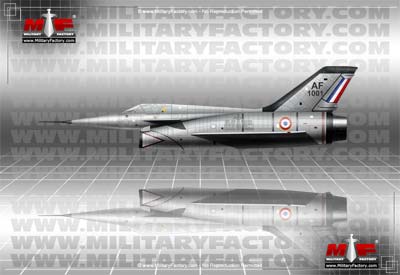 In the post-World War 2 (1939-1945) period, the Soviets became the enemy of the West and with this arrived a series of ever-improved, high-performance bombers and attack aircraft. In response, the West entered into a series of high-profile, and expensive, ventures to develop counters to such a threat expected to materialize from the East. For the nation of France, which had suffered much at the hands of the Germans in World War 2, rebuilding its aero-industry was a focus and many-a-project were brought to life during this "Cold War". One such entry became the Nord 1500 "Griffon".

The Griffon was a development of the state-owned Nord Aviation concern setup in 1954 and the was the result of a French Air Ministry requirement seeking a Mach 2-capable interceptor of exceptional in-air performance as well as on-ground rough-field operation. The basic idea was to give the French Air Force the instrument needed to meet the threat head-on in short order as such the aircraft required considerable power for an excellent rate-of-climb and straight-line speed.

In August of 1953, the French government approved the order of two prototypes from Nord to cover an experimental form set to bridge the gap between concept and production-quality systems. Having had recent experience with their Gerfaut 1400, Nord engineers were able to use this aircraft's proven delta-wing configuration on their new attempt. The mainplanes would rely on a 60-degree sweepback to retain control at the high speeds expected.

Internally, a single SNECMA "Atar" turbojet engine was selected to power the type. It was buried within the lower half of the fuselage and a straight-through intake-to-exhaust port arrangement was used to funnel as much uninterrupted air into the unit. This forced the aircraft to have a relatively deep appearance when viewed in the side profile. The intake was set under the nose of the aircraft at about the cockpit floor. The engine exhausted through a traditional jetpipe arrangement at the rear of the fuselage under the tail.

In time, it was realized that the power of the fuel-thirsty ATAR could be augmented by the addition of a ramjet thruster. Ramjets offered considerable output power but, in turn, required a minimum set speed before they could be activated. The pairing of turbojets and ramjets was common, for at least a short period, during the early decades of jet-powered flight and engineers looked to push their jet designs to the fullest. The two engines would share the air coming into the intake opening to simplify internal construction. The ramjet would sport its own variable nozzle to control (and restrict) airflow when needed.

The tail was capped by a single, sweptback vertical tail fin. Since the delta-wing planform was used, no traditional horizontal tail surfaces were needed - the large-area delta wings taking this role on. Small ventral strakes were, however, positioned to either side of the aft-fuselage near the engine exhaust port.

The cockpit was set at the nose in the usual way though well behind a very-streamlined nose cone. The nose cone was hollowed out but ready to accept a military-grade radar in the future. The design called for a single pilot and he was seated under a largely unobstructed canopy offering excellent forward and side vision. The cockpit was to be fully-pressurized and sport an ejection seat. Also near the nose of the aircraft were small foreplanes (canards) to add a greater degree of maneuverability - a quality carried over in many European fighters today. These planes were, however, fixed in place (as opposed to all-moving) and only served to keep the aircraft's nose down at critical high speeds.

Fuel would be stored in the upper sections of the deep fuselage. A tricycle undercarriage, wholly retractable, was used for ground-running.
Advertisements

During the early phases of the project, the Model 1301 and Model 2301 gliders were used to test the validity of certain elements of the Griffon program (including the delta-wing arrangement). in these early days, the "Griffon" was also known as the "Cheetah" ("Guepard") prior to the merging of SFECMAS and SNCAN (giving rise to Nord Aviation).

With the combination powerplant in play, the turbojet engine was to be used to achieve take-off and cruise to the required speed for the ramjet to takeover. Once cruising, the aircraft could rely on both powerplants to achieve excellent intercepting speeds. The initial Griffon prototype, 1500-01 "Griffon I", flew with just an Atar 101F G2 afterburning turbojet in place. A first-flight was achieved on September 20th, 1955. This specimen managed a maximum speed of Mach 1.17 but fell way short of the intended Mach 2 performance originally envisioned. Later in its test life, it was re-engined with the Atar E turbojet of 8,400lb thrust.

Because of the rough-field operation requirement from the French Air Force, the first prototype was deliberately run on grass on June 19th, 1956, suffering a collapsed nose wheel as a result. It returned to the air after repairs in late-July. This example continued to fly until April 16th, 1957 and never had its intended ramjet engine installed. For its time in the air, the control and handling of the Griffon I were deemed to be quite good.

The Griffon II was the only other entry into the Griffon test program with the key difference being that this example had its ramjet engine installed. It carried the Atar 101 F series afterburning turbojet engine of 7,735lb thrust exhausted through a new, larger-diameter port under the tail fin. An early-form computer system was also introduced to better regulate fuel to the ramjet unit. First-flight of this Griffon variant was recorded on January 23rd, 1957. In December of that year, the aircraft recorded a speed of Mach 1.85 - inching ever-closer to the required Mach 2 speed envelope. Mach 2 was finally achieved in October of 1958 but the aircraft's structure was soon found to limit maximum speeds to Mach 2.1. The aircraft was also put on display at the 1959 Paris Air Show.

End of the Line

Interest in the Mach 2-capable Griffon began to wane by the end of the decade and financing on the project followed suit. On June 5th, 1961, the program was officially ended as all parties went their separate ways. The Griffon prototypes managed some 337 total flights for their time and served in furthering the concepts and theories of high-speed flight for future designs. Nord was also working on a Mach 3-capable Griffon to be known as the "Griffon III" or "Super Griffon" but this only ended as studies. It would have carried the "Super Atar" engine of 19,850lb thrust.

The second prototype is today (2018) preserved at the Musee de l'Air et de l'Espace at the Le Bourget Airport near Paris.
Advertisements

(Showcased performance specifications pertain to the Nord 1500 Griffon II production variant. Compare this aircraft entry against any other in our database or View aircraft by powerplant type)
None.

General Assessment
Firepower
Performance
Survivability
Versatility
Impact
Values are derrived from a variety of categories related to the design, overall function, and historical influence of this aircraft in aviation history.
Overall Rating
The overall rating takes into account over 60 individual factors related to this aircraft entry.
20
Rating is out of a possible 100 points.
Relative Maximum Speed
Hi: 1500mph
Lo: 750mph
This entry's maximum listed speed (1,448mph). 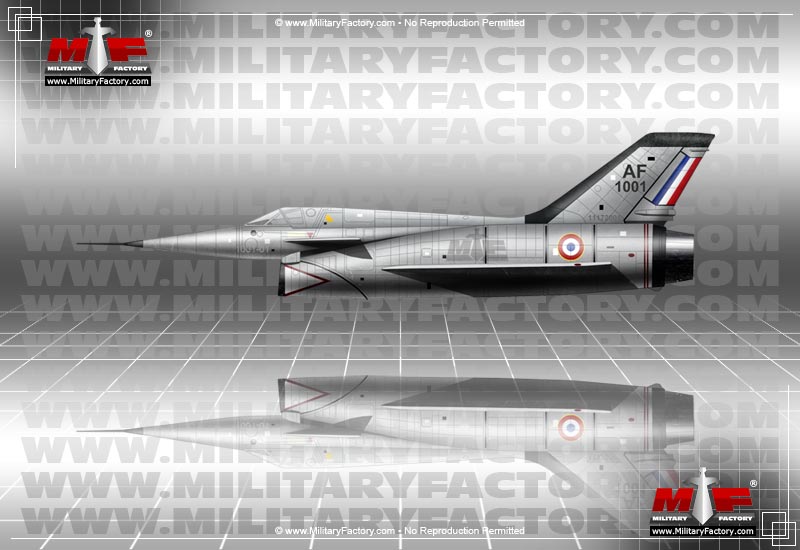