The SteelRock Velvet Wasp was debuted at Dubai Airshow 2017 and is intended as a close-support UAV for troops on the ground. 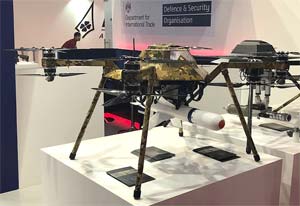 SteelRock of Britain is developing its "Velvet Wasp" octocopter as a dedicated ordnance-carrying drone to serve in the Close Air Support (CAS) role. Appearing as something out of a science fiction novel, the four-legged creation relies on eight rotors for flight and hovering actions and can carry a single precision-guided weapon under its center mass. Such drone types have been used in the ongoing campaigns across Syria and Iraq where even ISIS forces have taken to arming off-the-shelf helicopter-like drone systems with rudimentary attack functionality.

The Velvet Wasp has the capability to supply the warfighter with an aerial view of the action and attack dug-in enemy forces from the air as/when needed. It carries both an Electro-Optical (EO) and an InfraRed (IR) sensor for the job. Range is out to 62 miles and the air vehicle can hit speeds of 60 miles per hour - though all this depending on the operating terrain (mountainous areas and higher elevations can reduce effectiveness some). Construction relies on carbon fibers and weight is in the 35lb to 40lb range (sans payload). Actual direction of the system utilizes two operators with one serving as the dedicated pilot and the other addressing navigation needs.

One potential drawback of the system is its size - requiring which would require a vehicle or helicopter - but the potential advantages of a helicopter drone may outweigh any negatives; the Velvet Wasp could supply ground forces (in close proximity to elements) with the ability to see over walls or into structures or engage - at range - existing, known threats such as snipers. The operators are assisted by the usual in-built systems which help keep the air vehicle upright but the search, track and attack functions are handled manually. The aircraft also carries an IED (Improvised Explosive Device) neutralization capability where it can help ground operators detonate identified threats from the air with little-to-no risk to personnel.
Advertisements

Beyond its obvious military attack value, the Velvet Wasp would also be capable of dropping supplies to active forces caught behind enemy lines. A fresh delivery of ammunition, food or medicine could go a long way in sustaining a platoon unable to retreat or relocate. There is also consideration for the Velvet Wasp being used in non-combat roles such as aiding civilians after natural disasters, reaching areas cut-off by land and made inaccessible to rescuers.

Velvet Wasp was on public display during Dubai Airshow 2017 and this specimen was featured with a Textron "Fury" precision-guided missile slung under its body.
Advertisements

(Showcased performance specifications pertain to the base SteelRock Velvet Wasp production variant. Compare this aircraft entry against any other in our database or View aircraft by powerplant type)
Showcased: Single precision-guided missile (Textron "Fury") held under the mass of the aircraft. Under consideration are precision glide / drop bombs and rocket-propelled munitions. 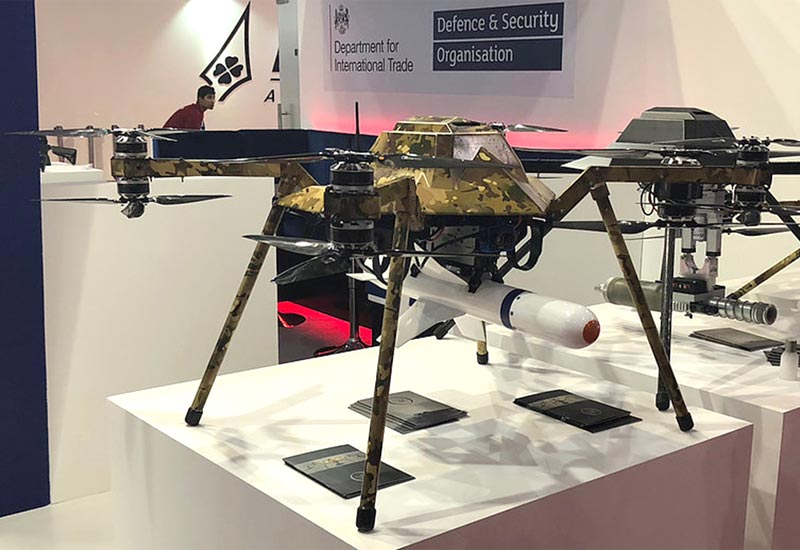