An extension of the Dassault Mystere II series aircraft, the Mystere IV found greater success at home and abroad in the fighter-bomber role.

Authored By: Staff Writer | Last Edited: 02/20/2018 | Content ©www.MilitaryFactory.com | The following text is exclusive to this site. 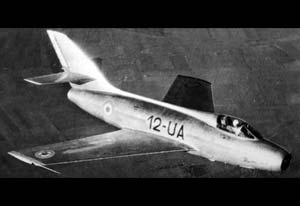 The Dassault Mystere of 1954, a straightforward, swept-wing development of the earlier Ouragan jet fighter of 1952, was not an outright success and prone to structural failures. As such only 171 were built and these served solely with the French Air Force for their time in the air. More work was needed to bring the swept-wing fighter to a better standard and this resulted in the MD.454 Mystere IV, a refined, much-improved evolution of the series which went on to see considerably more success than its predecessor.

Mystere IV Development
The Mystere IV was more an extension of the Mystere II mark than the Mystere IIC which reached operational service. Engineers worked within the established framework of the Mystere II but were able to apply various structural improvements based on lessons learned from the original project. The result was a prototype, essentially an all-new aircraft despite its Mystere II origins, achieving a first-flight on September 28th, 1952. Such was the speed in bringing this aircraft to the market that it was introduced as soon as April 1953 - the original MD.452 Mystere arrived in 1954 and was soon relegated to a training role and ultimately retired from French Air Force service.

Mystere IV Production
Production of the Mystere IV spanned from 1953 until 1958 and yielded 432 examples (including prototypes). The initial fifty airframes were equipped with the Rolls-Royce "Tay" turbojet and the remainder of the batch followed with the locally-produced Hispano-Suiza "Verdon 350" model turbojet engines, the licensed form of the British Tay.

Mystere IV Walk-Around
In form and function, the Mystere IV held true to its Mystere origins in that it had a circular nose-mounted air intake, low-mounted swept-back wing mainplanes and a retractable tricycle undercarriage. The cockpit was centered ahead of the mainplanes and aft of the nose intake. The tail unit incorporated a single fin with mid-mounted planes. The jet engine exhausted under the fin element in typical fashion. The Verdon engine produced 7,716 lb of thrust and propelled the aircraft to speeds of 690 miles per hour up to a ceiling of 49,200 feet and out to ranges of 570 miles. Rate-of-climb was 7,875 feet-per-minute.

Aboard were 2 x 30mm DEFA cannons and support was given for up to 55 air-to-air rockets held in a retractable ventral pack (just under the cockpit floor). There was also provision for up to 2,200lb of externally-held drop-ordnance across four hardpoints. Drop tanks could be fitted for improved operational ranges.©MilitaryFactory.com
Advertisements

The Mystere IV in Service
The French Air Force stocked some six squadrons with its new fighter-bomber and some were used in the Suez Crisis of 1956. The service utilized the series into the 1980s before the line was retired in favor of more modern alternatives. French Air Force Mystere IV strength reached 241 examples.

The newly established nation of Israel passed on purchasing the Mystere IIC for the much improved Mystere IV when it committed to twenty-four of the type in 1955. First-deliveries occurred in 1956 and these became the country's first swept-wing designs. Later that year a follow-up order increased fleet strength by thirty-six units. These aircraft were also featured in the Suez Crisis against the Egyptian foe where they undertook both air-to-air and air-to-ground sorties and fared well against the vaunted Mikoyan-Gurevich MiG-15 jet fighter - a contemporary to the Mystere IIC. The Israelis lost one Mystere IV to the enemy's 147 aircraft and this to ground-based fire.

India was the only other notable operator of the Mystere IV and a total of 110 examples were delivered. These were purchased in 1957 and were pushed into combat actions in the 1965 war against neighboring Pakistan (Indo-Pak War, the first of two major confrontations between the two parties). The series did well for itself in the war and managed air and ground kills. After the conflict, the Mystere IV fleet was drawn down in 1973 - but not before playing a role in the Indo-Pak War of 1971.

Variants
The Mystere IV program involved one prototype and the 421 Mystere IVA production aircraft that following it. The Mystere IVB was a proposed model to feature either the Rolls-Royce Avon turbojet engine or the homegrown SNECMA Atar 101 series. A radar ranging gunfight was also installed and six examples were built in a pre-series form. However, the product was not adopted as the French Air Force focused on the Super Mystere instead (detailed elsewhere on this site).

The Mystere IVN was a proposed two-seat night-fighter development of the IV. This was to carry the American AN/APG-33 radar fit and be powered by the Rolls-Royce Avon while armed through a 55 x 68mm Matra retractable ventral rocket pack. While flying on July 19th, 1954 it was not selected for further development as other mounts stood up to take the role of night hunter.©MilitaryFactory.com
Note: The above text is EXCLUSIVE to the site www.MilitaryFactory.com. It is the product of many hours of research and work made possible with the help of contributors, veterans, insiders, and topic specialists. If you happen upon this text anywhere else on the internet or in print, please let us know at MilitaryFactory AT gmail DOT com so that we may take appropriate action against the offender / offending site and continue to protect this original work.
Advertisements

France; India; Israel
(OPERATORS list includes past, present, and future operators when applicable)
✓ Air-to-Air Combat, Fighter
General ability to actively engage other aircraft of similar form and function, typically through guns, missiles, and/or aerial rockets. ✓ Ground Attack (Bombing, Strafing)
Ability to conduct aerial bombing of ground targets by way of (but not limited to) guns, bombs, missiles, rockets, and the like.

(Showcased performance specifications pertain to the Dassault Mystere IVA production variant. Performance specifications showcased above are subject to environmental factors as well as aircraft configuration. Estimates are made when Real Data not available. Compare this aircraft entry against any other in our database or View aircraft by powerplant type)
STANDARD:
2 x 30mm DEFA autocannons under the nose.

Up to 2,200lb of external stores including drop bombs, rockets and fuel drop tanks across four hardpoints. 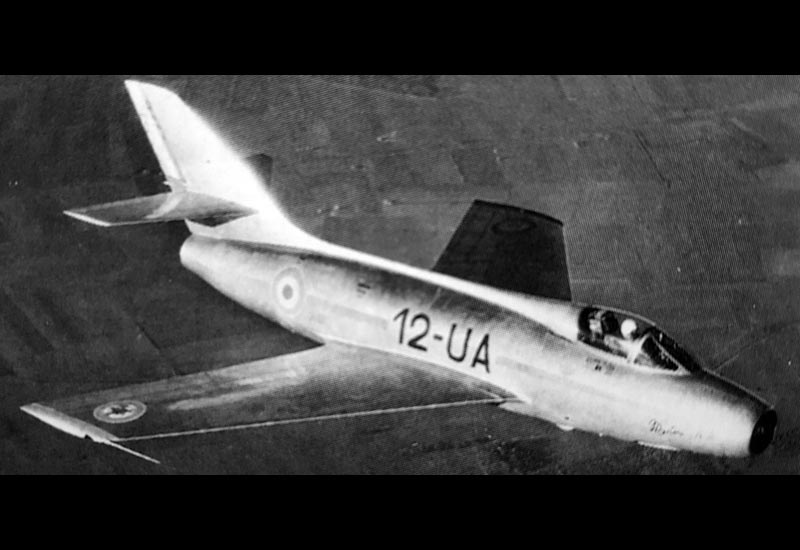