The Bucker Bu 131 Jungmann of pre-World War 2 Germany proved itself a successful basic training platform for the growing Luftwaffe and others.

Authored By: Staff Writer | Last Edited: 03/21/2018 | Content ©www.MilitaryFactory.com | The following text is exclusive to this site. 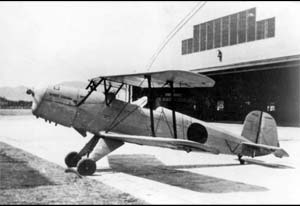 The rebuilding German Luftwaffe of the 1930s required flying classrooms with which to train its pilots on. Carl Bucker, a German Navy man of World War 1 (1914-1918), resettled in Sweden after the war and worked at Svenska Aero AB. With a good base of knowledge gained in aeronautics, he returned to Germany and arranged Bucker-Flugzeugbau GmbH in 1932 with the purpose of developing and producing sport planes and related light aircraft. These eventually found their way into the German Luftwaffe.

The company's first product became the Bucker Bu 131 "Jungmann" ("Young Man"), a two-seat (tandem) biplane to be used in the basic trainer role. It was this aircraft that was taken into service by the Luftwaffe to train its fighter pilots in the nuances of basic combat flying. It marked the last biplane aircraft to be manufactured on German soil.

The Bu 131 featured a conventional over-under wing arrangement though both planes were offered slight sweepback. The wings were fitted ahead of midships and the crew of two, in open-air cockpits, were seated closer to the center mass of the aircraft. The engine was placed in the nose in the usual way and drove a two-bladed propeller. The tail unit was also conventional, having a single rudder and low-mounted horizontal planes. The undercarriage was of a tail-dragger arrangement and fixed. Construction was of steel tubing and wood with fabric and metal skinning.

First-flight by way of prototype arrived for the Bu 131 series on April 27th, 1934 and this form was powered by the Hirth HM60Re engine of 80 horsepower. The emerging Luftwaffe contracted for the type in its Bu 131B production form and introduced it into service in 1935. In 1936, another prototype went airborne, this time with a Hirth 504A-2 engine of 105 horsepower.

In practice, pilots appreciated the control quality and agility of their Bu 131 mounts. Its popularity ensured a healthily long service life and nearly all of the Luftwaffe flying schools relied on the type. Foreign customers (both prewar and in-war) of the Bu 131 became Bulgaria, Romania and Yugoslavia. Much of the German wartime production was handled in neighboring Czechoslovakia as the Aero C-4. The Bu 131 was also produced overseas under license by the Empire of Japan, Switzerland and Spain (by CASA as the "1.131").
Advertisements

Such was its value that the Bu 131 remained in global service well into the 1960s and private ownership has kept the design alive at many air shows around the world. Total production reached into the thousands before the end of its run.

Initial models were designated Bu 131A and these were followed by the improved Bu 131 (Hirth HM 504A-2 engines). The Bu 131C was a one-off test plane carrying the Blackburn "Cirrus Minor" engine of 90 horsepower. The two aforementioned production models were the primary marks to carry the Bucker name.

The Bu 131B featured an overall length of 21.7 feet with a wingspan of 24.2 feet and a height of 7.5 feet. Empty weight was 840lb against an MTOW of 1,500lb. Power was from a single Hirth HM 504 4-cylinder inverted inline piston engine developing 100 horsepower and driving a two-bladed propeller unit at the nose. Performance included a maximum speed of 115 miles per hour, a cruise speed of 110 miles per hour, a range out to 390 miles and a service ceiling of 13,300 feet. Rate-of-climb was listed at 6,600 feet.

Beyond Aero's pretime production of the Tatra T-131 was the wartime C-4 production standard for Germany, also by Aero to the Bucker Bu 131B standard. The post-war form became the Aero C-104 carrying the Walter Minor 4-III engine. About 260 were built to this standard.

As mentioned, the Japanese Empire though enough of the German biplane to order local versions to be built for its Army and Navy services. This involved the Nippon Kokusai Ki-86A Type 4 and Ki-86B Type 4 for use as primary trainers. The Ki-86A model carried the Hitachi Ha-47 engine and the Ki-86B was developed with a wooden airframe owing largely to a shortage of metal during World War 2. The Kyushu K9W1 "Momiji" Navy Type 2 Trainer Model 11 was the main production version for the Imperial Japanese Navy (IJN). These were given the Hitachi GK4A "Hatsukaze 11" series engine.

Modern versions of the Bucker Bu 131 are found under the BP 131 designation. Poland developed the SSH T-131P and built four with Walter Minor 4-III engines beginning in 1994. This then evolved to become the production-minded SSH T-131PA of 1995 with its LOM M332AK engine.

Beyond the mentioned countries, the Bu 131, in one form or another, made its way into the inventories of a myriad of nations ranging from Croatia and Greece to The Netherlands and South Africa.
Advertisements

(Showcased performance specifications pertain to the Bucker Bu 131B production variant. Compare this aircraft entry against any other in our database or View aircraft by powerplant type)
None. 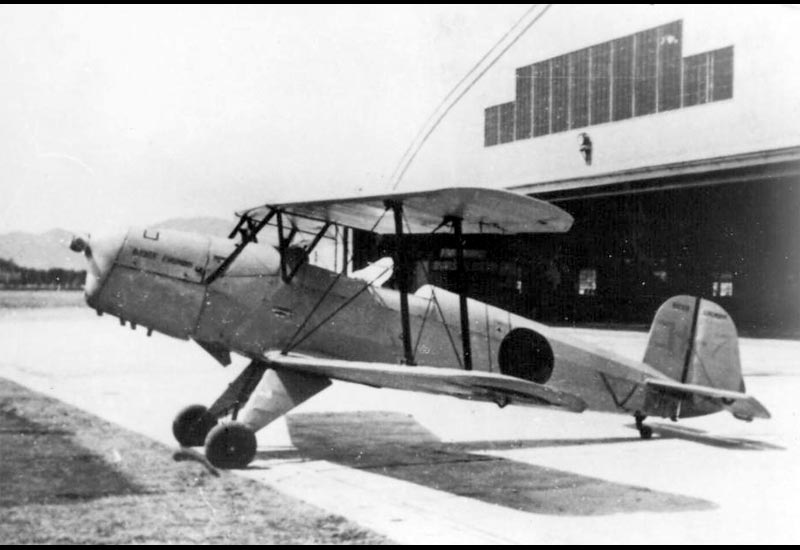