The Sikorsky S-76, a medium-class hauler, has proven a relative commercial success for Sikorsky Aircraft with over 1,000 units produced for various markets.

Authored By: Staff Writer | Last Edited: 01/26/2020 | Content ©www.MilitaryFactory.com | The following text is exclusive to this site. 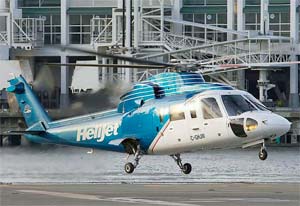 The Model S-76 was developed by Sikorsky Aircraft for the ultra-competitive medium-lift commercial helicopter market. Its design was influenced by the company's work to bring the S-70 about (this becoming the famous UH-60 'Black Hawk' in military service). The product began as the "S-74" during the middle part of the 1970s and intended for the oil industry and VIP / corporate transport sectors. In line with the American celebrations of 1976 ( the country's bicentennial), the model was redesignated to "S-76". The end-product became a popular entry into the medium-lift category with nearly 1,100 examples produced.

The S-76 was given a twin-turboshaft engine arrangement and these systems were fitted over the passenger cabin in the usual way. The cockpit seated its crew of two side-by-side aft of a short nose assembly with generally good vision out-of-the-cockpit. Access was by way of hinged, Automobile-style doors while the passenger section carried rectangular sliding doors to either side of the fuselage. The tail stem was well-contoured with the existing lines of the fuselage and housed a drive shaft powering a four-bladed tail rotor offset to portside. This was used to balanced the torque effect caused by the four-bladed main rotor system mounted atop the passenger cabin. A wheeled tricycle undercarriage was installed to allow for ground running and made wholly retractable to maintain aerodynamic efficiency during flight.

The original production became the S-76A and this model was given 2 x Rolls-Royce (Allison) 250-C30 turboshaft engines of 650 horsepower each. Some 284 units followed in production. The utility-minded form became the S-76A "Utility" and this mark featured a reinforced cabin floor.

The S-76C++ variant was crewed by two with seating for thirteen. It was given an overall length of 52.5 feet with a height of 14.5 feet. Empty weight was listed at 7,000lb with a gross weight of 11,700lb. Power from the 2 x Turbomeca Arriel units became 922 horsepower each allowing for a maximum speed of 180 miles-per-hour with a range out to 475 miles and a service ceiling of about 13,800 feet.

Military variants of the S-76 model were the "AUH-76" (based on the aforementioned S-76 Mk II model) and the H-76 "Eagle" which was proposed for maritime use - though not adopted by any one party. The S-76 "Shadow" was used in the development of the (ultimately abandoned) U.S. Army's RAH-66 "Comanche" light attack stealth helicopter program (detailed elsewhere on this site). A single S-76B was also modified with a fantail (shrouded) rotor unit for the same program and showcased at the 1991 Paris Air Show.

Operators of the S-76 ultimately ranged from Argentina and China to Turkmenistan and the United Kingdom in both military and civilian roles (as well as some Coast Guard services). Many of these original operators continue to operate the Sikorsky helicopter. CHC Helicopter Corporation of Canada services the offshore oil and gas industries with a fleet numbering nearly 80 S-76 platforms. Bristow Helicopters of Scotland is another well-known operator of the type.

November 2018 - United States Army aviation personnel have test-flown an autonomous development of the S-76B helicopter family (known specifically as the Sikorsky Autonomy Research Aircraft - or "SARA"). The model in question has been modified by Sikorsky (Lockheed) in conjunction with DARPA.

(Showcased performance specifications pertain to the base Sikorsky S-76 production variant. Compare this aircraft entry against any other in our database or View aircraft by powerplant type)
Typically none though militarized "gunship" types fit light-class armament as necessary. 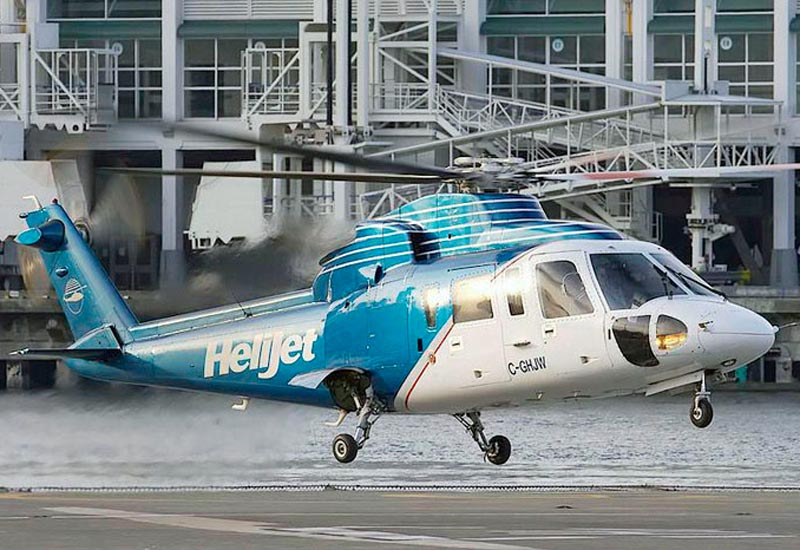