Just three in-development prototypes were all that was had of the Me 263 rocket-powered interceptor project - the successor to the revolutionary Me 163 Komet rocket plane. 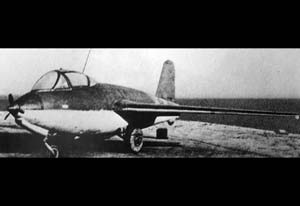 The rocket-powered Messerschmitt Me 163 "Komet" interceptor came as a nasty surprise to Allied bomber crews and fighter pilots when it was used operationally for the first time in May 1944. Some 370 of the type were built during the war but there proved too many limitations - both in the design's operational capability and in Germany's logistical strength - for the interceptor to make a difference in the outcome of the war. Performance was outstanding and armament formidable but the aircraft suffered from a volatile fuel mix (dangerous to the pilot and aircraft alike) and ran on only a few minutes of power before being forced to glide-land. The series claimed fewer than twenty Allied aircraft for its part in the war.

Taking the strengths of the Me 163, and implementing a new fuselage design, was the next logical step in this Messerschmitt product. The work, to be based on the Me 163B production model, was charged to bomber-maker Junkers in late-summer 1944 under the designation of Ju 248 "Flunder" (Flounder) - this even while work was still being done by Messerschmitt on its Me 163C model.

Some qualities of the Me 163 were retained in the reworked Ju 248 such as the bubble canopy, the rearward-swept wing mainplanes and single-finned tail unit (sans horizontal stabilizers) but the aircraft was given larger dimensions which promoted more internal space - thus allowing engineers to install additional fuel stores and extend the operational range/fighting time of the interceptor. Unlike the Me 163's jettisonable wheeled dolly undercarriage, the Ju 248 featured a rather modern, wholly retractable, tricycle undercarriage which was proven in the Me 163B V18 prototype. The wing mainplanes were completed in wood (though with extra fuel storage built-in) and the cockpit was fully-pressurized for high-altitude flying envelope.

Internally, propulsion was proposed with a single Walter HWK 509C series rocket motor (bi-fueled) of 4,410lb of primary thrust and an additional 882lb of auxiliary thrust from two available chambers. Production-quality interceptors were to feature the BMW 109-708 series rocket motor instead, this promising more power. Fuel remained the volatile combination of "T-Stoff" and "C-Stoff".
Advertisements

On September 25th of 1944, the aircraft was displayed to RLM officials in wooden mockup form and another review took place in December of that year. Before the end of the year, the original Ju 248 designation was succeeded by the revised Me 263 "Scholle" (Plaice) designation - despite Junkers still heading design and development of the project. Me 263 V1 was to serve as the first-of-three prototypes during development (V1, V2 and V3).

With so much working against Germany heading into 1945, leadership was mixed on the potential benefits of the Me 263 program with some championing the effort and others calling for its cancellation. Nevertheless, an unpowered first-flight was had by V1 in February of that year as it was towed into the skies. The aircraft lacked its engine and armament and its tricycle undercarriage was of basic form, fixed in place for simplicity. Overall, the design proved sound though counterbalancing was forced when the aircraft proved to have inherent center-of-gravity-issues.

Testing was then disrupted due to lack of fuel for the tow planes and, it was found in post-construction, V1 and V2's fuselages were ill-equipped to take on the intended HWK 509C rocket motor. This forced a lengthening of the fuselage as a result. V1, V2 and V3 were all progressing at different points in the project when, in April 1944, Allied forces overran and confiscated the Me 263 work. V2 never received its completely retracting undercarriage and V3 was never to prove the cannon armament. Both V1 and V2 had just gotten their motors installed but neither were able to ignite these in testing. The Americans studied the Me 263 progress at length back in the states while the Soviets benefitted from dissection of one of the prototypes - this leading to development of the homegrown Mikoyan-Gurevich I-270 interceptor prototype of which two were built in the post-war period.

Performance estimates of the Me 263 V1 interceptor included an impressive maximum speed of 550 miles per hour, an operating service ceiling of 45,215 feet (necessitating the pressurized cockpit and oxygen supply for the pilot) and a excellent rate-of-climb of 29,500 feet-per-minute.
Advertisements

(Showcased performance specifications pertain to the Messerschmitt Me 263 V1 production variant. Compare this aircraft entry against any other in our database or View aircraft by powerplant type)
PROPOSED:
2 x 30mm MK 108 automatic cannons (never installed).

General Assessment
Firepower
Performance
Survivability
Versatility
Impact
Values are derrived from a variety of categories related to the design, overall function, and historical influence of this aircraft in aviation history.
Overall Rating
The overall rating takes into account over 60 individual factors related to this aircraft entry.
22
Rating is out of a possible 100 points.
Relative Maximum Speed
Hi: 750mph
Lo: 375mph
This entry's maximum listed speed (547mph). 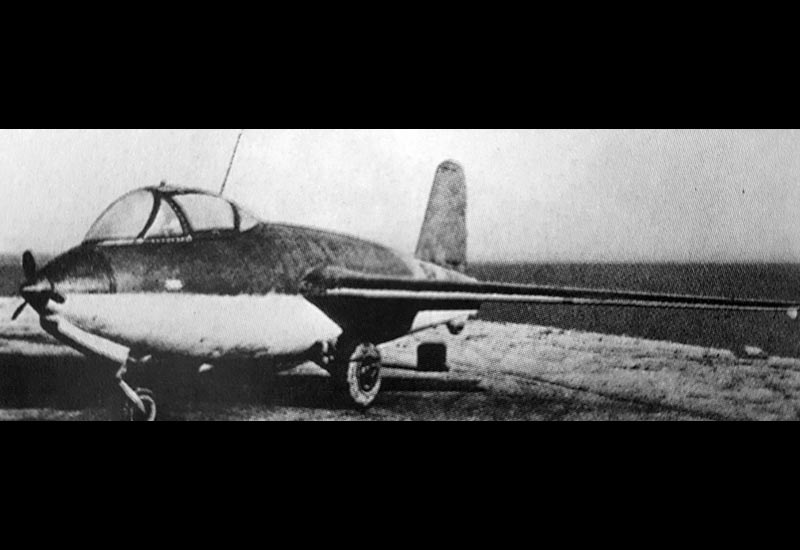