The Sopwith Gunbus biplane fighter, converted from a seaplane design, had a very short service life during The Great War of 1914 - 1918.

Authored By: Staff Writer | Last Edited: 07/10/2018 | Content ©www.MilitaryFactory.com | The following text is exclusive to this site. 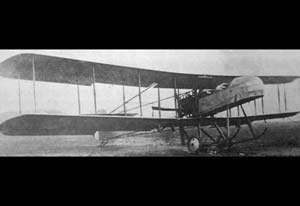 "Gun Buses" were some of the first notable attempts to produce dedicated armed, fighting aircraft. Companies like Vickers of Britain began experimentation in 1912 and the Sopwith Aviation Company, another British concern, also delved into the category and ultimately delivered for wartime service its aptly-named Sopwith "Gunbus" (also "Gun Bus").

The Sopwith Gunbus began was born in a 1913 contract intended to supply a fleet of six two-seat biplane floatplanes to the nation of Greece. Sopwith generated a design which seated its crew of two in tandem across open-air cockpits (featuring dual controls for training). The fuselage featured a boat-like hull for the required water take-off and landings and the sole engine was arranged in a "pusher" configuration, meaning at the rear of the fuselage and facing aft - so as to "push" the aircraft through the skies and leave the frontal section of the fuselage clear of obstructions. The powerplant of choice became the Anzani air-cooled radial piston engine of 100 horsepower. A biplane wing arrangement, with four bays, was featured in the design. Maximum reachable speed was about 55 miles per hour.

The first prototype, built to the Greek Navy standard, flew in February of 1914 and passed its requisite trials period the following month.

The British Royal Navy took an interest in the seaplane and ordered a pair of their own, mainly to use as training platforms for future generations of naval airmen of the Royal Naval Air Service (RNAS). These arrived in May of 1914 but the service was not as sold on the type owing largely to the unreliability of the engine - as such the pair was pulled from active service as soon as February of 1915 (World War 1 began in the summer of 1914).

Nevertheless, back in March of 1914, the success the Greek Navy was having with their Sopwith seaplanes pushed another six-strong order. However, this batch would be constructed to a new fighting standard - the S.P.Gn ("Sopwith Pusher, Gun") - now armed through a flexible 7.7mm machine gun at the front cockpit. Additionally, the engine series was changed over to the Gnome Monosoupape rotary piston engine and it was this revised form that began to embody the definitive Sopwith "Gunbus" to its fullest - a fighting scout-minded seaplane that could engage enemy aircraft over water or shore.

Inevitably, the Greek order was interrupted in early August 1914 when Britain declared war on Germany and the RNAS confiscated five of the six Greece-bound seaplanes for their own use. These operated with the Royal Navy into July 1915 but were, again, found to lack the needed qualities for combat service.
Advertisements

This led to another Gunbus form emerging, stemming from a July 1914 RNAS commitment that produced the official "Admiralty Type 806" designation. The aircraft was now powered by a Sunbeam 8-cylinder liquid-cooled engine of 110 horsepower (still in pusher configuration) and carried the nose-mounted 7.7mm machine gun. Additionally, the seaplane functionality was dropped altogether as this Gunbus was completed to a revised land-based biplane fighter standard which caused a reforming of the fuselage and addition of a wheeled undercarriage. A first-flight in prototype form was recorded on October 6th, 1914 and the RNAS had six on order. At least two seaplanes were modified into the landplane form.

In testing, the Type 806 proved underpowered with its current Sunbeam engine so another model (the Sunbeam Crusader) outputting at 150 horsepower was used as a substitute. Another key change was flipping the pilot and gunner positions so the pilot now managed the aircraft from the nose and the gunner held a more rear-based field-of-fire - protecting the aircraft's crucial "six". Another key quality was the addition of a bombing capability which added a bombing panel to the floor of the fuselage and four bombs could be carried on racks set under the lower wing assembly. From this design came an order for thirty like-aircraft in early-1915.

With its Sunbeam of 150 horsepower output, the land-based Gunbus could manage a maximum speed of 80 miles per hour, a service ceiling of 4,000 feet and an initial rate-of-climb of 230 feet-per-minute. The crew remained two and structural dimensions included an overall length of 32.5 feet, a wingspan of 50 feet and a height of 11.3 feet.

It was in this form that the definitive Sopwith Gunbus finally made it into the air war of World War 1. Their operational service began in February of 1915 but, in time, only seventeen of the thirty aircraft were ultimately delivered - the remaining stock withheld for spares. In service, the Gunbuses were not particularly well-received for their tough controlling and awkward flight characteristics. This forced the fleet to be relegated to the training role for the RNAS and these were operated as such until the beginning of 1916.

The Vickers FB.5 (detailed elsewhere on this site), another gunbus design of The Great War, managed a slightly healthier existence with some 224 built and operated by both the British and the French. These were introduced in February of 1915 and were similarly withdrawn in 1916.
Advertisements 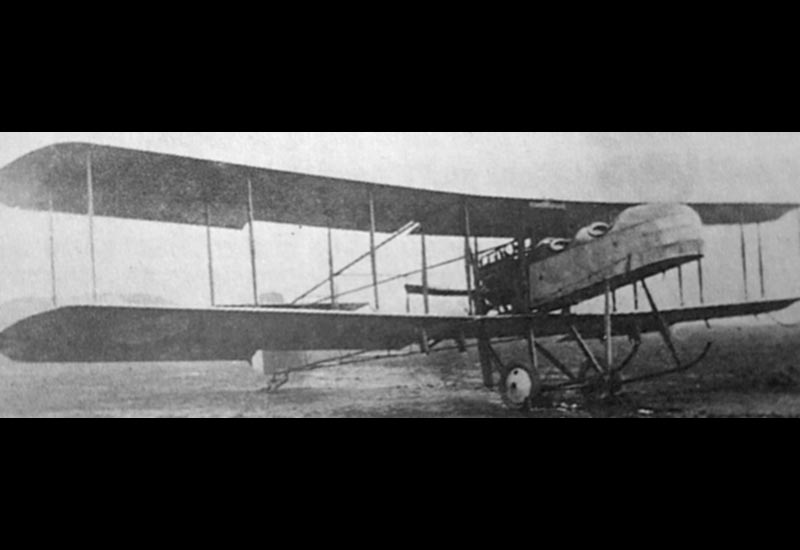