THe Fiat Cr.25 was another promising twin-engined design of the Italians during World War 2 that failed to be developed fully.

Authored By: Staff Writer | Last Edited: 08/07/2017 | Content ©www.MilitaryFactory.com | The following text is exclusive to this site. 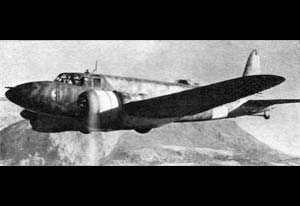 The 1930s and 1940s was the pinnacle of the "heavy fighter", a combat aircraft type bridging the gap between fighter and light bomber. These were platforms typically making use of a dual-engine layout with two (or more) crewmembers and charged with various sortie types including interception, reconnaissance and bomber escort. The FIAT Cr.25 was another Italian entry into this category and the series became nothing more than a limited-run product for the company as the nation went to war alongside ally German in September of 1939.

Following the disappointment that was the Breda Ba.88 ground attack platform (a speedster that suffered when military equipment was installed on it), the Regia Aeronautica (Italian Air Force) still required a steady "twin" with adequate firepower so this led to the service to pursue the CR.25 ad some forty were contracted for to fulfill the reconnaissance role.

FIAT flew the design in prototype form on July 22nd, 1937 and it proved promising. Maximum speed could reach nearly 285 miles per hour and a sufficient operational range of 925 miles was possible. The aircraft could manage altitudes nearing 26,000 feet. Power was from 2 x FIAT A.74 RC.38 air-cooled radial piston engines and each developed 840 horsepower while driving three-bladed propellers. The engines were fitted to each wing mainplane's leading edge in typical fashion.
Advertisements

On the whole, the aircraft was a modern offering for its time. The fuselage was smooth and well-contoured for aerodynamic efficiency. The cockpit was stepped and allowed excellent vision over-the-nose during flight and clear views of either engine should a problem arise. The mainplanes were fitted forward of midships and the tail arrange in a traditional single-finned configuration with low-set horizontal planes. The undercarriage was wheeled at both main legs and a tail wheel brought up the rear. Original proposed armament was 4 x 12.7mm Breda-SAFAT heavy machine guns (all in fixed, forward-firing mounts) and a bomb load of 660lb could be carried for the fighter-bomber role. Construction was of all-metal and relied on lightweight alloys skinned over in fabric.

While the Cr.25 could be operated by a base crew of two, a third crewmember would be added for the bomber configuration to take some of the mission workload away from the other operators.

The primary reconnaissance form was simply designated "Cr.25" and two prototypes were built to satisfy its development. This airframe could also double as a bomber when needed. The "Cr.25bis" was the definitive long-range reconnaissance platform of the series that could double as a fighter or bomber escort and ten were produced to the standard. Its armament was reduced to 2 x 12.7mm heavy machine guns. The "Cr.25D" was the 10th pre-series airframe pulled aside and modified for the VIP passenger transport role - handling service between Rome and Berlin for high-level personnel. The "Cr.25quater" became an abandoned version with greater wing surface area and an improved armament scheme. First-flown in 1940, nothing more came of this mark as far as is known.

Despite the forty-strong order, just ten of the aircraft actually entered service in time for the fighting of World War 2. Those that did fight see service fought under the banner of the 173rd "Strategic Land Reconnaissance Squadron" from July 1941 on. In service, the fleet was primarily used to escort Italian convoys and undertook this role until January 1943, by which point the series was withdrawn from frontline service. The Cr.25 therefore became another Italian twin-engined design that failed to find the needed support from within to become something greater to the Italian war effort. No more than twelve aircraft were produced.
Advertisements

(Showcased performance specifications pertain to the base Fiat Cr.25 production variant. Compare this aircraft entry against any other in our database or View aircraft by powerplant type)
STANDARD:
4 x 12.7mm Breda-SAFAT heavy machine guns in fixed, forward-firing mounts.

OPTIONAL:
Up to 660lb of conventional drop ordnance. 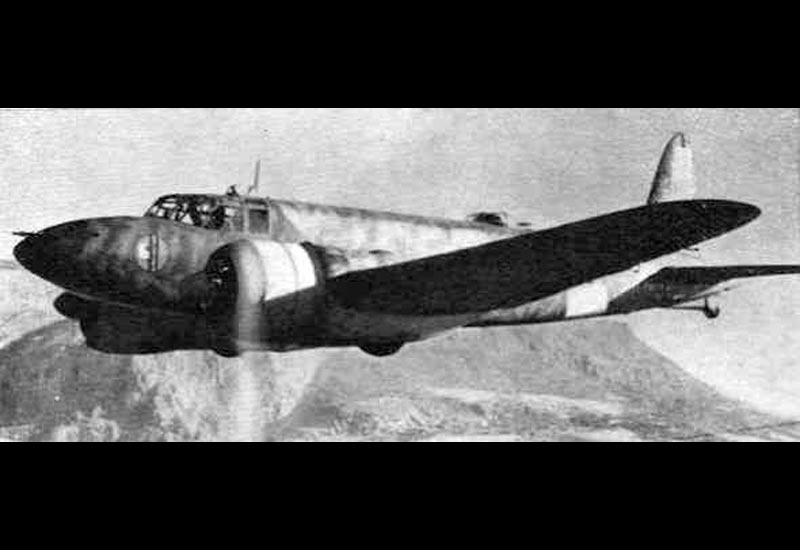