The Savoia-Marchetti SM.91 was a sound twin-engine concept of the Italians during World War 2 - however wartime factors played a role in its demise.

Authored By: Staff Writer | Last Edited: 08/01/2017 | Content ©www.MilitaryFactory.com | The following text is exclusive to this site. 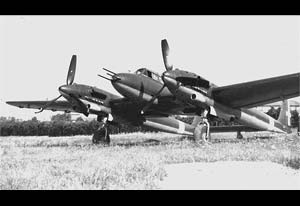 Prior to World War 2 in 1938, the Italian Air Force (Regia Aeronautica) fashioned a new request for an equally-new heavy fighter concept to fulfill the roles of bomber escort, interceptor, fighter-bomber and reconnaissance. This tall order was answered by only a few local industry players including Savoia-Marchetti. Initially, the company offered the SM.88, a twin-engined, twin-boom fighter seating three crew and powered by the German Diamler-Benz DB601 series inline. A first-flight was had during 1939 but the engines were needed by Germany and the Italians decided to continue their commitment to flying the German Messerschmitt Bf 110 "twin" for the time being.

In 1941, a new request by the service was fashioned for a similar twin-engined heavy fighter, this time with a focus on long-range performance and heavy firepower. Savoia-Marchetti developed the SM.91 and SM.92 (the latter detailed elsewhere on this site) around this revised requirement which was to rely on the German Diamler-Benz DB605 series inline engine. The crew was reduced to two and armament was to be centered on no fewer than 6 x 20mm MG151 autocannons. A single heavy machine gun would be fitted at the rear to protect the aircraft's critical "six". Range was to reach 1,000 miles and power would allow for speeds reaching 395 miles per hour.©MilitaryFactory.com
Advertisements

Again, company engineers used a twin-boom layout. The engine nacelles were positioned at the wing leading edges and formed the forward section of the booms, these assemblies then reaching beyond the trailing edges and joined at the rear by a shared horizontal stabilizer. Straddling this plane were a pair of vertical tail fins. The crew positions (tandem seating) were concentrated at center in a fuselage "pod" and aft of a short nosecone assembly. The wing mainplanes were straight in their general design with rounded tips. A "tail-dragger" undercarriage was featured for ground-running. Construction was of all-metal.

Armament became 5 x 20mm MG151 autocannons and these were positioned as a primary battery of three guns at the nose with the remaining pair as single installations at either wing root. The rear crewman managed a single 12.7mm Breda-SAFAT machine gun on a trainable mounting. In addition to this a bomb load of 3,615lb could be carried.

Power was served from 2 x Daimler-Benz DB605A-1 V12 liquid-cooled, supercharged inline piston engines of 1,290 horsepower each and these were used to drive three-bladed propellers in traditional fashion.

A first-flight in prototype form was had on March 11th, 1943 and two examples were ultimately being worked on. As tested, the SM.91 showcased a maximum speed of 363 mph and a range out to 995 miles. Its service ceiling was 35,425 feet and rate-of-climb reached 2,660 feet-per-minute.

However, all the work on the SM-91 came to moot for the Italians surrendered to the Allies in September of 1943 and the Germans soon vacated the country thereafter to reassemble their defenses. During the action, the Germans claimed both prototypes and both were eventually destroyed before war's end. As such, the SM.91 was only able to accomplish basic flight testing for its time in the air, its potential never having been fulfilled. The second prototype was tested by the Germans as late as July 1944 but this specimen was lost in the aggressive Allied air bombing campaign.

For a time in its development, the SM.91 was also proposed with British Rolls-Royce "Merlin" 620 series engines of 1,300 horsepower (each) but this initiative came to nothing.©MilitaryFactory.com
Note: The above text is EXCLUSIVE to the site www.MilitaryFactory.com. It is the product of many hours of research and work made possible with the help of contributors, veterans, insiders, and topic specialists. If you happen upon this text anywhere else on the internet or in print, please let us know at MilitaryFactory AT gmail DOT com so that we may take appropriate action against the offender / offending site and continue to protect this original work.
Advertisements

Up to 3,615lb of conventional drop ordnance. 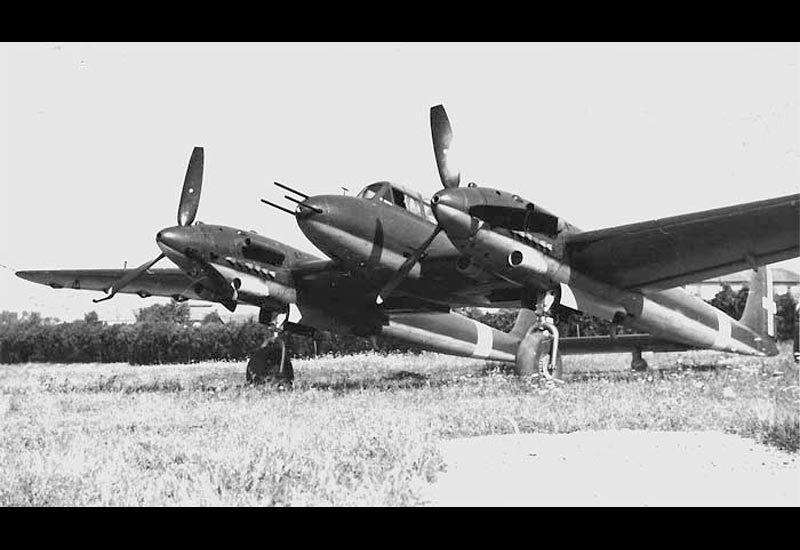