Authored By: Staff Writer | Last Edited: 11/18/2020 | Content ©www.MilitaryFactory.com | The following text is exclusive to this site. 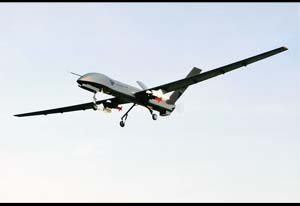 The CASC CH-4 is a dedicated Unmanned Combat Aerial Vehicle (UCAV) of Chinese origin. It is said to borrow heavily from the proven existing line of American MQ-9 Reaper UCAVs. Both are intended for the strike mission role through various precision-guided munitions and are designed to loiter over target areas for hours (the CH-4 sports a fourteen hour mission endurance window). Externally, comparisons to the American product are justifiable for the Chinese interpretation of the proven machine bears more than a passing resemblance to the MQ-9 right down to the outward-cranked tail fins (though there is no ventral fin), straight mainplane wings and fixed tricycle undercarriage - Chinese industry has not been shy in the past about copying foreign solutions to solve local problems.

The CH-4 is one of a long line of UAV products in the CASC "Rainbow" series of unmanned systems that include the CH-1, CH-2 and CH-3. Upon introduction, the CH-4 represented the largest of the Rainbow offerings and is currently marketed in two distinct forms: the "CH-4A" to be used primarily for reconnaissance and the "CH-4B" for the armed reconnaissance / general attack role.

As in the Reaper design, the CH-4 UCAV relies on a slender fuselage body containing the optics fit, avionics set, fuel stores and engine installation (the engine drives a similar three-bladed propeller unit at the rear of the fuselage in a "pusher" arrangement). At the "chin" position is a blister housing the sensor kit with both Infra-Red (IR) and daytime (with zoom) capabilities as well as a laser rangefinder. The armament loadout supports both modern Chinese Anti-Tank Guided Missiles (ATGMs) as well as precision-guided drop bombs - up to 770lb of ordnance can be displayed across four to six total underwing hardpoints.

Currently (2017), the only known operators of the CH-4 are Egypt, Iraq and Saudi Arabia. The Iraqi military has already put the CH-4 through its combat paces against ISIS forces while the Saudis have deployed some of their fleet against Houthi rebels in that ongoing war. CASC is in talks with the Saudi Kingdom to arrange for local production of several hundred CH-4 drones for the oil-rich nation.

The CH-5 represents a slightly more advanced version of the CH-4, first-flying in August of 2015. This product features improved performance specifications including greater endurance and altitude.

(Showcased performance specifications pertain to the base CASC CH-4 Rainbow production variant. Compare this aircraft entry against any other in our database or View aircraft by powerplant type)
Four to six underwing hardpoints for the carrying of anti-tank / air-to-surface guided-missiles and precision-guided / conventional drop bombs / ordnance. Mission payload of up 770lb. 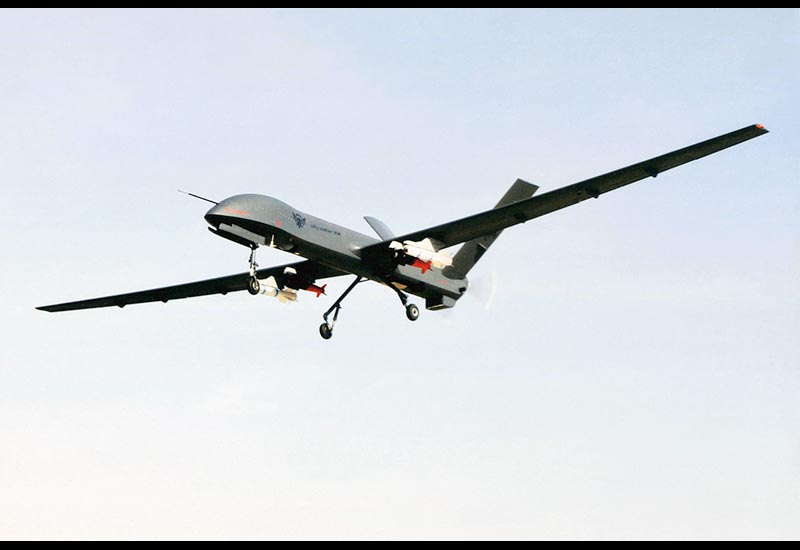