Produced from 1968 until 1998, the Bell Model 212 helicopter found homes in many inventories spanning several global operators. 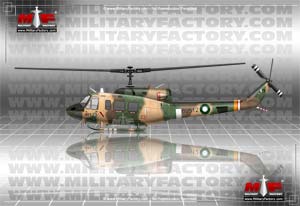 The Bell Model 212 helicopter ("Twin Two-Twelve") was originally developed by Bell Helicopters for the Canadian military under the designation of CUH-1N (to become the CH-135 "Twin Huey" in service). It was based on the established framework of the earlier Bell Model 205 helicopter product which was, itself, developed along with the Bell Model 204 as civilian market offshoots of the successful military "Huey" line (the Model 212 closely associated with the UH-1N). As in those designs, the Model 212 relied on a single-engine configuration and had a twin-bladed main rotor and twin-bladed tail rotor unit. It eventually found a modest stable of global customers that included Canada, Colombia, Croatia, Germany (West Germany), Greece, Japan, Serbia, Slovenia, Thailand and the United States.

The Model 212 achieved first-flight in 1968 and was introduced that same year. Production then spanned from 1968 until 1998. Back in 1988, manufacture of the series moved from the United States to Canada (though still produced under the Bell Helicopter brand label).

In both form and function, the Model 212 was indicative of the whole Huey line. It featured its crew of one or two seated at front in a side-by-side arrangement. Automobile-style doors were granted to each crewman for easy entry-exit. The passenger cabin was designed to seat up to fourteen. Overall length of the aircraft was 57 feet with a rotor diameter of 48 feet and a height of 12.6 feet. Empty weight was 6,530lb against an MTOW of 11,200lb. Power was provided by a Pratt & Whitney Canada PT6T-3 (or PT6T-3B) turboshaft engine. This drove both the main rotor atop the cabin as well as the tail rotor (offset to portside) atop the vehicle tail fin. Output of this engine fit was 1,800 horsepower. Performance specifications included a maximum speed of 140 miles per hour and range was out to 240 nautical miles. Its service ceiling reached 17,400 feet with a rate-of-climb reaching 1,745 feet-per-minute.

The Model 412 was an offshoot of the Bell 212 line and incorporated a four-bladed main rotor as well as two engines in its make-up. Foreign (licensed) production of the Model 212 was taken up by Agusta-Bell of Italy (as the "AB212") and its Anti-Submarine Warfare (ASW) derivative became the "AB212 ASW". The Eagle 212 "Single" was a local Canadian development that substituted the PWC engine with the Lycoming T53-17 (or T53-BCV) turboshaft.

Model 212 helicopters continue to serve in several roles today despite their 1960s heritage - some with navy and coast guard services and others with police forces.
Advertisements

(Showcased performance specifications pertain to the base Bell Model 212 production variant. Compare this aircraft entry against any other in our database or View aircraft by powerplant type)
Typically none though militarized gunship forms can sport door-mounted 7.62mm machine guns on pintles and wingstubs can support rocket pods.

(Not all ordnance types may be represented in the showcase above)
Model 212 - Base Series Designation. 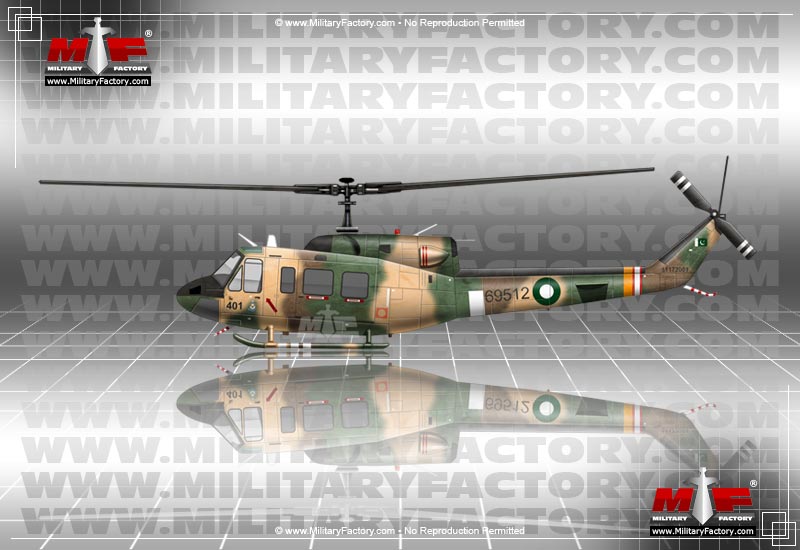