Authored By: Staff Writer | Last Edited: 08/20/2021 | Content ©www.MilitaryFactory.com | The following text is exclusive to this site. 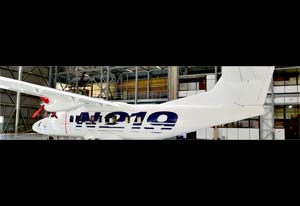 As an archipelago nation, Indonesian commerce and tourism lives and dies by the aircraft. As such, measures have been taken by the government and local industry to invest in equally-local solutions to growing demand and this has revealed a viable indigenous aircraft design, development and manufacturing market. One of the rising products is the N-219, a light utility transport with both civilian and military market potential. The aircraft is based on the CASA C-212 "Aviocar" and first-flown in March of 1971 and produced by Spain (and already operated by Indonesia). Indonesia Aerospace (IAe) is the local concern heading up development of the N-219 which seeks a market target price of under $5 million per unit.

A single prototype has been completed (2017) and entered into flight testing with a first-flight scheduled for some time in 2017.

Like the C-212 before it, the N-219 relies a high-wing monoplane arrangement for exceptional lift and short-runaway performance. The flight deck is aft of the short nosecone with good views out-of-the-cockpit. The fuselage is slab-sided and tapered towards the empennage. The tail unit is made up of a single vertical fin and mid-mounted horizontal stabilizers. The undercarriage is wheeled at all of the legs and fixed in flight. Internally, there is seating for up to nineteen passengers while the cockpit sits two side-by-side.

Power to the aircraft is through 2 x Pratt & Whitney Canada PT6A-42 engines outputting 850 horsepower each, these mounted under each wing mainplane and driving four-bladed Hartzell propellers (the early alternative was 2 x Honeywell TPE331 series engines but regional availability and cost ultimately won out). Performance includes a cruising speed of 245 miles per hour, a range out to 970 miles and a service ceiling of 10,000 feet. The aircraft will sport a rate-of-climb of 2,000 feet-per-minute and hold strong "hot-and-high" performance capabilities, able to operate from paved and unprepared runways.

As of this writing, the N-219 has secured only local certification with plans to apply for certification abroad - namely in the United States and Europe - in the near future. At least four carriers (all local) have committed to orders of the type to date (2017).

Planned configurations include the standard passenger transport form, a military troop transport, a cargo/logistics hauler, MEDEVAC, surveillance & patrolling and Search and Rescue (SAR).©MilitaryFactory.com
Note: The above text is EXCLUSIVE to the site www.MilitaryFactory.com. It is the product of many hours of research and work made possible with the help of contributors, veterans, insiders, and topic specialists. If you happen upon this text anywhere else on the internet or in print, please let us know at MilitaryFactory AT gmail DOT com so that we may take appropriate action against the offender / offending site and continue to protect this original work.

December 2019 - A first-flight has been recorded of a second prototype related to the development of the N-219. This occurred on December 21st, 2018. Deliveries of a first-batch order are expected during 2019.

August 2021 - IA plans for a floatplane variant of its up-and-coming N219 series twin-turboprop. The addition will be designated "N219A".


(Not all ordnance types may be represented in the showcase above)
N-219 - Base Series Designation.
N-219A - Proposed floatplane variant. 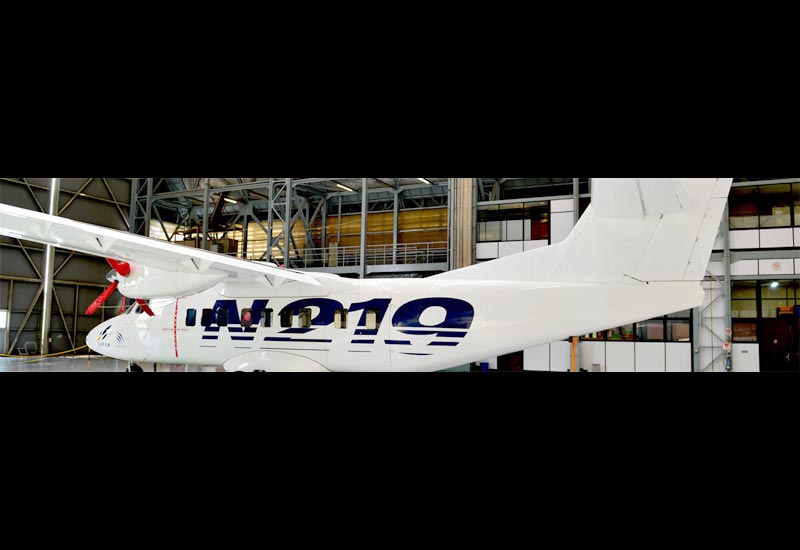