Developed as a carrier-based torpedo bomber, the Sopwith Cuckoo biplane held a short service life from 1918 until 1923.

Authored By: Staff Writer | Last Edited: 10/24/2020 | Content ©www.MilitaryFactory.com | The following text is exclusive to this site. 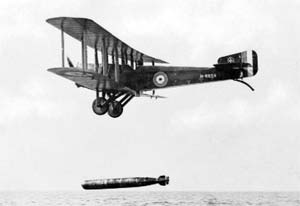 Torpedo bombers, as a military aircraft group, arrived just prior to World War 1 (1914-1918) as advancements in aviation made the carrying of a torpedo weapon a possibility. The British, Americans and Italians all experimented with the concept in one form or another ahead of the Grand Conflict. Once full-blown war was had, naval air services began to operate torpedo bombers with some regularity and aircraft were eventually designed exclusively for the role.

With the war in full swing by October 1916, British authorities looked to the Sopwith Aviation Company - makers of the famous "Camel" fighting biplane - to design and develop a new biplane bomber capable of carrying a torpedo along its belly and able to launch from the deck of a moving ship. This led to the "T.1", a single-seat, single-engined biplane with traditional aircraft qualities that included an open-air cockpit, a fixed wheeled undercarriage and single-finned tail unit. To compensate for limited space aboard carrier ships then available, the wings of the T.1 were designed to fold backwards against the fuselage. As no arrestor gear was fitted, the T.1 could take-off from a ship but not land on it. Instead it was designed for water landings and made recoverable. Its war load amounted to 1 x 1,000lb Mk.IX series torpedo and this was slung under the fuselage. Power was supplied by a Hispano-Suiza 8Ba engine of 200 horsepower in the nose and this was used to drive a two-bladed wooden propeller.

First-flight of the T.1 in prototype form was recorded during June of 1917 and testing was followed by formal evaluations heading into the summer. Content with what they had, the Royal Navy committed to 100 of these aircraft through a first-batch order but a shortage of the require engines meant that the fuselage was reworked to accept the Sunbeam "Arab" powerplant of 200 horsepower output instead. Both Fairfield Engineering and Pegler and Company were tapped to provide the needed production facilities - though neither concern has any experience in the construction of warplanes.

It seemed that much was already working against the promising T.1, which by this time was named the "Cuckoo". To help push serial production efforts, the Navy shifted attention to industry veteran Blackburn Aircraft and a production-quality aircraft arrived for May of 1918. After some practical use of the type, several deficiencies were dealt with that included a revised tail unit and reinforced undercarriage. By October of 1918, both Fairfield and Pegler were able to participate in serial production and lent their available talents to the effort to which some seventy aircraft emerged (50 and 20, respectively).

Despite the commitment, the war wound down to the Armistice of November 1918 and the oft-delayed T.1 was no longer in high demand. Three-hundred Cuckoos were originally ordered though just 232 were realized in all (fewer than 100 were available at the time of the German surrender). The active T.1s were used until 1923 before being retired for good and the line never recorded a combat mission.

Nevertheless, for its short time in service, the T.1 was a well-regarded warplane by British pilots. The replacement Arab engine did not fare well so a stock of 20 aircraft were modified for the Wolseley "Viper" engine of 200 horsepower and these became the Cuckoo Mk.II - making the original models the Mk.I. At least one T.1 was outfitted with a Rolls-Royce Falcon III engine of 275 horsepower but this form was not adopted for serial production. Likewise, the Sopwith B.1 made it as two prototypes and little else.

Beyond the Royal Naval Air Service, the Cuckoo was operated by the Royal Air Force through Squadron Nos.185, 186 and 210. The Imperial Japanese Navy Air Service took on a stock of six aircraft in the Mk.II guise and these were critical to developing Japanese naval doctrine concerning carrier-based aircraft ahead of World War 2 (1939-1945).
Advertisements

(Showcased performance specifications pertain to the Sopwith T.1 production variant. Compare this aircraft entry against any other in our database or View aircraft by powerplant type)
TYPICAL:
1 x 18" Mk.IX torpedo under fuselage centerline. 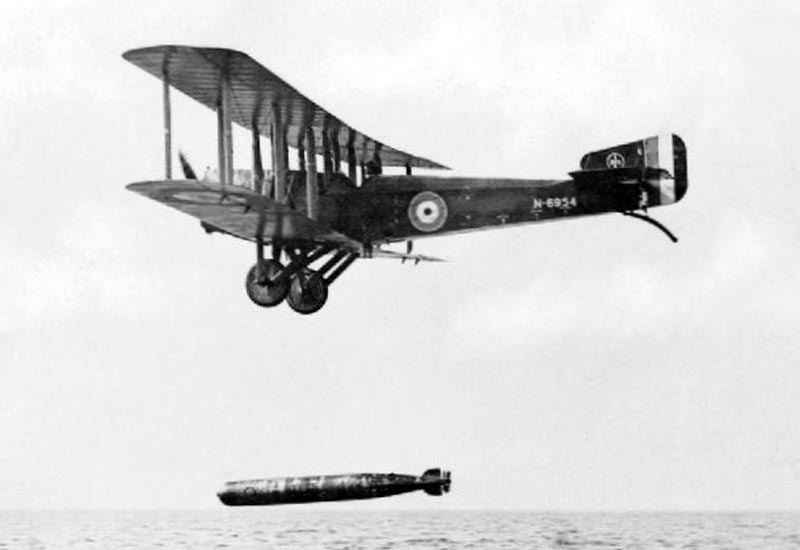