The Aviatik D.VII was an evolution of the preceding D.VI model but, once again, only a single prototype was constructed before the end of World War 1. 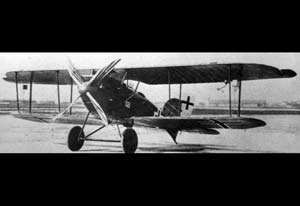 One of the last Aviatik-designed fighters to enjoy development before the end of World War 1, the D.VII served only as an experimental biplane fighter. Of single-seat, single-engine design, the D.VII was an offshoot of the earlier D.VI commitment and evolved by way of redesigned tail surfaces. A first-flight was recorded during October of 1918 but the end of the war in November meant the end to development of this machine.

As tested, the aircraft sported a length of 20 feet, a wingspan of 31.7 feet and a height of 8.1 feet. Empty weight was 1,642lb against an MTOW of 2,085 lb. Power was from a Benz Bz.IIIbm V8 geared liquid-cooled piston engine developing 200 horsepower and driving a four-bladed propeller at the nose (this was the same engine used in the D.VI). Proposed armament was 2 x 7.92mm LMG 08/15 'Spandau' machine guns synchronized to fire through the spinning propeller blades.

When flown, the D.VII recorded a maximum speed of 119 miles per hour and could cruise in the 103 mph range. Rate-of-climb was 800 feet-per-minute.©MilitaryFactory.com
Advertisements

The D.VII's profile was consistent with biplane fighters of the period: an open-air cockpit set behind the upper wing assembly, a slab-sided fuselage and a fixed undercarriage wheeled at the two main members under the fuselage's mass. The upper and lower wing assemblies were joined via parallel struts which created two bays along the wing's length. The wing mainplanes were also of unequal span. The large, four-bladed wooden propeller at the nose was capped by a spinner which aided aerodynamics. The machine gun armament was set over the nose.

Like the D.VI before it, Aviatik designed the D.VII to compete in an upcoming D-type fly-off, this to come in October of 1918. Engine issues derailed the D.VI's attempt to compete in the earlier, second D-type fly-off. Regardless, neither design amounted to much, reaching only the prototype stage and nothing more.©MilitaryFactory.com
Note: The above text is EXCLUSIVE to the site www.MilitaryFactory.com. It is the product of many hours of research and work made possible with the help of contributors, veterans, insiders, and topic specialists. If you happen upon this text anywhere else on the internet or in print, please let us know at MilitaryFactory AT gmail DOT com so that we may take appropriate action against the offender / offending site and continue to protect this original work.
Advertisements

(Showcased performance specifications pertain to the base Aviatik D.VII production variant. Performance specifications showcased above are subject to environmental factors as well as aircraft configuration. Estimates are made when Real Data not available. Compare this aircraft entry against any other in our database or View aircraft by powerplant type)
PROPOSED:
2 x 7.92mm LMG 08/15 Spandau machine guns over the nose synchronized to fire through the spinning propeller blades.

D.VII - Base Series Designation; single prototype completed and flown before the end of the war. 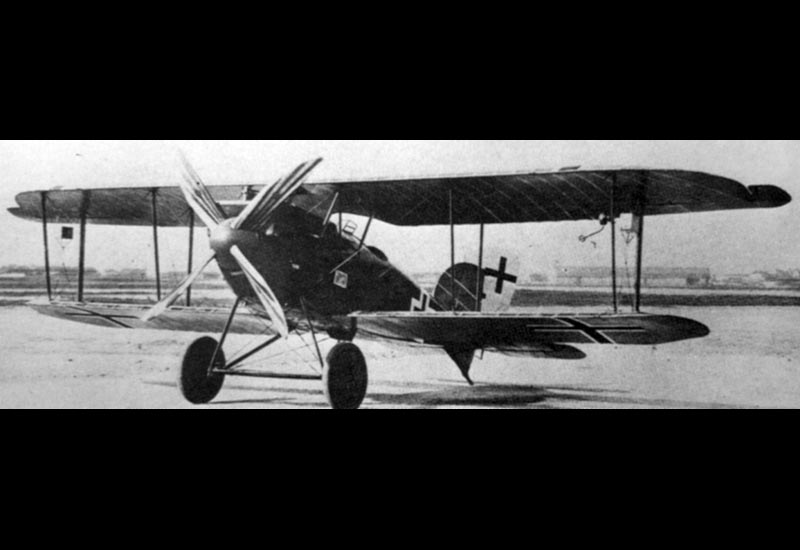