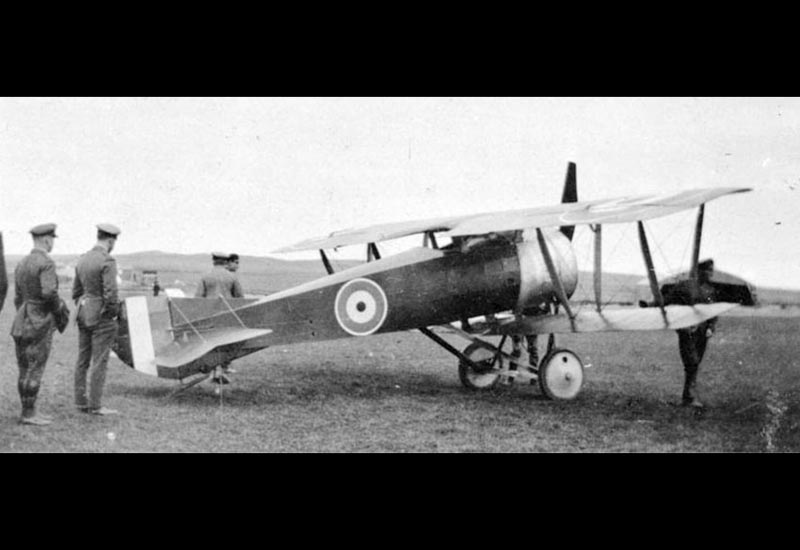 First flying in 1917 during World War 1, the Alcock A.1 fighter was not pursued after crashing in early 1918.

The Alcock A.1 (also known as the "Scout" and "Sopwith Mouse") was born at Royal Naval Air Service Moudros by Flight Lieutenant John Alcock during World War 1 (1914-1918). The fighter was of largely conventional biplane design, seating a sole crewmember and powered by a single engine. To expedite development, sections of existing fighter types (mainly from the Sopwith product line) were used to bring the machine together. In the end only a sole flyable prototype was completed and a crash in early-1918 ended its time in the skies, its potential as an in-service wartime military fighter for Britain never realized.

Lt Alcock began work on the new "fighting scout" during mid-1917 as the World War continued to rage on with no signs of ending. The makeup of the biplane involved the forward fuselage and lower wing sections of the Sopwith Triplane coupled with the upper wing assemblies of the Sopwith Pup biplane (parallel support struts being featured). To this was added an all-new tail section including original rear fuselage. The tailplane and elevator control surfaces of the Sopwith Camel biplane fighter rounded out the mix of aircraft parts used to create the new biplane. Armament was a single 7.7mm Vickers Machine Gun and power was from a Clerget 9Z 9-cylinder rotary engine of 110 horsepower (driving a two-bladed propeller at the nose). The undercarriage was fixed and wheeled at the main members (these located under the forward fuselage). The pilot's position was behind and under the upper wing element, seated in an open-air cockpit.
Advertisements

Dimensions of the Alcock A.1 included a length of 5.8 meters, a wingspan of 7.4 meters and a height of 2.3 meters.

As the aircraft was made up of a collection of Sopwith aircraft-related components it came to be known as the "Sopwith Mouse" by its circle of creators.

A first-flight of the sole prototype completed was had on October 15th, 1917 at Moudros in the North Aegean Sea and several flights were made with the machine into 1918 - the last year of the war. However, during the early part of 1918, the Alcock Scout suffered a crash which all but derailed the interesting fighter project. As the aircraft was deemed a complete loss, development on the product stopped in full. The war was over in November of 1918 anyhow and further helped to end the need for another biplane in service with Britain.

A.1 - Base Series Designation