The Curtiss XP-31 Swift monoplane fighter prototype lost out to a Boeing product that would become the P-26 Peashooter series.

Authored By: Staff Writer | Last Edited: 05/18/2022 | Content ©www.MilitaryFactory.com | The following text is exclusive to this site. 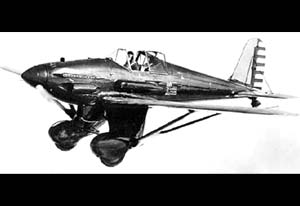 Curtiss Aeroplane and Motor Company was a major player in the fighter industry during the 1920s and 1930s. One of the many contributions of the period became the prototype XP-31 "Swift" monoplane. Only one was ever built as it lost in competition to a Boeing design which became the famous P-26 "Peashooter" monoplane fighter (detailed elsewhere on this site).

The XP-31 was a product of its time, appearing in-between the major World Wars where spatted undercarriages, enclosed cockpits and metal skinning were becoming the norm. Work began in 1931 by Curtiss and involved a braced, low-mounting monoplane wing structure with traditional single-finned tail unit. The main landing gear legs were heavily faired over (from leg to wheel) and the engine was set within a streamlined nose. The single pilot sat in an enclosed cockpit space just aft of the wing mainplanes.

In its original form, the Swift was powered by a Wright T-1820 "Cyclone" air-cooled radial engine of 700 horsepower at the nose driving a two-bladed propeller unit. A first-flight was recorded in July of 1932. This aircraft carried with it full-span, retractable leading-edge slats and trailing edge flaps for maximum low-speed control. When performance was shown to be lacking in this initial iteration, the aircraft was re-engined to carry the Curtiss GIV-1570-F "Conqueror" 12-cylinder engine of 600 horsepower with Prestone cooling (now driving a three-bladed propeller). This model was formally accepted for the USAAC competition against the Boeing entry.

However, despite the testing scheduled for Match 1st, 1933, the XP-31 had already been surpassed by the superior Boeing design and chosen as the next fighter for the USAAC. As such, the XP-31 quickly fell to history and the sole example was ultimately scrapped in 1935.

(Showcased performance specifications pertain to the Curtiss XP-31 production variant. Performance specifications showcased above are subject to environmental factors as well as aircraft configuration. Estimates are made when Real Data not available. Compare this aircraft entry against any other in our database or View aircraft by powerplant type)
PROPOSED:
2 x 0.30 caliber Browning M1919 machine guns in engine cowling.
2 x 0.30 caliber Browning M1919 machine guns in fuselage "cheek" positions. 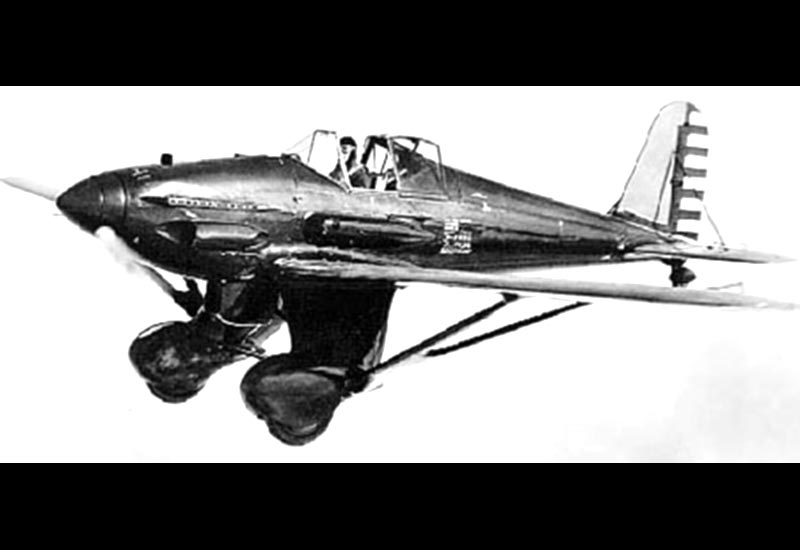