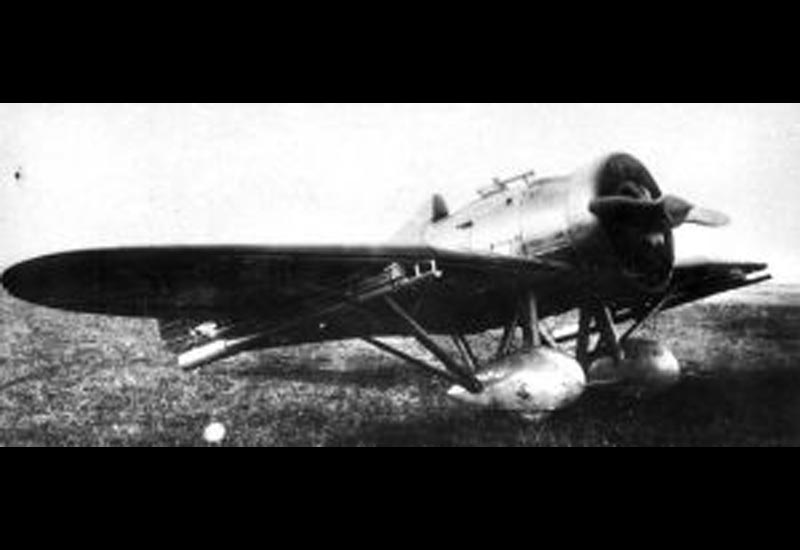 Limitations of the Grigorovich I-Z fighter design soon crept in to limited production of the type to fewer than 100 units.

Authored By: Staff Writer | Last Edited: 05/28/2019 | Content ©www.MilitaryFactory.com | The following text is exclusive to this site.
In the early 1930s, Dmitri Grigorovich, and the design bureau that bore his name, was charged with development of a new single-seat monoplane fighter for the Soviet Air Force. One of the chief qualities of its design would be mounting the new 76.2mm recoilless rifle developed by L.V. Kurchevski so the aircraft would have to be of considerable strength to manage the weapon. If successful, the fighter would become one of the most powerful of its type anywhere in the world - a danger to any bomber aircraft of the period.

Work began in mid-1930 and the program was given the designator of "Z" (Zet). Grigorovich had a working relationship with another aircraft-maker, Nikolai Polikarpov, and helped the Polikarpov design bureau bring the I-5 biplane fighter program to fruition. This exposure allowed Grigorovich to use the I-5's forward fuselage and engine fit to expedite development of his Z-fighter which came to be known as the "I-Z".

A low-wing monoplane form was used and the single pilot sat in an open-air cockpit above it. The fuselage tapered to the tail to which a single rudder was fitted along with high-mounted horizontal planes. The tail-dragger undercarriage was wheeled at only the two main legs, a skid being used under the tail unit. Power was from a French-originated Gnome-Rhone "Jupiter VI 9-cylinder radial piston engine (air-cooled) outputting 525 horsepower and driving a simple two-bladed propeller at the nose. Dimensions of the aircraft were a length of 25 feet and a wingspan of 37.8 feet. Empty weight became 2,600lb against an MTOW of 3,635lb.

Proposed armament - key to the success of the I-Z - was 2 x 76.2mm Kurchevski DRP recoiless rifles, one slung under each wing unit. The weapons were inherently single-shot by design so no ammunition supply was required to be built into the I-Z's wings or frame. Of note is the high positioning of the tailplanes and this was done to contend with the hot exhaust generated by these guns. Secondary armament was a single 7.62mm PV-1 machine gun in the fuselage, synchronized to fire through the spinning propeller blades. This weapon was to serve more as an aiming device than anti-aircraft measure.

Metal construction was used throughout the I-Z where possible, marking a shift in aircraft design philosophy which would soon see all-metal types appearing regularly. Fabric was used for skinning the machine and steel tubing strengthened various members.

The first I-Z prototype made it airborne in mid-1931 and a second prototype example appeared the following year as the "I-Zbis". In 1933, some 22 preproduction models followed and these differed in carrying the local Soviet version of the Gnome-Rhone engine, the "M-22" radial outputting 480 horsepower under a revised cowling assembly. Wooden wings were also used over the earlier model's metal forms.

In the air, the I-Z managed a maximum speed of 161 miles per hour and ranged out to 375 miles. The service ceiling for the aircraft reached 23,000 feet and time-to-altitude was 14 minutes to 5,000 meters.

Grigorovich then moved on another cannon-armed fighter - the "IP-1".