The Sud-Ouest SE.580 was in development during World War 2 but cancelled in 1947 with the arrival of the jet age. 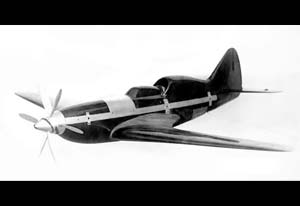 French aero-industry faced all manner of disruption with the arrival of World War 2 in 1939. With the fall of France in May-June of 1940, many projects were cancelled, shelved or turned over to the Germans for the foreseeable future. The SNCASE / Sud-Est SE.580, arriving as a potential high-powered fighter for the French Air Force and Navy services, was one product that managed to eke out an existence prior to, during and after the war. However, technical issues and outside influences soon doomed the project as the 1940s wound down.

The SE.580 began life from design studies undertaken by SNCAM in 1940 and was then known as the M.580. When the company was taken over by SNCASE (Sud-Est), the designation was revised to become SE.580. Work on the product was slow due to the German invasion and much slower during the occupation period. Wind tunnel testing was finally had in 1943 and, at this stage, the aircraft was envisioned to possess a pair of Hispano-Suiza 12Z series engines seated in line and driving a contra-rotating propeller unit at the nose. Beyond this, the aircraft was given modern features such as a retractable undercarriage, enclosed cockpit and low-set monoplane wings. All-metal construction would greet its makeup while control surfaces were be finished in fabric. A major design element proving unconventional to aircraft of the age was a large dorsal scoop positioned immediately behind the cockpit to cool the radiator fit. Excess air would be exhausted through a ventral port.

As the SE.580 was to fulfill the role of dedicated fighter, able to match toe-to-toe against anything the Germans possessed at this stage, the aircraft would be armed through 1 x 30mm automatic cannon firing through the propeller hub and 4 x 20mm automatic cannons (2 per wing) coupled with 8 x 7.5mm machine guns (4 per wing) found at each wing. This armament battery was rather considerable when compared to contemporaries and gave the fighter a viable punch against enemy fighters and larger bomber types. There was also provision had for underwing hardpoints (one per wing) to which each station could manage up to 1,100lb in conventional drop ordnance.

During development, the decision was made to move on from the proposed tandem engine arrangement to a single engine installation. This became the Hispano-Suiza 24Z (24-cylinder) engine of 3,600 horsepower output (the contra-rotating propeller was still in play).

From this promising work emerged a French Air Force contract for two prototypes and this was followed for a separate commitment by the French Navy for another pair of aircraft to trial as the SE.582. With the end of the war coming in 1945, work on the SE.580 series continued into 1946 though technical issues with the intended engine fit forced engineers to select the Arsenal 24H series engine of 4,000 horsepower output in its place. This inevitably led to alterations being forced on the fuselage to accommodate the new powerplant and the contra-rotating propellers were given up in favor of a simpler single five-bladed unit. Despite the work already had on the design, these issues as well as the rise of jet-powered military fighters, led to the cancellation of the SE.580/SE.582 in 1947.

As designed, the SE.580 had estimated performance figures that included a maximum speed of 465 miles per hour (30,500 feet), a service ceiling of 44,620 feet, a range out to 1,710 miles and a rate-of-climb nearing 3,280 feet-per-minute.©MilitaryFactory.com
Note: The above text is EXCLUSIVE to the site www.MilitaryFactory.com. It is the product of many hours of research and work made possible with the help of contributors, veterans, insiders, and topic specialists. If you happen upon this text anywhere else on the internet or in print, please let us know at MilitaryFactory AT gmail DOT com so that we may take appropriate action against the offender / offending site and continue to protect this original work.
Advertisements

(Showcased performance specifications pertain to the Sud-Ouest SE 580 production variant. Performance specifications showcased above are subject to environmental factors as well as aircraft configuration. Estimates are made when Real Data not available. Compare this aircraft entry against any other in our database or View aircraft by powerplant type)
PROPOSED:
1 x 30mm cannon firing through the propeller hub.
4 x 20mm cannons in wings (two per wing).
8 x 7.5mm machine guns in wings (four per wing).

OPTIONAL:
Up to 1,102lb of drop stores across two underwing hardpoints (one per wing). 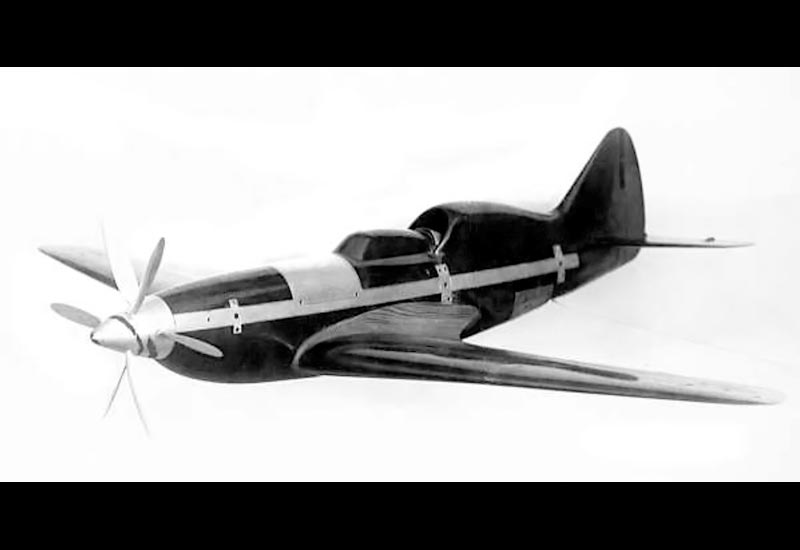 Image from the Public Domain; Wind tunnel model showing what the SE 580 looked like in flight.