The Hawker P.1005 project faced an uphill battle during World War 2 - its prototypes and production order were eventually cancelled. 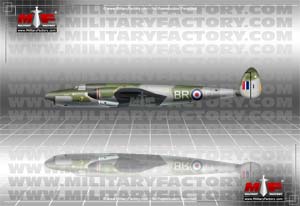 The Hawker aircraft concern of World War 2 fame is primarily remembered for its contribution of the classic Hawker Hurricane monoplane fighter - the real star of the Battle of Britain. Prior to that it made its mark across several notable biplane fighters of the 1920s and 1930s. So when, in late 1940, the opportunity to design and develop a new high-speed light bomber for the Royal Air Force (RAF) arose, the venture was set to take the company in an all-new direction.

The resulting design, P.1005, fell in line with another twin-engine development of the period - the famous de Havilland DH.98 "Mosquito". Both types were designed around the concept of a light bomber and long-range fighter with speed being the optimal quality to help the platform avoid enemy air defenses and interceptors. This meant an aerodynamically refined, lightweight airframe with considerable power being generated from the twin-engine layout. Additionally, the aircraft would have to adhere to strict weight tolerances to support the required performance yet still be capable of fielding a strong armament suite for either role. Early thinking set the expected maximum speed at 400 miles per hour and the bomb load was in the 4,000lb range.

The P.1005 was quickly drawn up and, in December 1940, submitted to the Air Ministry for review. Engineers targeted the new Napier Sabre IV liquid-cooled inline piston engine (2,180hp each) for propulsion and an optional feature of the aircraft was a four-gunned (4 x 0.30 caliber Browning) power-operated, retractable dorsal turret for self-defense. The retractable nature of this weapon system allowed the aircraft to retain its streamlined qualities. Air Ministry officials liked what they saw and Specification B.11/41 was created to support the Hawker development in December of 1941.
Advertisements

Some 1,000 of the new light bomber were planned but advancements in the competing DH.98 program curtailed the excitement surrounding the P.1005. Additionally, Hawker and the RAF remained wholly committed to Hawker's other aircraft production schedules. Despite this a pair of P.1005 prototypes were ordered and a full-size mock-up was under construction. It was soon revealed that the in-development Napier Sabre engines would not be ready for any aircraft any time soon - forcing the P.1005 to rely on Bristol Centaurus engines instead and this further limited the operational potential of the twin-engined platform.

With all this against it, the P.1005's production hopes were canceled in June of 1942 and thus ended work on the two prototypes (the mockup was only partially completed and reviewed in February of that year). While the P.1005 fell to the pages of aviation history, the DH.98 went on to have a stellar wartime and post-war career. Hawker, in the meantime, concentrated its efforts on fighter production and development - staying relevant until 1963 after which it was absorbed as part of Hawker Siddeley.

As designed, the P.1005 utilized a traditional twin-engine arrangement as aircraft of the period went. The cockpit was situated aft of a short nosecone and tapered to become the empennage. The empennage was made up of a single horizontal plane with rounded fins straddling the structure. The wing mainplanes were mounted along the forward sides of the fuselage and each held an engine installation. The engines drove four-bladed propeller units. The mainplanes were straight in their general design and had rounded wingtips. A tail-dragger undercarriage rounded out the list of features for the aircraft.

The heavy fighter form would have carried a battery of 6 x 20mm automatic cannons, presumably in the nose. Both the fighter and light bomber models were to feature the optional 4 x machine gun dorsal turret. The bomber form might have also included 2 x 0.30 caliber machine guns in the nose. The bomb load was near 4,000lb.
Advertisements

Up to 4,000lb of conventional drop-ordnance / drop bombs carried. 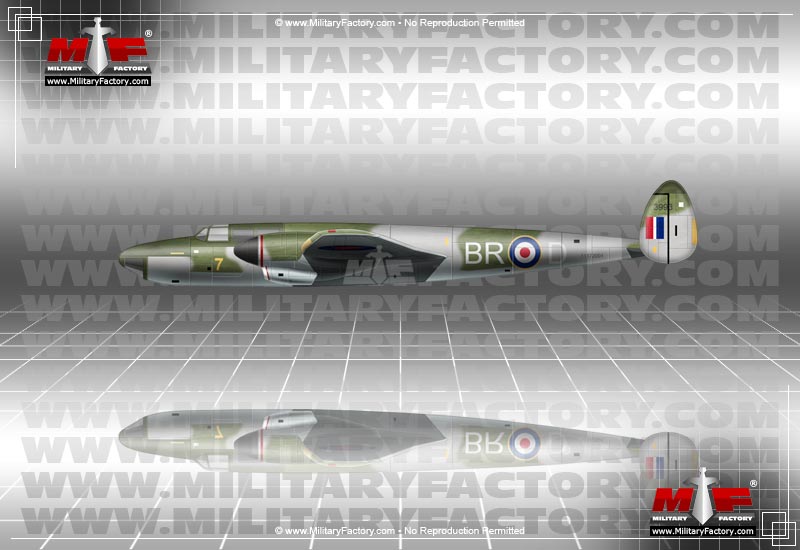