Just under 260 examples of the Airco DH.10 were completed in all - though the type arrived very late for the fighting of World War 1.

Authored By: Staff Writer | Last Edited: 04/25/2019 | Content ©www.MilitaryFactory.com | The following text is exclusive to this site. 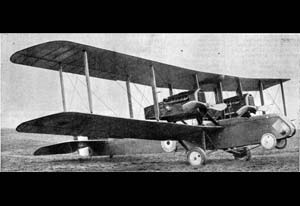 In the final year of World War 1 (1914-1918), Geoffrey de Havilland of AirCo developed an all-new, twin-engined biplane bomber in the form of the "DH.10". A first-flight was had on March 4th, 1918 and the type was introduced in November of that year - the same month the war officially came to a close. As such, the series did not leave its imprint on the Grand War and production was limited to 258 units with most arriving in the ensuring post-war period. The United Kingdom became its sole global military operator and the bomber served across some eight total squadrons in one form or another. Some continued on in civilian service in both the United Kingdom and the United States into the early-1920s.

The DH.10 was built in response to a British requirement for a new bomber to help end the war. de Havilland revised the earlier DH.3 series biplane platform for the specification a prototype was quickly arranged for testing. This form - the "Amiens Mk I" - carried 2 x Siddeley "Puma" engines of 230 horsepower output and configured in a "pusher" arrangement (propellers facing rearward). The design did not impress British authorities who deemed it too slow so this led to a revision of the already-revised aircraft, now fitting 2 x Rolls-Royce "Eagle" VIII series engines of 360 horsepower each in a more traditional conventional "puller" set up. In this form - "Amiens Mk II - the project succeeded. However, due to the unavailability of Eagle engines, the production model - "Amiens Mk III" - was flown with American "Liberty" 12 series engines of 395 horsepower and it was this model that proved the mark-of-choice for the Royal Air Force (RAF) who officially adopted the Amiens as the DH.10.

Amiens Mk III production totaled 221 examples. The Amiens Mk IIIA (DH.10A) was a version numbering 32 examples that flew with their engines fitted to the lower wing assemblies (as opposed to being suspended between the lower and upper wing assemblies as in the Mk III). The Amiens IIIC (DH.10C) was a limited-production model (five examples) that was flown with Eagle engines as insurance against availability of the American Liberty engines.

The DH.10 was received in number beginning in November of 1918 but managed only a single attack sortie against the enemy before the cessation of hostilities arrived through the Armistice - the line did not see combat service from then on, instead being used in other roles like mail delivery in parts of the British Empire and elsewhere. The aircraft served into 1923 before being given up for good.

As completed, the DH.10 featured an operating crew of three. Dimensions included a length of 12 meters with a wingspan of 20 meters and height of 4.4 meters. Empty weight was 5,750lb against a Maximum Take-Off Weight (MTOW) of 9,050lb. Power was from 2 x Liberty 12A V12 engines developing 400 horsepower each and providing a maximum speed of 130 miles per hour with a service ceiling of 19,000 feet and a mission endurance window of six hours. Climb to 10,000 feet was eleven minutes.

Defensive armament was 1 or 2 x .303 Lewis machine guns on trainable (Scarff) wings. The guns were located at the nose and along midships to help provide defense against the slow-moving bomber. Internally there was provision for up to 920lb of conventional drop ordnance.
Advertisements

United Kingdom; United States (civilian market)
(OPERATORS list includes past, present, and future operators when applicable)
✓ Ground Attack (Bombing, Strafing)
Ability to conduct aerial bombing of ground targets by way of (but not limited to) guns, bombs, missiles, rockets, and the like. ✓ Transport
General transport functionality to move supplies/cargo or personnel (including wounded and VIP) over range. ✓ Commercial Aviation
Used in roles serving the commercial aviation market, ferrying both passengers and goods over range.

(Showcased performance specifications pertain to the AirCo DH.10 (Amiens IIIA) production variant. Compare this aircraft entry against any other in our database or View aircraft by powerplant type)
STANDARD:
1 OR 2 x .303 (7.7mm) Lewis Gun machine guns on trainable mountings at nose and midship positions along fuselage. 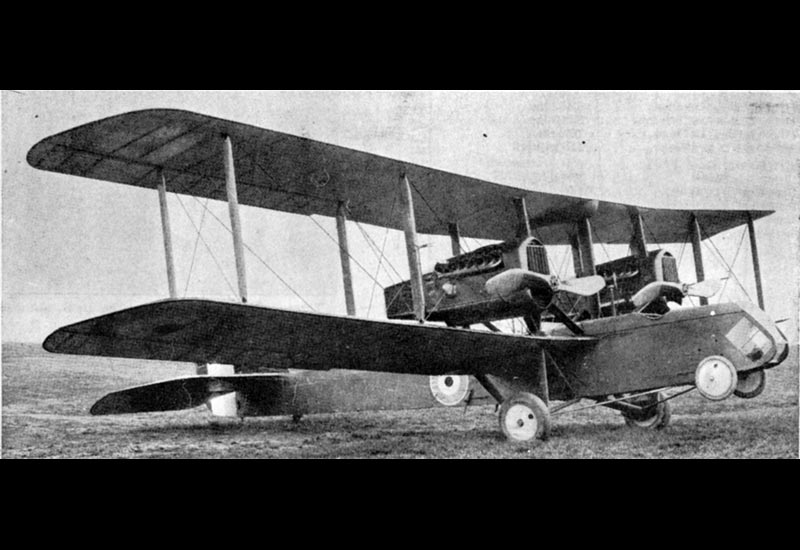