The Bell V-247 Vigilant is being proposed by Bell helicopter for a USMC onboard Unmanned Aerial System requirement.

Authored By: Staff Writer | Last Edited: 04/07/2022 | Content ©www.MilitaryFactory.com | The following text is exclusive to this site. 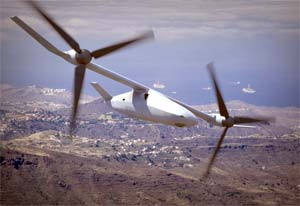 The Bell V-247 "Vigilant", an in-development "tiltrotor" Unammned Aerial System (UAS) concept, was unveiled by Bell Helicopter in September 2016. Its design is intended to satisfy the future vision of United States Marine Corps (USMC) aerial capabilities. As a tiltrotor, the product will incorporated the straightline performance of a fixed-wing aircraft with the vertical take-off and landing capabilities of a helicopter - owing much to Bell's experience with the V-22 tiltrotor product. Such platforms can be used in a myriad of battlefield roles - maritime reconnaissance, offshore resupply of ships, resupply of Forward Operating Bases, target acquisition/tracking, general surveillance and the like.

If the Vigilant program proceeds as intended, serial production is set to begin in 2023.

Helicopters outdo their fixed-wing counterparts by their inherent ability to land on unprepared surfaces, not requiring long distances of runway. This allows them to station on warships or mountain sides and serve in direct contact with forward-operating elements such as infantry. The lack of a pilot and crew means no loss-of-life when operating in hostile, contested areas. A built-in long-endurance quality provides for long operational ranges and increased loitering times - factors typically limiting fuel-thirsty, fast-moving fixed-wing aircraft.

The V-247 is set to be powered by a single propulsion scheme driving the pair of three-bladed, 30-foot diameter rotor units. The rotor units sit along a single high-mounted 65-foot span wing over the fuselage and tilt to push air downwards (for horizontal flight) or forwards (for conventional flying) . Combat range is estimated at 4560 nautical miles (radius) with a time-on-station of eleven hours. Listed weights are 16,000lb empty and 29,500 maximum gross. The payload maximum is 13,000lb and this will consist of variable mission equipment including armament options like the Hellfire missile, JAGMs and the Mk-50 Torpedo held in an internal bay. A modular quality will be built into the payload system to quickly refit the vehicle for a new mission scope. The finalized Vigilant will be suitably-sized for air-transportation in the belly of a USAF C-17 transport aircraft and for service on the flight decks of the current line of DDG-type destroyers of the United States Navy.©MilitaryFactory.com
Note: The above text is EXCLUSIVE to the site www.MilitaryFactory.com. It is the product of many hours of research and work made possible with the help of contributors, veterans, insiders, and topic specialists. If you happen upon this text anywhere else on the internet or in print, please let us know at MilitaryFactory AT gmail DOT com so that we may take appropriate action against the offender / offending site and continue to protect this original work.

April 2022 - Bell unveiled a reworked, dimensionally-smaller maritime version for the USN of its V-247 tiltrotor system. As proposed, the aircraft would have a 28,000lb weight and folding main rotor blades for storage.

(Showcased performance specifications pertain to the base Bell V-247 Vigilant production variant. Compare this aircraft entry against any other in our database or View aircraft by powerplant type)
None. Mainly ISR (Intelligence, Surveillance and Reconnaissance) payload up to 600lb. Proposed support for Mk-50 series torpedo, Hellfire Anti-Tank Guided Missile (ATGM) and new-generation Joint Air-to-ground Missiles (JAGMs) in internal bay.

(Not all ordnance types may be represented in the showcase above)
V-247 "Vigilant" - Proposed series designation and name.

General Assessment
Firepower
Performance
Survivability
Versatility
Impact
Values are derrived from a variety of categories related to the design, overall function, and historical influence of this aircraft in aviation history.
Overall Rating
The overall rating takes into account over 60 individual factors related to this aircraft entry.
54
Rating is out of a possible 100 points.
Relative Maximum Speed
Hi: 400mph
Lo: 200mph
This entry's maximum listed speed (345mph). 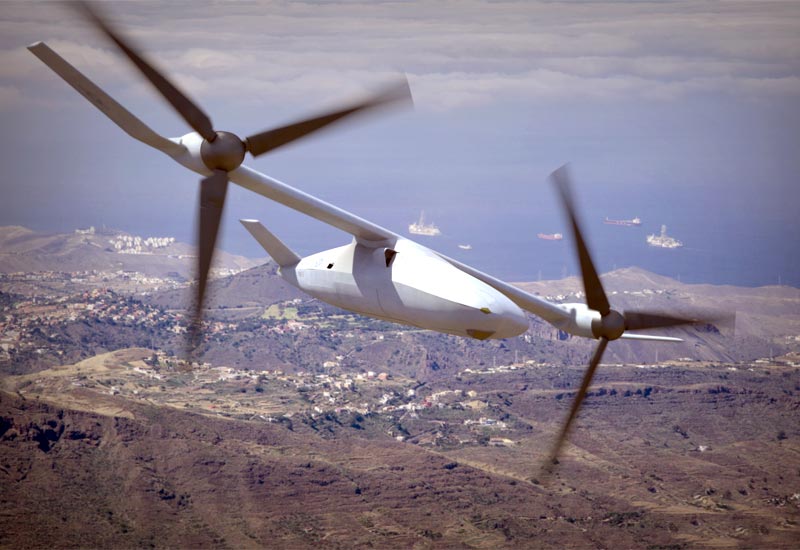