The German-Japanese relationship prior to World War 2 provided Mitsubishi with plans for a militarized form of the Junkers G38 as the Ki-20.

Authored By: Staff Writer | Last Edited: 07/27/2016 | Content ©www.MilitaryFactory.com | The following text is exclusive to this site. 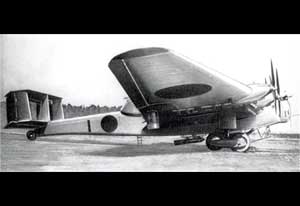 In pre-World War 2 Germany, the concern of Junkers developed their four-engined G38 heavy-haul passenger airliner - representing the largest land-based aircraft anywhere in the world. This massive bird sported wings deep enough to house passenger compartments and provide engine access to the onboard engineers in flight. Only two were built and the first prototype crashed, suffering enough damage to be written off by the company. The second aircraft saw some service in the early years of World War 2 as a military transport but was destroyed by Royal Air Force aircraft while on the ground in Athens, Greece.

Prior to the war in 1932, the Japanese concern of Mitsubishi has secured a license for the model G38 and intended to develop the heavy bomber form from earlier Junkers plans to militarize the product (the Junkers "K.51"). For Japan, this produced the "Army Type 92 designation" and six were commissioned to be built to the standard. The operating crew numbered ten and dimensions included a length of 23.2 meters, a wingspan of 44 meters and a height of 7 meters. Power was served through 4 x Junkers Jumo 204 "inline-6" diesel-fueled piston engines developing 750 horsepower each (the original fit was 4 x Junkers L88 series engines). The aircraft could make headway at 125 miles per hour and weighed 56,105lb when loaded.

Unlike the civilian market-minded G38 for Germany, the Army Type 92 was designed as a military platform from the outset. This meant that it was armed defensively and carried an internal war load as well. 2 x 7.7mm machine guns were fitted to the nose and 1 x 20mm cannon was added to a dorsal position. 2 x 7.7mm were installed in two upper wing turret emplacements and 1 x 7.7mm followed in each of the ventral wing turret locations. The aircraft was cleared to carry up to 11,025lb of conventional drop bombs.

The initial pair of aircraft were assembled from Junkers-provided components by Mitsubishi and this led to an official first-flight recorded in 1932 (with German assistance). The remaining four aircraft of the lot followed from 1933 to 1935 and these relied heavier on Mitsubishi-manufactured components - which provided the company with good exposure to Western aviation design and construction approaches. The Junkers Jumo 204 engine was also produced locally in Japan under license.

When the Japanese commitment to World War 2 grew across the Pacific and Southeast Asia, the Army Type 92 was pressed into service as the "Ki-20" for its long-range bombing capabilities. While operating during the early phases of the war - a war which spanned from 1939 to 1945 - the Ki-20 fleet was not officially identified by outside observers until sometime in 1940 - it operated under a veil of secrecy for its part in the war. However, the aircraft contributed little to the ultimate outcome for Japan as the group of six was reduced to just one example by the end of the war arriving in August of 1945, the others either having been destroyed during the war or in the immediate period following the years-long conflict.

The Ki-20 became the largest aircraft to be operated by the Imperial Japanese Army Air Service branch.
Advertisements

Imperial Japan
(OPERATORS list includes past, present, and future operators when applicable)
✓ Ground Attack (Bombing, Strafing)
Ability to conduct aerial bombing of ground targets by way of (but not limited to) guns, bombs, missiles, rockets, and the like. ✓ Transport
General transport functionality to move supplies/cargo or personnel (including wounded and VIP) over range.

OPTIONAL:
Up to 11,025lb of conventional drop ordnance. 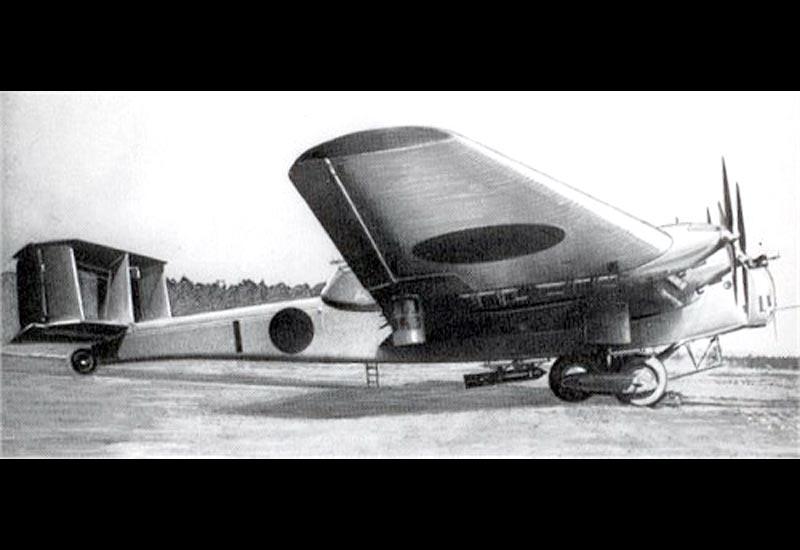