The Avioane IAR 95 Spey was a short-lived Romanian attempt at a lightweight, all-modern multirole fighter.

Authored By: Staff Writer | Last Edited: 09/26/2017 | Content ©www.MilitaryFactory.com | The following text is exclusive to this site. 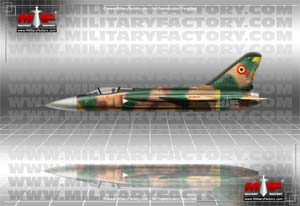 The nation of Romania tried its hand at developing an indigenous lightweight supersonic fighter during the 1970s. The aircraft that came to be known as the IAR 95 "Spey" was to serve the Romanian Air Force in the fighter-bomber role and feature all-modern systems and capabilities for its time. In the end, however, the program suffered from a lack of interest and funding support which led to its official demise during the late 1980s. No tangible work on the series was ever realized beyond a partially-completed full-sized mockup.

The IAR 95 went through several design iterations and some saw it fit a twin-engine (side-by-side) configuration while others utilized a twin-rudder arrangement at the tail. Ultimately, the near-finalized form became a single-engine, single-finned offering which was largely of conventional design. A crew of one or two (seated in tandem) would be seated aft of a streamlined nosecone housing an undeclared radar fit. The fuselage was straddled by rectangular air intakes aspirating the engine within and the spine was raised behind the cockpit to accommodate avionics, fuel and other system-critical components. The spine formed with the base of the single tail fin and the horizontal planes were affixed low and along the aft fuselage sides. The wing mainplanes were low-mounted at midships and given sweep back along their leading edge while their trailing edge was straight. Wingtip mounts were to seat short-ranged Air-to-Air Missiles (AAMs) and multiple hardpoints were seen under the aircraft - across the wings and under the fuselage.
Advertisements

The engine of choice centered on a single Tumansky R-29-300 afterburning turbofan providing 18,300lb thrust on dry and 27,500lb thrust with reheat. This installation would be aspirated by a split-air intake in which rectangular openings were seated at each side of the aircraft.

Some of the proposed values regarding the IAR 95 design included an overall length of 16 meters, a wingspan of 9.3 meters, and a height of 5.45 meters. Empty weight was n the 7,900 kg range against a Maximum Take-Off Weight (MTOW) of 15,200 kg. No performance specifications existed (values on this page are, therefore, purely estimates on the part of the author).

Beyond these details there was little concrete information on the IAR 95. The end result might have been an aircraft akin to the American Northrop F-5 Tiger / Tiger II series of lightweight, multirole design and proving popular on the export stage.
Advertisements

(Showcased performance specifications pertain to the Avioane IAR 95 production variant. Compare this aircraft entry against any other in our database or View aircraft by powerplant type)
PROPOSED:
Up to 7,055lb of externally-held stores to include missiles and bombs. Wingtip missiles were to be standard and some fuselage / underwing stations plumbed for jettisonable fuel tanks.

(Not all ordnance types may be represented in the showcase above)
Hardpoint Mountings: 7 (including wingtip mounts) 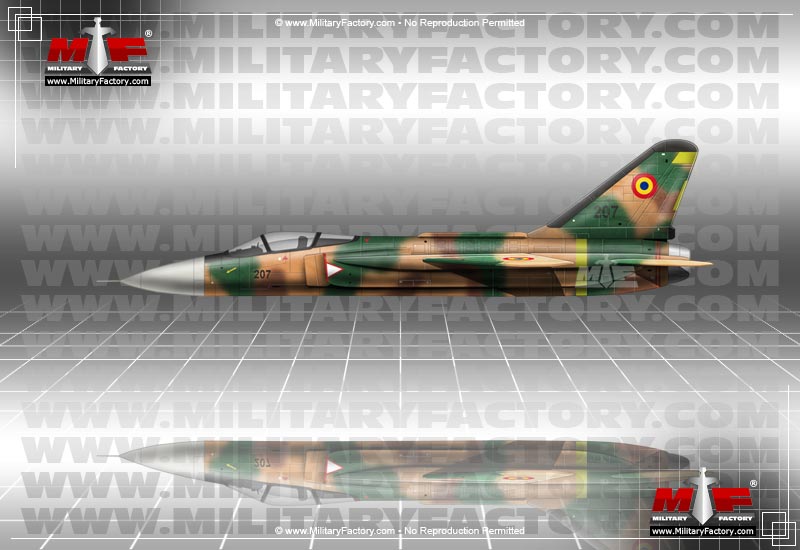