The sole Chinese-originated Chu X-PO fighter prototype was lost at the end of its maiden flight - marking the end of the program as a whole.

Authored By: Staff Writer | Last Edited: 06/21/2018 | Content ©www.MilitaryFactory.com | The following text is exclusive to this site. 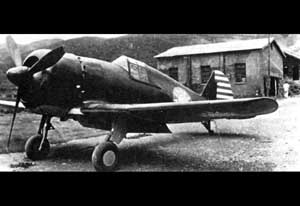 The Second Sino-Japanese War began in July of 1937 and would ultimately total over eight years of fighting when it concluded in September of 1945. It was an offshoot of World War 2 (1939-1945) which was still to officially arrive by way of the German invasion of Poland in September of 1939. However, the Asian-centered clash was as much a part of the Grand War as any other during the period - laying the foundation for the region for the foreseeable future. Up to 1938, Nazi Germany supported the Chinese effort while long-term support was had from the Soviet Union, Britain, and the United States.

By 1941 the situation for China appeared rather bleak in the face of the mighty Japanese military which was conquering all parts of Southeast Asia and the Pacific en route to expanding the Empire's holdings. Such was the desperation on the part of the Chinese that authorities began searching for local measures to stave off complete elimination. As such, Major General Chu Chia-Jen of the Chinese Air Force led a team in the design of an indigenous Chinese monoplane fighter to be known as the Chu "X-PO" (X-PO = "Yen Chui Ling How").

With experience had in locally-manufacturing, servicing, and operating the Curtiss Hawk Model 75 fighter aircraft, engineers fashioned a similar-minded, radial-powered development owing much to the American design. Internally, the structure was made from welded steel tubing with plywood skinning being featured - the latter a requirement due to scarcity of metal in wartime China. The engine was an American Pratt & Whitney R-1830-S1C3-G "Twin Wasp" radial form outputting 1,200 horsepower and a driving a three-bladed propeller at the nose. The fuselage accommodated a sole pilot under a lightly framed canopy held near midships. The wing mainplanes were low-mounted and set ahead of midships in the traditional way. The undercarriage, of "tail dragger" arrangement, was made retractable. By and large, the fighter offering was highly conventional for the period.

Proposed armament became 2 or 4 x 20mm Hispano-Suiza cannons fitted in underwing fairings. Along the fuselage centerline would reside a bomb rack so the aircraft could take on a fighter-bomber role when needed, carrying either conventional drop bombs or even a torpedo.

Serial production was arranged at Kunming and a prototype form was finally readied and recorded its first-flight during 1943. However, this maiden flight proved to be the aircraft's last as the system was brought in too fast and crashed - being labeled a complete loss for the program. Despite this misstep, the Chinese effort was saved with the American entry into the war during December 1941. In time, surplus fighters would come to the Chinese to the point that there proved little need to push a local fighter design into the war.

(Showcased performance specifications pertain to the base AFAMF Chu X-PO production variant. Compare this aircraft entry against any other in our database or View aircraft by powerplant type)
PROPOSED:
2 OR 4 x 20mm Hispano-Suiza autocannons held in underwing fairings.

OPTIONAL:
Conventional drop bombs or a torpedo held along a fuselage centerline rack.

X-PO - Base Series Designation; sole prototype completed and flown but lost in a landing accident.

General Assessment
Firepower
Performance
Survivability
Versatility
Impact
Values are derrived from a variety of categories related to the design, overall function, and historical influence of this aircraft in aviation history.
Overall Rating
The overall rating takes into account over 60 individual factors related to this aircraft entry.
26
Rating is out of a possible 100 points.
Relative Maximum Speed
Hi: 400mph
Lo: 200mph
This entry's maximum listed speed (314mph). 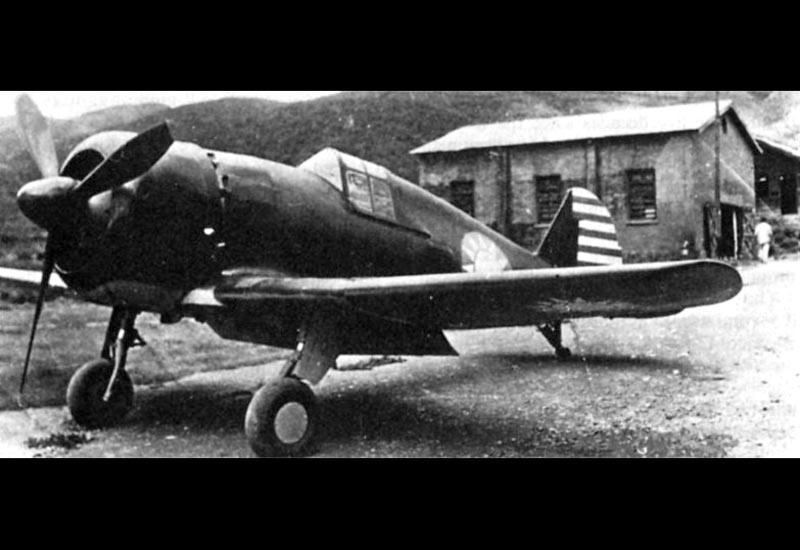