The Sopwith Dragon became a further evolution of the Sopwith Snipe and ordered at the close of World War 1.

Authored By: Staff Writer | Last Edited: 05/11/2016 | Content ©www.MilitaryFactory.com | The following text is exclusive to this site. 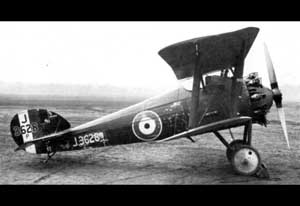 The Sopwith "Snipe" single-seat, single-engine biplane fighter appeared during the latter stages of World War 1 (1914-1918) and nearly 500 of its kind were produced before the end - the last example operating into 1926. During April of 1918, the sixth prototype of the line was pulled aside and re-engined with the ABC "Dragonfly" 9-cylinder radial of 320 horsepower output which promised considerable performance gains. This form - lengthened nearly two feet to accommodate the new, heavier engine - became the Snipe Mk II for a time.

Despite the design showcasing engine issues early on, Royal Air force (RAF) authorities were convinced of its performance potential amidst the ongoing war and, in May-June of 1918, an order for thirty Dragonfly-engined Snipes was delivered. Before long, a new engine fit - the ABC Dragonfly IA radial of 360 horsepower was used - the 30-strong order for modified Snipes was cancelled and an order for three-hundred of the new "Dragonfly" fighters took their place.

As it stood, the Dragon was a conventional biplane fighter design for the period. It fitted its engine installation at the nose driving a two-blade propeller with the pilot seated directly aft. The tail unit consisted of a single vertical tail fin with low-mounted horizontal planes. The mainplanes were equal-span assemblies and connected to one another by way of parallel struts producing a twin bay configuration. The wings were fitted ahead of midships (with the area at the pilot's position cut-out) driving the aircraft's center-of-gravity forward. The main landing gear legs were wheeled and affixed to the fuselage by way of struts. Armament became the standard British fighter configuration of 2 x 0.303 Vickers machine guns synchronized to fire through the spinning propeller blades.

A first-flight involving a prototype was had in 1918 and the early production stock became a mix of converted Snipe aircraft and new-build Dragons - the latter given horn-balanced upper ailerons for improved control and carried the aforementioned Dragonfly IA series engine. Eventually an order for three-hundred Dragonfly aircraft arrived while work was ongoing to alleviate the engine issues.

The end of the war came in November of 1918 and the original 300-strong production order was reduced to 200 examples. The engine troubles were never truly ironed out and the series managed an existence until April 1923 at which point it was deemed obsolete - many Dragonfly airframes remaining engine-less. It never formed a single RAF squadron despite its status as a standardized fighter design and eventually fell to the pages of military aviation history.©MilitaryFactory.com
Note: The above text is EXCLUSIVE to the site www.MilitaryFactory.com. It is the product of many hours of research and work made possible with the help of contributors, veterans, insiders, and topic specialists. If you happen upon this text anywhere else on the internet or in print, please let us know at MilitaryFactory AT gmail DOT com so that we may take appropriate action against the offender / offending site and continue to protect this original work.
Advertisements

(Showcased performance specifications pertain to the base Sopwith Dragon production variant. Performance specifications showcased above are subject to environmental factors as well as aircraft configuration. Estimates are made when Real Data not available. Compare this aircraft entry against any other in our database or View aircraft by powerplant type)
STANDARD:
2 x 0.303 (7.7mm) Vickers machine guns in fixed, forward-firing position over the nose. 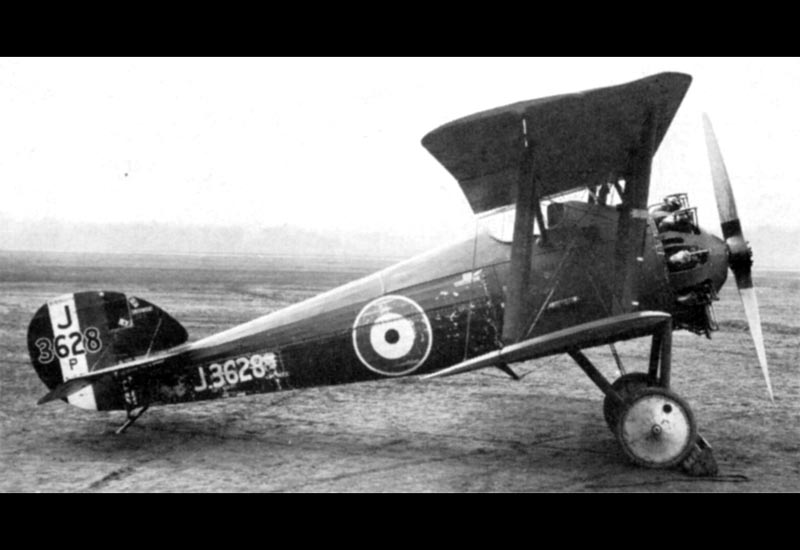