The Mikoyan-Gurevich SN was based on the successful MiG-17 and used to test the validity of trainable forward armament. 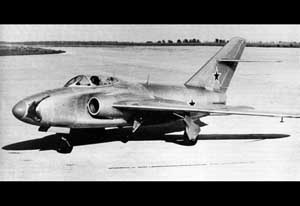 For as long as there have been combat aircraft in the skies over battlefields there have been engineers searching to maximize the value inherent in such platforms. Advancements could come in the form of various additions and changes - more powerful engines, the addition of a second crewman, evolved avionics, and more potent weaponry. The Mikoyan-Gurevich concern of the Soviet Union made its name in the grand air war of World War 2 (1939-1945) over the East Front and the company eventually moved from prop-driven designs to advanced jet-powered forms - striking aviation gold with its MiG-15 offering of Korean War fame (1950-1953).

One experiment to come out of the MiG-15 family line was a proposed fighter development featuring and "articulated" armament system. This development saw a trainable cannon battery fitted to the nose of the aircraft with control given to the pilot to elevate or depress said guns. In this way, the operator held a distinct advantage against a foe in a turning dogfight as he could train these guns on his enemy. The advantage was clear when compared to the alternative - turning the entire aircraft in the direction of intended fire. The MiG-15 in question carried 2 x 23mm cannons in its articulated armament system and trials involving it concluded in 1951.

The general concept continued into 1953 when the MiG-17 had become the primary Soviet Air Force jet fighter. A new, three-gunned articulated mounting system was devised and added to the fighter's nose which forced the nose-mounted intake to be redrawn as a lateral pairing on the fuselage to aspirate the single turbojet (Klimov VK-1A of 5,952lb thrust) within. The armament system was electrically-driven and provided a limited elevation / depression reach for its three guns - these being 23mm TKB-495 systems with one fitted to portside and the other paired along starboard. Collectively, the articulated armament system was recognized as "SV-25".

On the whole, the modified MiG-17 still retained the original design's tail unit, wing elements (with their identifiable twin boundary layer fences), retractable tricycle undercarriage, and single-seat cockpit so its origins were still clear to the trained eye - but the aircraft's profile was permanently changed nonetheless.

The MiG SN held a short service life in testing for advancements made in missile technology soon rendered the rather novel concept of trainable nose-mounted cannon moot. Additionally, there were concerns about the complexity of the overall operation of these weapons (particularly in aiming the guns under the heat of operating a jet fighter aircraft) and in the complete armament system's weight had reached over 1,000lbs which further worked against evolving the concept.

As such, the MiG SN initiative had little to show for itself beyond the sole modified prototype.©MilitaryFactory.com
Note: The above text is EXCLUSIVE to the site www.MilitaryFactory.com. It is the product of many hours of research and work made possible with the help of contributors, veterans, insiders, and topic specialists. If you happen upon this text anywhere else on the internet or in print, please let us know at MilitaryFactory AT gmail DOT com so that we may take appropriate action against the offender / offending site and continue to protect this original work.
Advertisements

(Showcased performance specifications pertain to the base Mikoyan-Gurevich SN production variant. Performance specifications showcased above are subject to environmental factors as well as aircraft configuration. Estimates are made when Real Data not available. Compare this aircraft entry against any other in our database or View aircraft by powerplant type)
1 x SV-25 Armament System - 3 x 23mm TKB-495 cannons in trainable mounted at fuselage nose, one unit set to portside and other paired along starboard.

SN - Base Series Designation; design based on the MiG-17 fighter. 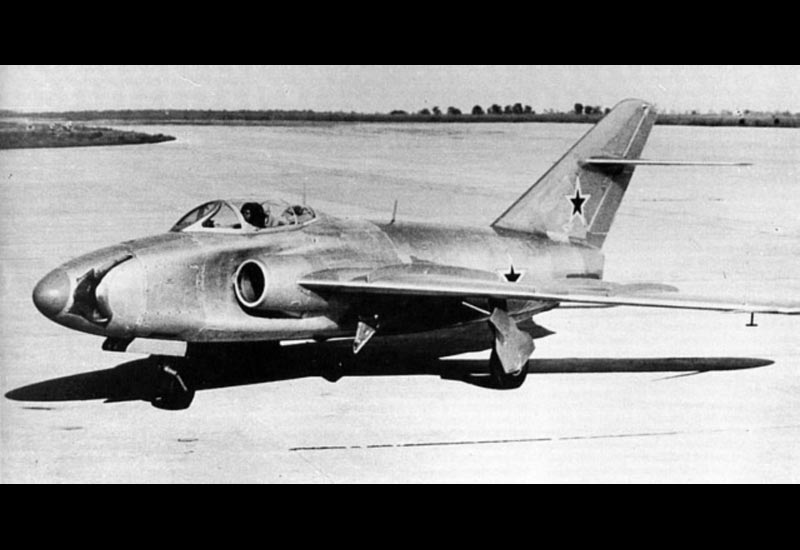