Authored By: Staff Writer | Last Edited: 07/08/2022 | Content ©www.MilitaryFactory.com | The following text is exclusive to this site. 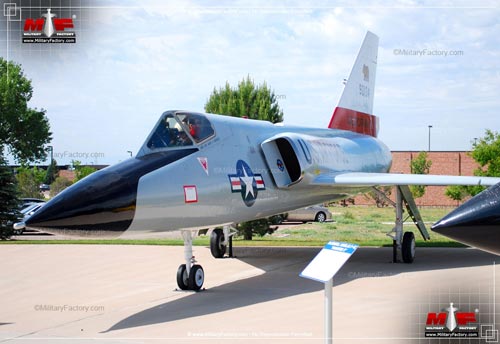 The F-106 "Delta Dart" holds origins in the original United States Air Force requirement that produced the capable F-102 "Delta Dagger" of 1956. The F-102 was developed in the early 1950s through a USAF initiative to field a capable interceptor to counter the threat posed by long-range, high-flying Soviet bombers armed with a nuclear payload. The F-102 utilized an advanced delta-wing configuration with specialized area rule specifications brought to light from German wartime testing on the subject. The Delta Dagger first flew in October of 1953 and was formally introduced in April of 1956, going on to stock dozens of US interceptor squadrons in Europe and the Pacific. 1,000 of these were produced including a two-seat trainer variant to which the only export customers became Turkey and Greece. All versions were armed with air-to-air missiles and optional rockets across three internal weapons bays while sporting a Hughes-designed fire control system (FCS).

However, the F-102 was ever only truly an "interim" interceptor package for the envisioned engine and FCS development were delayed. As such, the series was fielded with the lower-performance Wright J57 turbojet engine and was only capable of Mach 1 speed flight. It was seen that the initial F-102A production model would serve to "bridge the gap" to the upcoming - and finalized F-102 form - this to become the "F-102B" production mark with its true engine and weapons package in place. The F-102B portion was evolved with the introduction of the Pratt & Whitney J-75-P-17 turbojet engine by way of larger air intakes and a variable geometry inlet duct (required of high-speed, high-altitude flight) within a lengthened fuselage assembly. The wings and vertical tailplane were revised to include additional surface area while improving stability. At the rear of the fuselage, an idle thrust reducer was added to the engine exhaust ring. Such were the myriad of major changes that the aircraft was ordered as a pair of "YF-106A" prototype models by the USAF. First flight was on December 26th, 1956 with the USAF envisioning a fleet of 1,000 such aircraft in its inventory.

As with the trial F-102 aircraft before it, the YF-106 proved limited in its initial performance gains despite the additions and changes to her design. Complications soon arose with the highly-advanced fire control system and temperamental engine that the project teetered on oblivion due to rising costs and delays. This led the USAF to cut back on the total procurement contract of 1,000 aircraft to just 350 examples. Engineers continued their work on the YF-106 until it satisfied USAF requirements - including the Mach 2 speed potential. The aircraft was finalized and formally accepted into service as the "F-106A" single-seat production mark to which 277 examples were ultimately produced. Introduction of the series was announced in June 1959 with deliveries to the 539th Fighter Interceptor Squadron.

Externally, the F-106 shared much of the sharp lines and contours of the F-102 before it. It retained the large-area, low-mounted delta-wing configuration including its triangular vertical tail fin atop the fuselage spine aft. The cockpit also retained the two-piece framed canopy with the emplacement sitting directly behind the nose cone assembly housing the radar. The engine was buried within the tubular fuselage which was gradually "pinched" at amidships. The engine was aspirated by a pair of rounded, trapezoidal-shaped air intakes aft of the cockpit (the F-102 sported its intakes directly against the cockpit sides). As in the F-102, the F-106 utilized a standardized three-legged undercarriage made up of two main landing gear legs and a nose landing gear leg. The production F-106 was fitted with the Hughes MA-1 fire control system which could automatically guide the aircraft to the target in question, select the appropriate missile armament and fire without input from the pilot - the pilot more or less supervising the process for quality control.

Like the F-102, the F-106 was an interceptor design at heart. It was built for speed and deploying missile weaponry from an internal weapons bay once within range of the target. The F-106 was typically fielded with 4 x AIM-4 Falcon air-to-air missiles and also cleared for carrying the AIM-26A Falcon nuclear missile as well as the AIR-2 Genie unguided air-to-air rocket. The only external fixture were a pair of fuel drop tanks under each wing for extending operational range. Also, no internal gun was instituted so close-range combat was not possible.©MilitaryFactory.com
Advertisements

The F-106A was followed into service by the "F-106B", a two-seat conversion trainer variant which retained its combat capabilities at the expense of performance. The student and instructor was seated in tandem, forcing a redesign of the forward fuselage (as in the F-102/TF-102 trainer series prior). These modified forms were produced to the tune of some 63 completed examples.

The F-106C was one of a series of proposed F-106 variants. This particular mark was to house the massive AN/ASG-18 radar in a lengthened and enlarged nose cone assembly. The F-106D would have been the two-seat version of this production mark. Both were ultimately cancelled in September of 1958. The F-106X was another "forgotten" developmental mark which was intended to compete with the Lockheed YF-12. The F-106E was another proposed F-106 variant that came to naught - intended to be an improved production form. The two-seat version would have taken the F-106F designator though neither were eventually used. NASA was granted use of two modified F-106B production models under the designation of "NF-106B" for research (until 1991).

In practice, the F-106 performed admirably and her pilots enjoyed their time spent in the cockpit - "hotrod" in its truest form. The technologically-laden aircraft was not without fault, however, for her advanced MA-1 fire control system proved meddlesome throughout her career despite numerous attempts to right the software and functionality. Her ejection seats also proved quite fatal to her early pilots, killing all twelve in their respective attempts. Additionally, the F-106 saw extremely limited production figures when compared to the 1,000 F-102s delivered and they only ever served within the Air Defense Command section of the USAF prior to being delivered to Air National Guard units. None ever saw combat (unlike the F-102, which served for a time in the Vietnam War) while stationed at bases in Europe, Iceland, Alaska and South Korea. At its peak usage, the F-106 stocked some 13 American interceptor squadrons versus the 26 of the F-102.

Attempts to better the aircraft were made through various upgrade initiatives. However, the success of the excellent McDonnell Douglas F-4 Phantom II soon ended any future hope concerning the F-106 series for it proved the better platform in nearly every conceivable category. Wartime experience in Vietnam also showcased several requirements that the F-106 lacked - including that of excellent cockpit visibility, broadened weapons carrying capabilities and - of course - an internal gun (F-4E). The "missile war" envisioned by American war planners had never materialized for the close-in dogfight involving cannon proved alive and well.

In 1972, a new initiative was furthered to help bring about several major revisions to the F-106 family. This included the installation of a 20mm internal Gatling-type cannon as well as a "bubble" canopy (this replacing the original framed versions). Despite this, time and technology were not on the side of the F-106. Within time, the aircraft was inevitably forced out of the long-term USAF plans. The arrival of the McDonnell Douglas F-15A Eagle "air superiority" fighter brought an end to America's last dedicated interceptor. For its time, the F-106 represented the most important aircraft type in the ADF inventory and soldiered on until 1981 to which then the systems were handed down to the Air National Guard to run out their useful lives. Others were converted into aerial target drones for USAF training. ANG examples served until 1988 while the F-106 in its drone forms lasted until 1998.

Including the two developmental prototypes and twin seat trainers, F-106 production peaked at 342 units. Production ended in 1962.©MilitaryFactory.com
Note: The above text is EXCLUSIVE to the site www.MilitaryFactory.com. It is the product of many hours of research and work made possible with the help of contributors, veterans, insiders, and topic specialists. If you happen upon this text anywhere else on the internet or in print, please let us know at MilitaryFactory AT gmail DOT com so that we may take appropriate action against the offender / offending site and continue to protect this original work.
Advertisements

United States (retired)
(OPERATORS list includes past, present, and future operators when applicable)
✓ Air-to-Air Combat, Fighter
General ability to actively engage other aircraft of similar form and function, typically through guns, missiles, and/or aerial rockets. ✓ Interception
Ability to intercept inbound aerial threats by way of high-performance, typically speed and rate-of-climb. ✓ Ground Attack (Bombing, Strafing)
Ability to conduct aerial bombing of ground targets by way of (but not limited to) guns, bombs, missiles, rockets, and the like.

(Not all ordnance types may be represented in the showcase above)
Hardpoint Mountings: 6 (all internal) 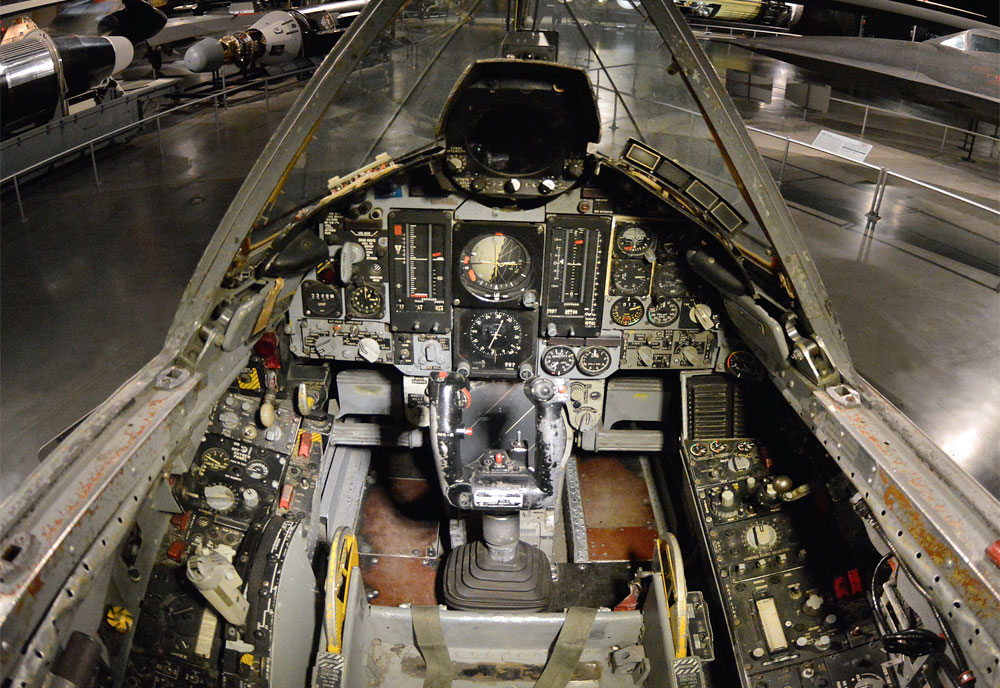 General Assessment
Firepower
Performance
Survivability
Versatility
Impact
Values are derrived from a variety of categories related to the design, overall function, and historical influence of this aircraft in aviation history.
Overall Rating
The overall rating takes into account over 60 individual factors related to this aircraft entry.
80
Rating is out of a possible 100 points.
Relative Maximum Speed
Hi: 1500mph
Lo: 750mph
This entry's maximum listed speed (1,487mph). 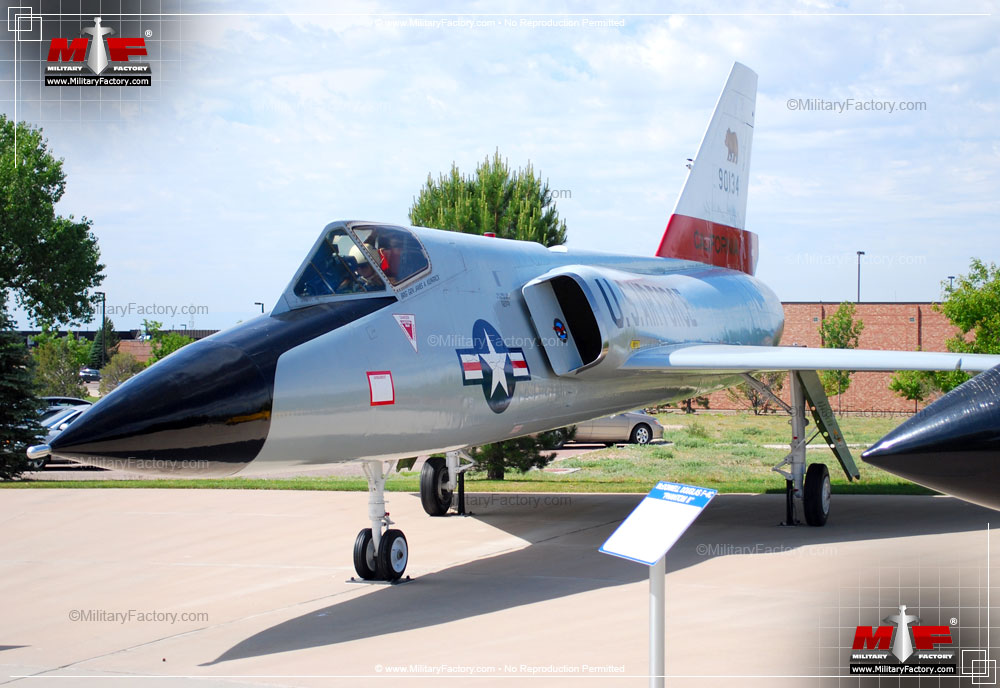 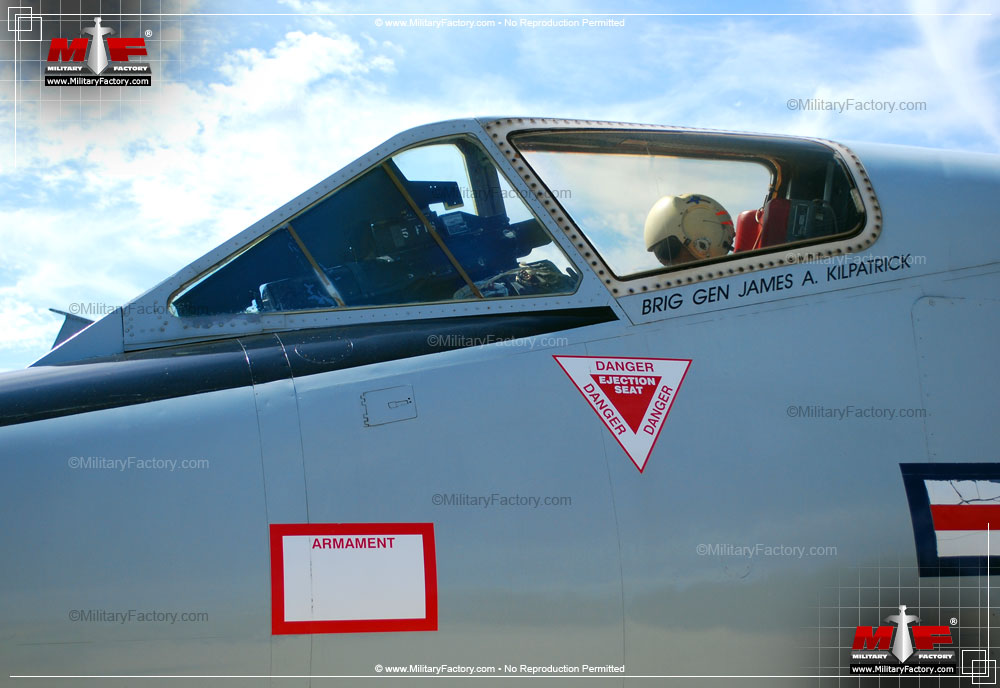 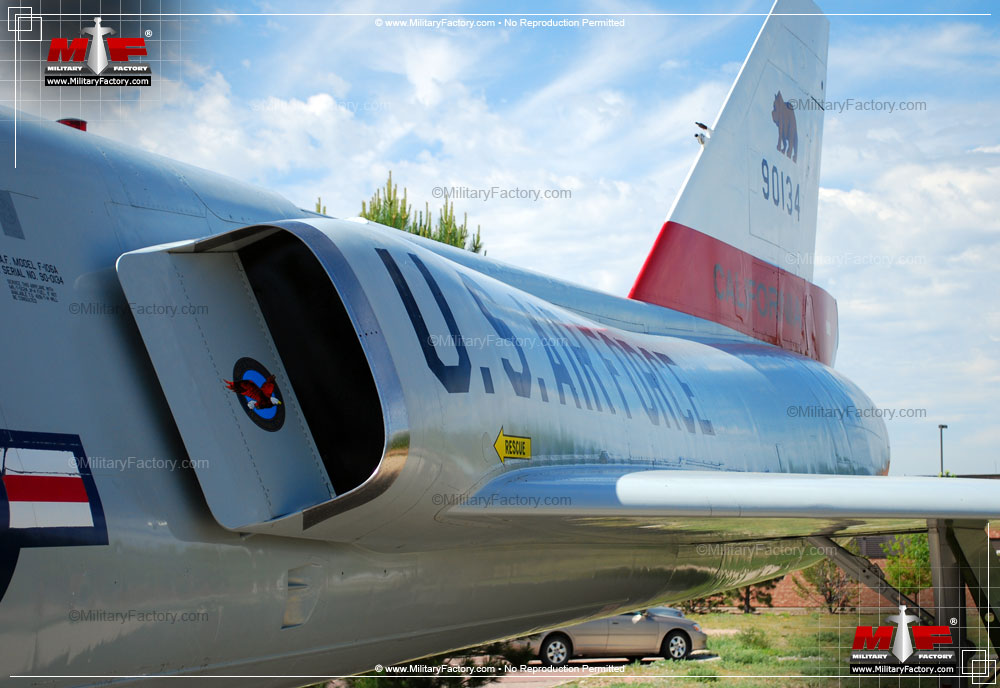 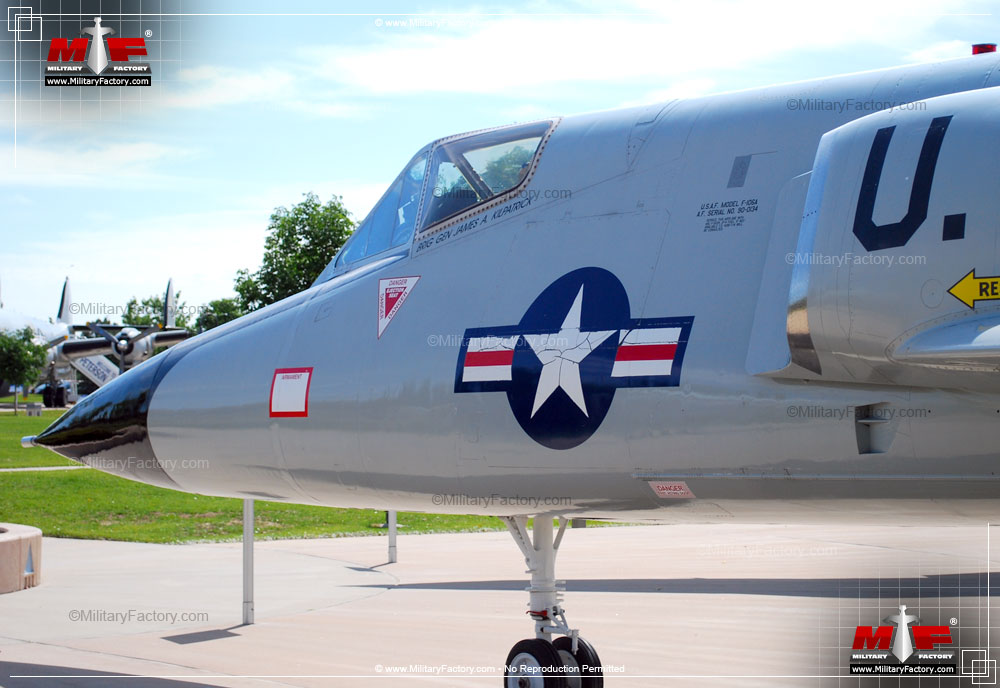 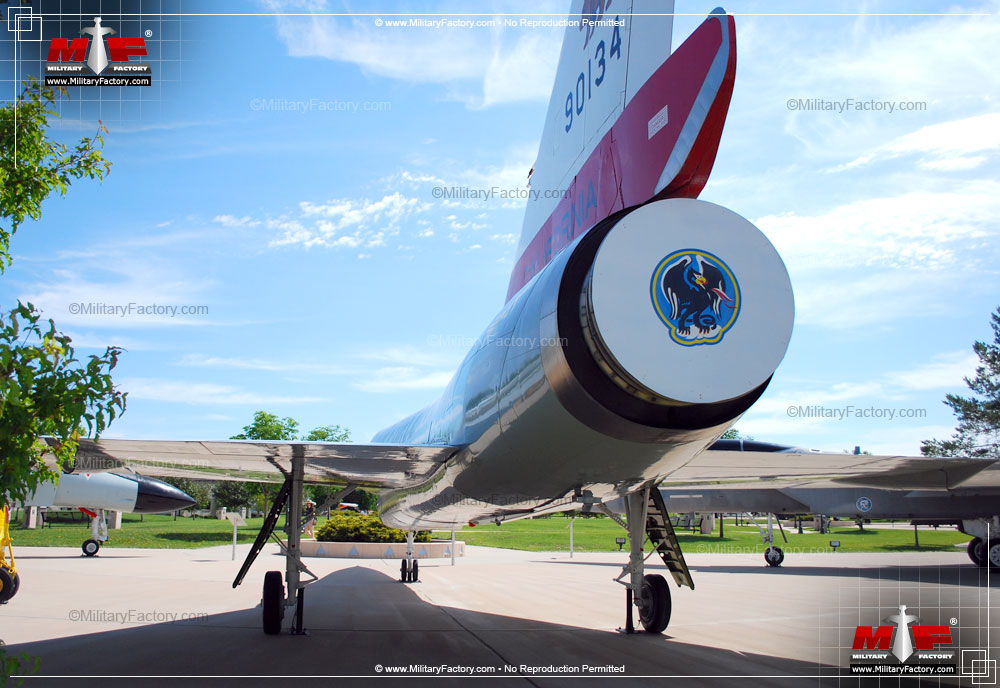 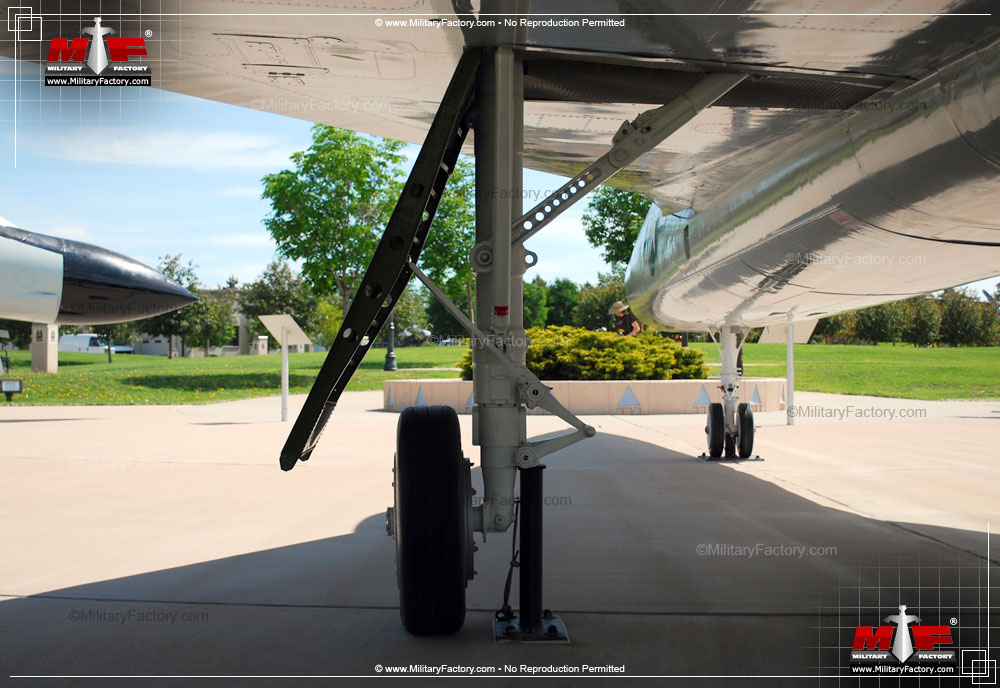 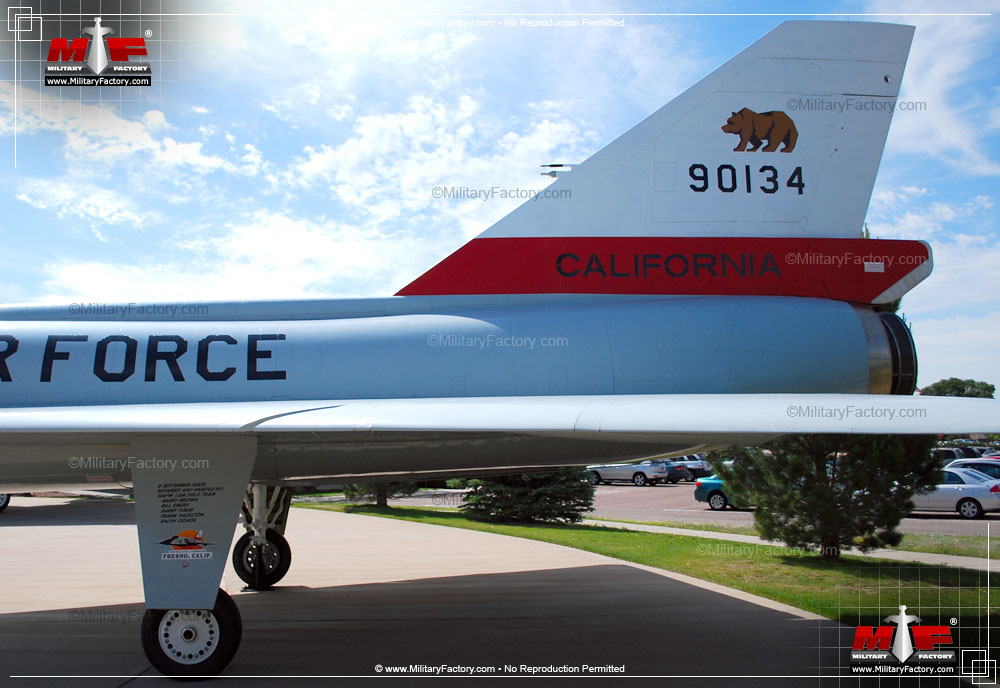 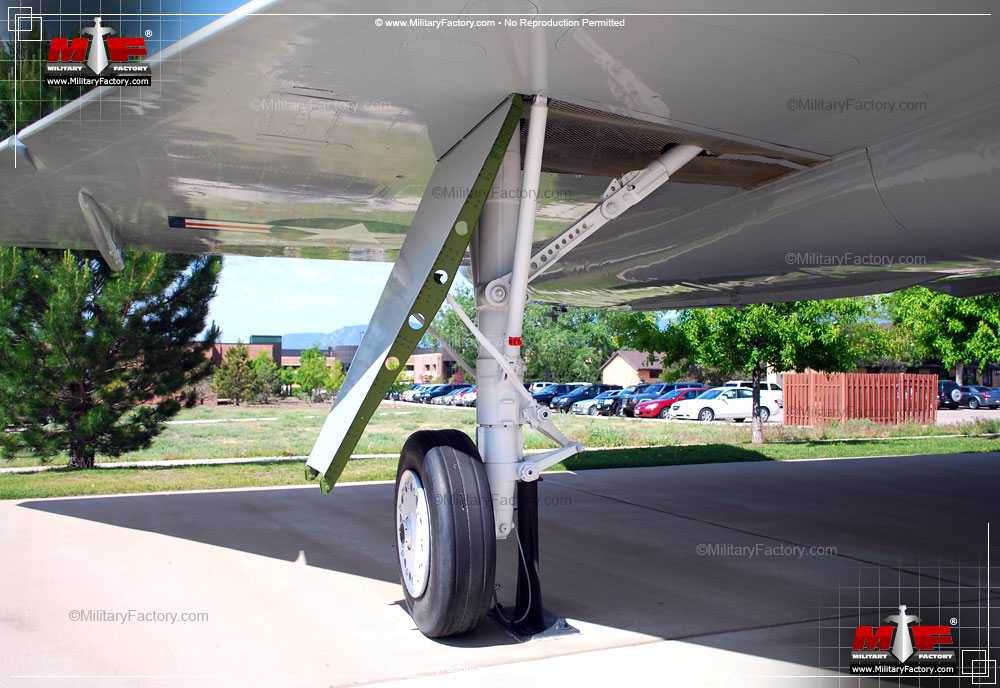 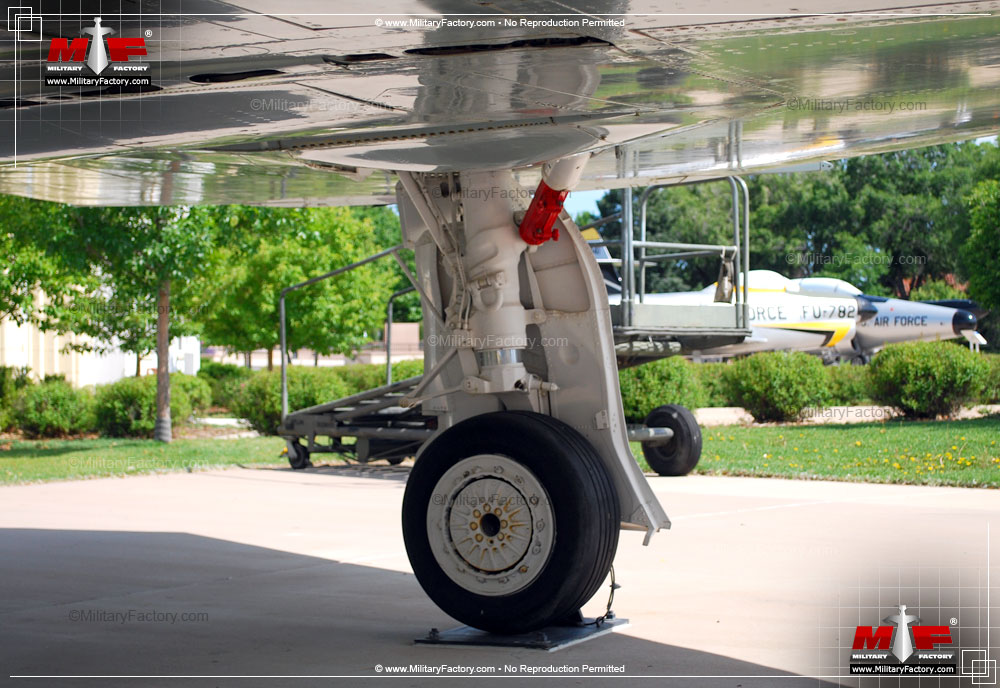 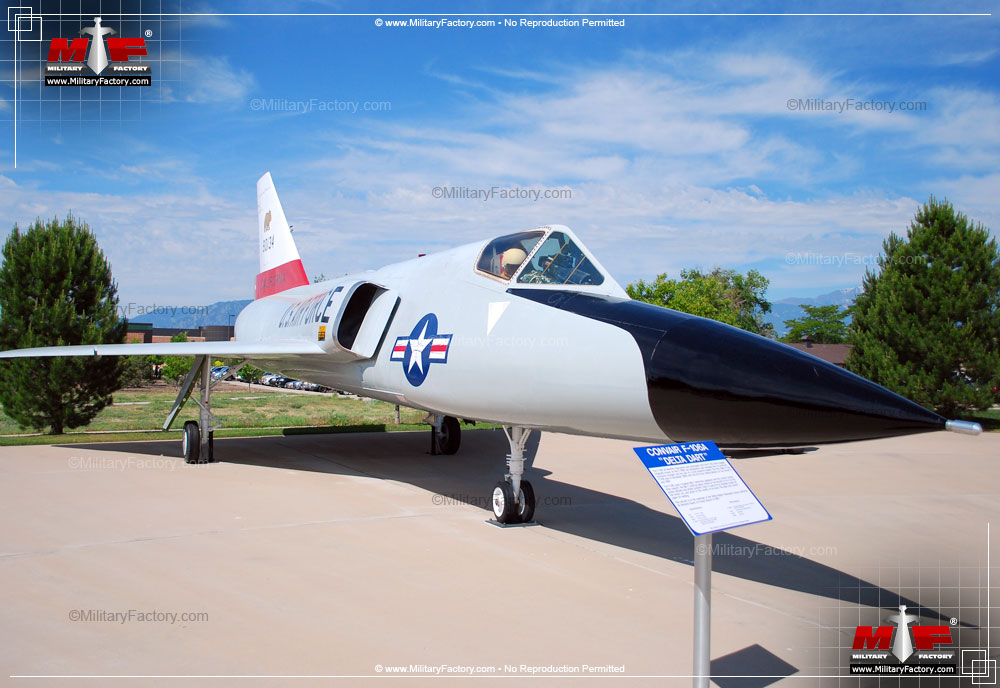 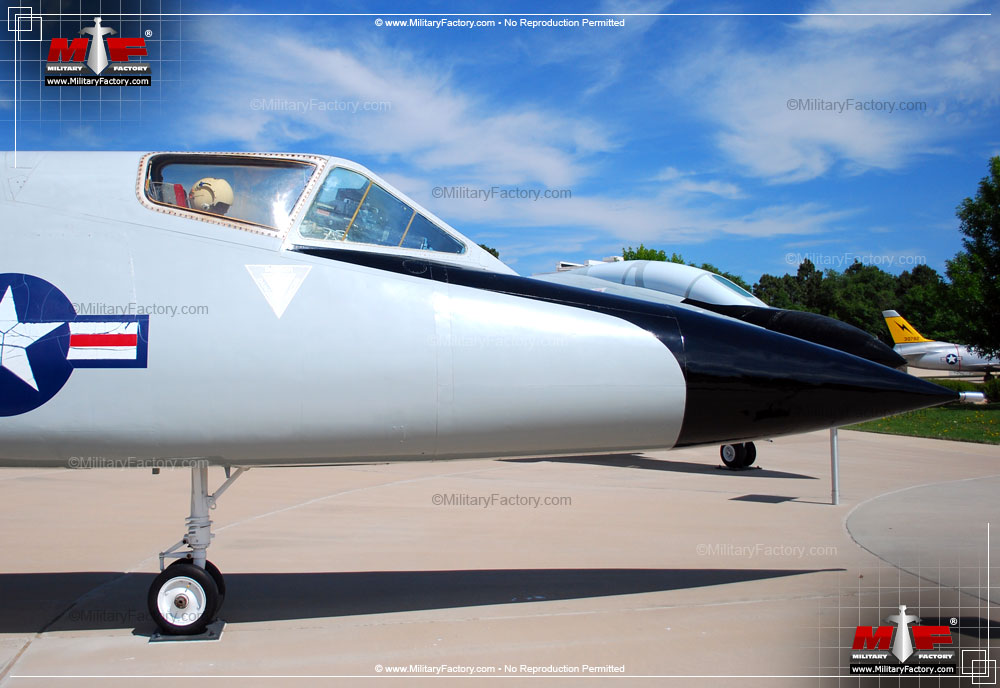 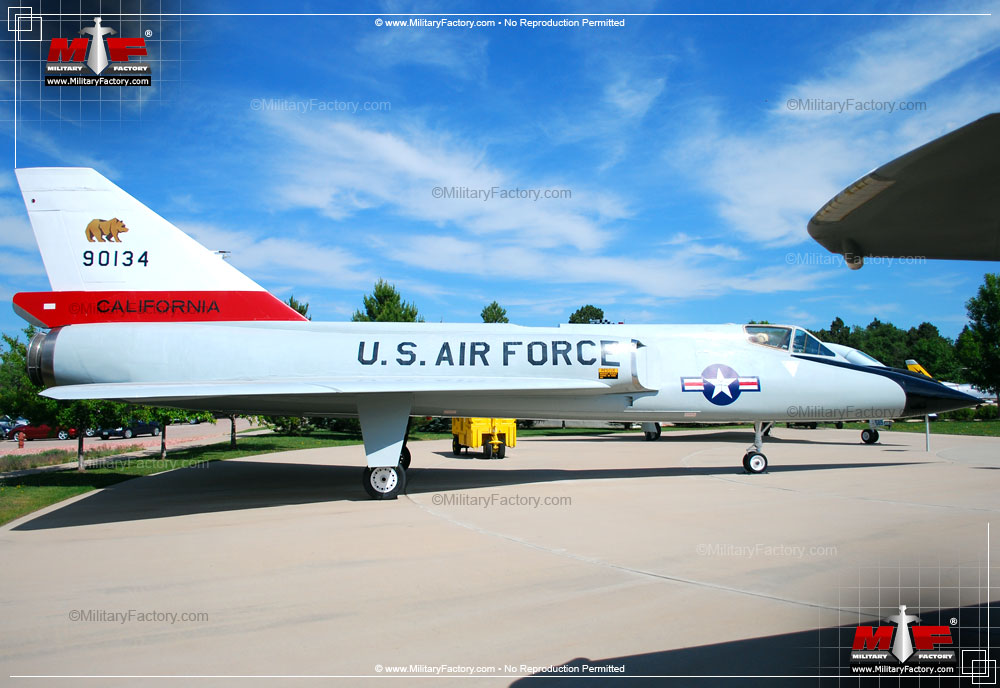 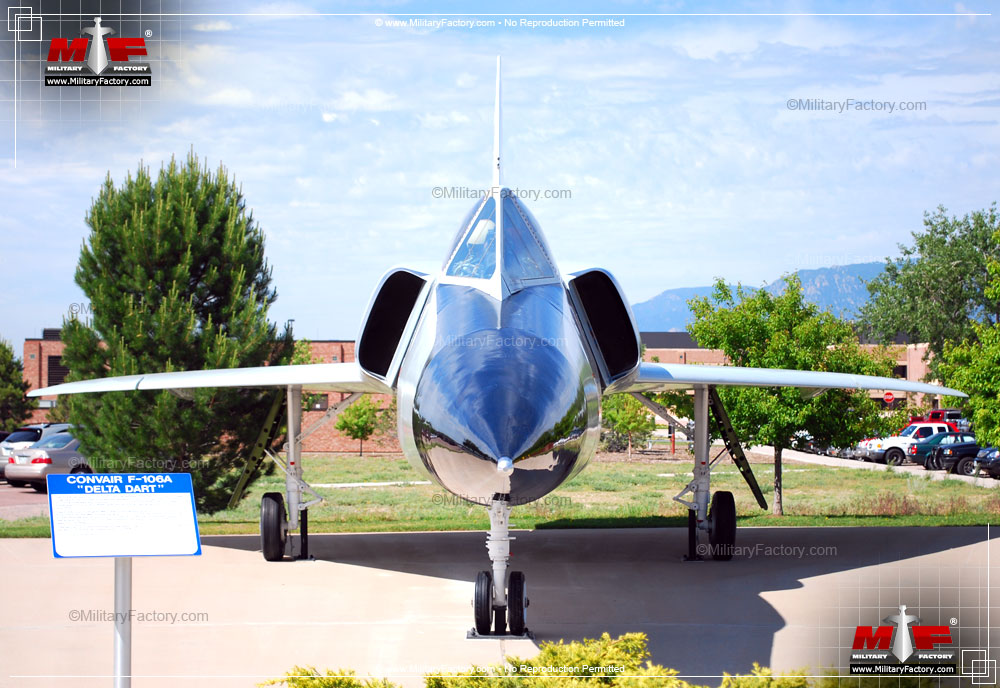 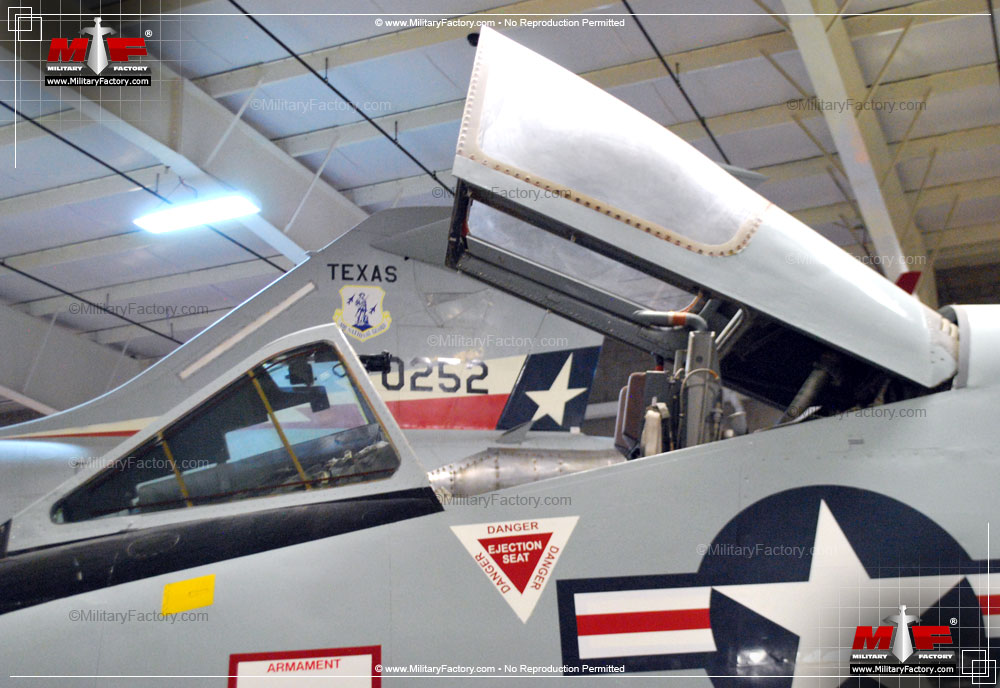 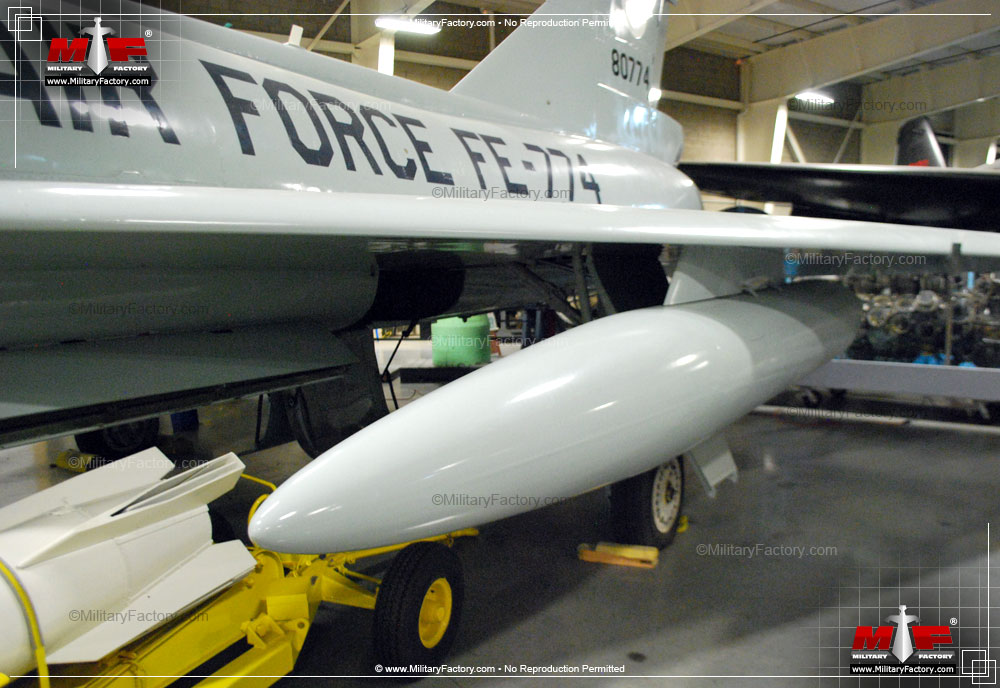