A late entry into World War 2 for the Japanese Navy, the Yokosuka P1Y failed to make much of an impact despite over 1,000 examples produced.

Authored By: Staff Writer | Last Edited: 08/06/2021 | Content ©www.MilitaryFactory.com | The following text is exclusive to this site. 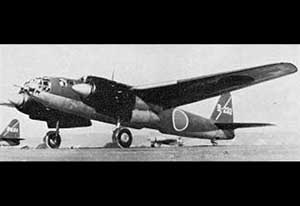 The twin-engine combat platform proved popular with the forces of the Japanese Empire during World War 2 (1939-1945) - they offered capable bomb loads, strong performance, and the operational ranges needed to cover the vast reaches of the Pacific. One mid-war twin-engine bomber development became the Yokosuka P1Y "Ginga" (meaning "Galaxy") which was developed for the Imperial Japanese Navy (IJN) but intended for service from established land bases. Production reached 1,102 units before war's end. The Allies codenamed the bomber "Frances".

The Yokosuka Naval Air Technical Arsenal pushed for a new modern combining the operational range, firepower, and performance of the best platforms then available to the IJN. In additional to conventional level bombing, it was thought to include a capability for dive bombing and torpedo bombing to make for a more multi-faceted battlefield performer. Engineers elected for a conventional monoplane design form incorporating the two engines at each wing leading edge. The nose section of the aircraft was glazed for good vision out-of-the-cockpit and for bombing. The wing mainplanes were mid-mounted appendages and the tail given a traditional single-rudder form. A "tail-dragger" undercarriage was used. The operating crew would number three. Dimensions included a length of 49 feet, a wingspan of 65.5 feet and a height of 14 feet. Empty weight was 16,000lb against a Maximum Take-Off Weight (MTOW) of 29,765lb.

The engines were 2 x Nakajima NK9C "Homare 12" series 18-cylinder radial piston engines of 1,825 horsepower each. Performance specifications included a maximum speed of 340 miles per hour, a cruising speed of 230 miles per hour, a range out to 3,340 miles, and a service ceiling up to 30,840 feet.

Beyond the internal bombload of 2,205lb (or 1 x 1,800lb torpedo), the aircraft typically carried defensive armament in the form of 1 x 20mm Type 99 cannon in the nose and 1 x 13mm Type 2 heavy machine gun facing aft on a trainable mounting).

A first-flight of a P1Y prototype occurred during August 1943 and this led to a contract order for 1,002 aircraft which came from Nakajima factories. Twelve total prototypes were eventually constructed testing and mainly carried the Homare 11 series radial. Production yielded variants from the original P1Y1 with Homare 11 or Homare 12 engines to the thirty P1Y1 ground attack forms (these fitted 20 x 20mm Type 99 cannons to specifically target American B-29s on the ground). A non-flying ground replica for decoy purposes was also built under the "MXY10" designator. Production peaked in 1944 with 620 examples of all variants delivered and a further 434 followed during the first half of 1945.

Introduction of the P1Y was during October 1944 and the type saw combat service until the end of the war in August of 1945. By this time, the Japanese situation had deteriorated enough to showcase the P1Y bombers as kamikaze weapons against Allied warships. This proved the case during the Okinawa assault that helped pave the way for the Japanese surrender. At the end of the war, at least three P1Y examples were delivered to the United States for testing.

One notable offshoot of the P1Y program became the P1Y2 "Kyokko" ("Aurora") which was a night-fighter / night-intruder version of the original. Kawanishi handled manufacture of 96 of this aircraft which carried Mitsubishi Kasei engines (due to the growing scarcity of the Homare engines) and were fitted with radar kits. Armament included an oblique-firing system which allowed for attacking bombers from their more vulnerable bellies. However, this design failed to produce the needed performance to assail enemy Boeing B-29 Superfortresses and were therefore reconfigured to their traditional bomber roles before the end.

Over twenty IJN squadrons fielded the P1Y including the 302nd Kokutai which became the sole night-fighter group.
Advertisements

Imperial Japan
(OPERATORS list includes past, present, and future operators when applicable)
✓ Air-to-Air Combat, Fighter
General ability to actively engage other aircraft of similar form and function, typically through guns, missiles, and/or aerial rockets. ✓ Ground Attack (Bombing, Strafing)
Ability to conduct aerial bombing of ground targets by way of (but not limited to) guns, bombs, missiles, rockets, and the like. ✓ Special-Mission: Anti-Ship
Equipped to search, track, and engage enemy surface elements through visual acquisition, radar support, and onboard weaponry.

General Assessment
Firepower
Performance
Survivability
Versatility
Impact
Values are derrived from a variety of categories related to the design, overall function, and historical influence of this aircraft in aviation history.
Overall Rating
The overall rating takes into account over 60 individual factors related to this aircraft entry.
78
Rating is out of a possible 100 points.
Relative Maximum Speed
Hi: 400mph
Lo: 200mph
This entry's maximum listed speed (342mph). 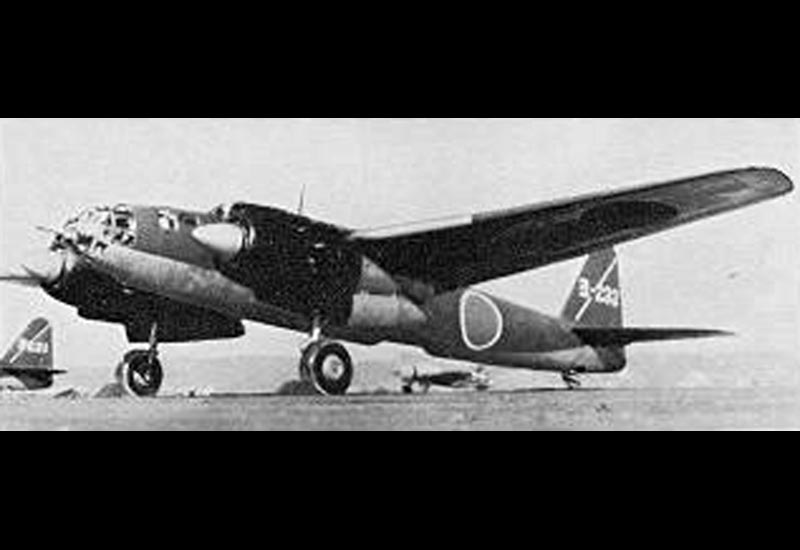 Aviation developments of similar form and function, or related to, the Yokosuka P1Y1 Ginga (Frances)...