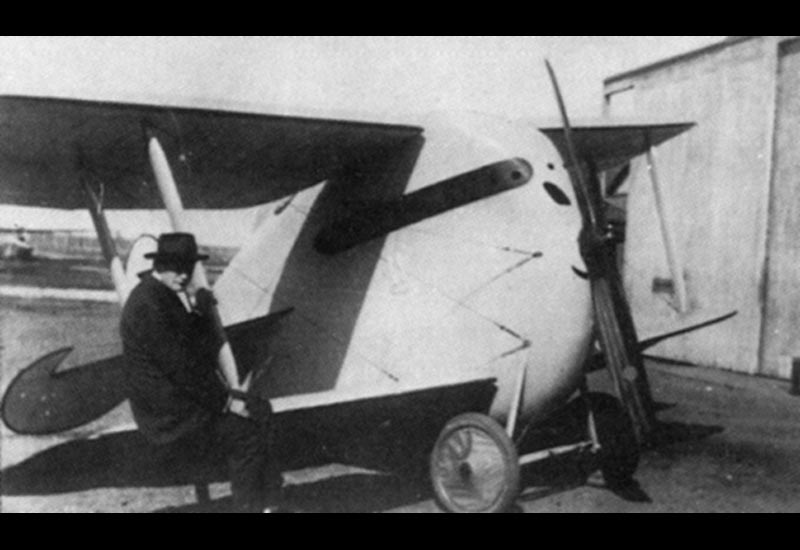 The proposed DFW T.28 Floh biplane fighter held several inherent flaws in its design - the greatest of these was its deep fuselage which limited forward vision.

Authored By: Staff Writer | Last Edited: 07/31/2019 | Content ©www.MilitaryFactory.com | The following text is exclusive to this site.
Perhaps one of the ugliest biplane fighters ever designed, the DFW T.28 "Floh" ("Flea") was the product of Deutsche Flugzeug-Werke of the German Empire during World War 1 (1914-1918). It achieved its monumental first flight in 1915 as the war in Europe raged on. The T.28 was developed along the lines of a high-speed fighting biplane but held such poor qualities for the role that it became a largely forgotten entry as the wartime fighters went. Key deficiencies in the design included extremely poor forward visibility due to the deep fuselage, a rather ultra-thin fuselage design which gave the aircraft its ungainly appearance, and oversized tailplanes which added something of a comical design element.

It is perhaps best that the sole prototype crashed when attempting its first landing - reducing the chance that the design would be picked up for wartime production by the German air service.

Design-wise, the T.28 mimicked established biplane fighter characteristics of the day - a two-wing mainplane structure (single bay, parallel interstruts), a fixed wheeled undercarriage and open-air cockpit for its single pilot. The engine drove a two-bladed wooden propeller mounted at the nose in the usual way. Dimensionally, the aircraft was small by the standards of the day, showcasing a length of 14.8 feet and a wingspan of 21.3 feet. Empty weight was 925 lb against a gross weight of 1,435lb. Power was served through a Mercedes D.I water-cooled inline piston engine developing 100 horsepower. Maximum speed reached 112 miles per hour during a first flight and armament was rather modest - just 1 x 7.92mm LMG 08/15 Spandau machine gun in a fixed, forward-firing position.

The Floh came about during late 1915 as chief designer Hermann Dorner attempted to develop a compact, fast and agile fighter to compete with emerging Allied types (the air war of World War 1 was one of won-lost initiatives). The result was one of the more unique offerings of the World War 1 fighters and certainly one of the more forgettable entries. Construction incorporated the usual fabric-over-wood approach and, while the Floh achieved an impressive 100+ mile per hour top speed in testing, it suffered damage upon landing which hampered the project's reach. By the time it could be relevant again, attention on the part of German authorities had shifted to more traditional fighter designs and arrangements with better performance and armament support.

Values are derrived from a variety of categories related to the design, overall function, and historical influence of this aircraft in aviation history.
Overall Rating
The overall rating takes into account over 60 individual factors related to this aircraft entry.
40
Rating is out of a possible 100 points.
Relative Maximum Speed
Hi: 120mph
Lo: 60mph
This entry's maximum listed speed (112mph).