The Bell UH-1 as a helicopter gunship excelled in its given over-battlefield role when pressed into service over Vietnam.

Authored By: Staff Writer | Last Edited: 05/14/2018 | Content ©www.MilitaryFactory.com | The following text is exclusive to this site. 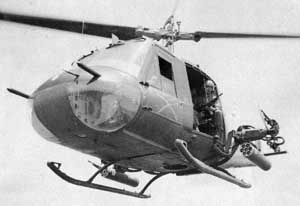 One of the symbols of the American involvement in the Vietnam War (1955-1975) became the ubiquitous Bell UH-1 "Huey" transport helicopter. It was excelled in the "air cavalry" role and was also pressed in to troop ferrying into and out of contested zones while also providing critical to MEDEVAC operations. Another one of the system's primary roles became that of helicopter "gunship" as the base design was modified through an array of weapons to serve alongside transport versions and provide covering fire. In this arrangement, the transports could operate with Close Air Support (CAS) immediately on hand over areas where loitering by fixed-wing aircraft proved unrealistic.

Various platforms were modified and tested by the U.S. Army during the course of the war as dedicated gunships and this included the large tandem-rotor, medium-lift Boeing CH-47 "Chinook" transport as well as the smaller Sikorsky H-34 series. Transitions generally revolved around outfitting the existing airframes with wing stubs for rocket pods/tubes and gun pods while machine guns were added at door and window stations when possible. Grenade launchers and autocannons, these fitted to turrets, and even missiles rounded out some of the weaponry tested on these vehicles. These gunships were, by and large, only interim measures until more dedicated attack platforms like the Bell AH-1 "Cobra" line came into being.

The UH-1B became the first helicopter gunship to see operational service in number anywhere in the world. All-gun models were designated "Cobras" (or "Guns") while rocket-carrying forms were known as "Frogs" and "Hogs". The use of the name "Cobra" in this instance was also the first of its kind in U.S. Army helicopter service prior to the arrival of the Bell AH-1 series mentioned prior. Eventually versions emerged that carried both guns and rocket pods. Dedicated troop transports were known simply as "Slicks" and lacked wing stubs/rocket pods but could carry side door gunners for local area suppression of enemy elements.

Cobras and Frogs/Hogs were powered by a Lycoming T53-L-11 turboshaft engine developing 1,100 horsepower while driving the two-bladed main rotor and two-bladed tail rotor. The aircraft could expect to make speeds nearing 95 miles per hour which made them fast platforms quick to respond to changing situations and also keep up with the troop transports. Both UH-1B and UH-1C Huey production models were used in the gunship role during the war.
Advertisements

The UH-1 gunship was a true weapons platform and showcased the versatility of the design as a whole. The most potent of these ("Cobra" form) carried wing stubs that mounted a quad 0.30 caliber machine gun array (two guns stacked at each end point) and a single pylon for a seven- or nineteen-shot 2.75" rocket pod for a total of fourteen rockets. Alternatively miniguns could take the place of the quad 0.40 caliber machine gun arrangement (as could a cannon pod as in the "XM-31" 20mm system) and various rocket launchers were fitted over or under the wing stubs (the former as in the "XM-6 Quad Mount" system). At the nose was a powered turret fitting a 40mm M-5 automatic grenade launcher fed by a 107 round stock of projectiles. Beyond these fixed implements were M60 General Purpose Machine Guns (GPMGs) carried at each side door (or M134 trainable miniguns)), trainable and operated by dedicated gunners. A typical crew, therefore, numbered four personnel to man the various onboard systems and weapons. Night operations could be aided by trainable searchlights at the side doors as well and required additional crew to function (sighting devices were also part of this configuration).

UH-1 gunships excelled in their given role for the firepower they carried into battle was a much-needed quality of Army doctrine of the period. Helicopters had access to areas well-beyond front lines and this meant that they were usually operating in zones while taking fire. As such, the importance of suppression was highly valued by warplanners and infantry alike. The role of Huey gunships was also expanded as they formed one-half of "hunter-killer" teams when paired with lighter helicopter platforms such as Hughes OH-6 and Bell OH-58 helicopters. Alternatively, the light helicopters could be switched our for a fixed-wing attacker like the Douglas A-1 "Skyraider" which could fly low and slow enough to be effective alongside the UH-1 gunships. These observation helicopters could locate and assess enemy positions and work in tandem with the awaiting gunship who then brought its lethal payload to bear on a designated area.

Due to their excellent combat record, UH-1 gunships had a direct influence on the expediency of getting the Bell AH-1 Cobra into the skies over Vietnam. The AH-1 eventually took over direct-attack duties from the Huey gunship types during the late 1960s and, while proving effective in their own right, AH-1 helicopters lacked an inherent troop-ferrying capability which limited them tactically -particularly where MEDEVAC and troop extractions were critical to a platoon's success or failure. The Soviets learned this and added a troop cabin to their equally-excellent Mil Mi-24 "Hind" line, effectively making them armored and heavily armed "gun buses".
Advertisements

United States
(OPERATORS list includes past, present, and future operators when applicable)
✓ Ground Attack (Bombing, Strafing)
Ability to conduct aerial bombing of ground targets by way of (but not limited to) guns, bombs, missiles, rockets, and the like. ✓ Close-Air Support (CAS)
Developed to operate in close proximity to active ground elements by way of a broad array of air-to-ground ordnance and munitions options.

General Assessment
Firepower
Performance
Survivability
Versatility
Impact
Values are derrived from a variety of categories related to the design, overall function, and historical influence of this aircraft in aviation history.
Overall Rating
The overall rating takes into account over 60 individual factors related to this aircraft entry.
28
Rating is out of a possible 100 points.
Relative Maximum Speed
Hi: 100mph
Lo: 50mph
This entry's maximum listed speed (95mph). 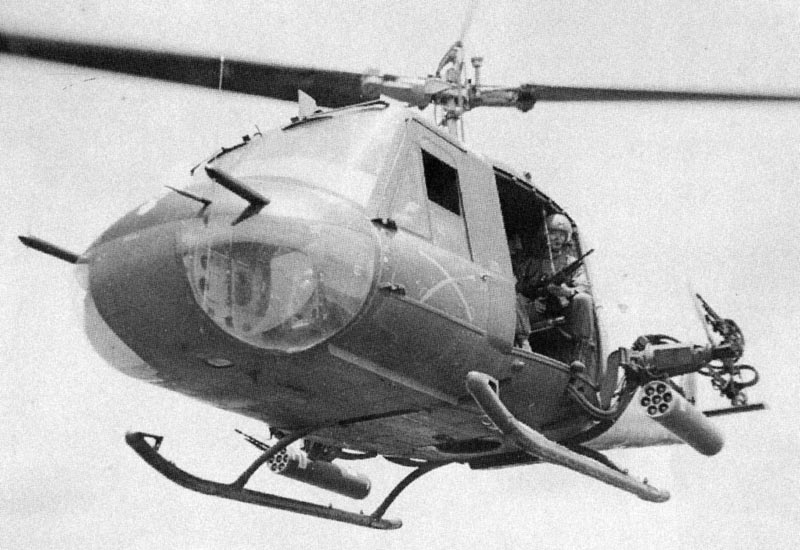 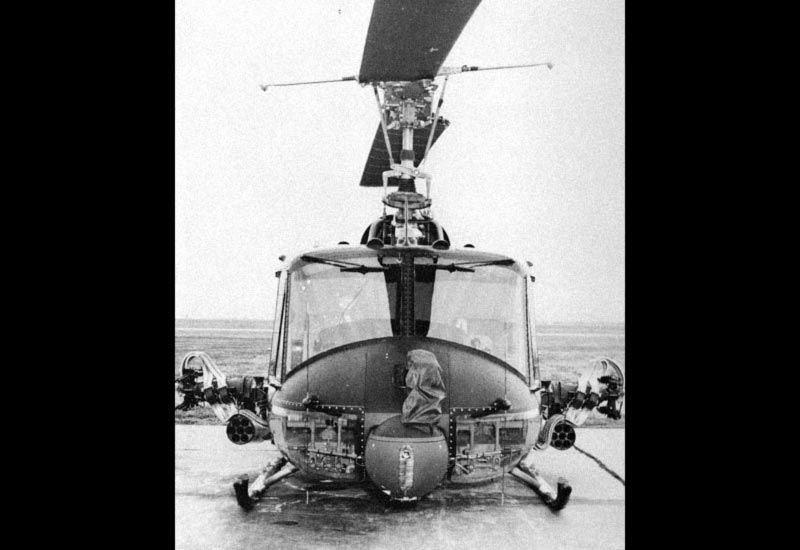