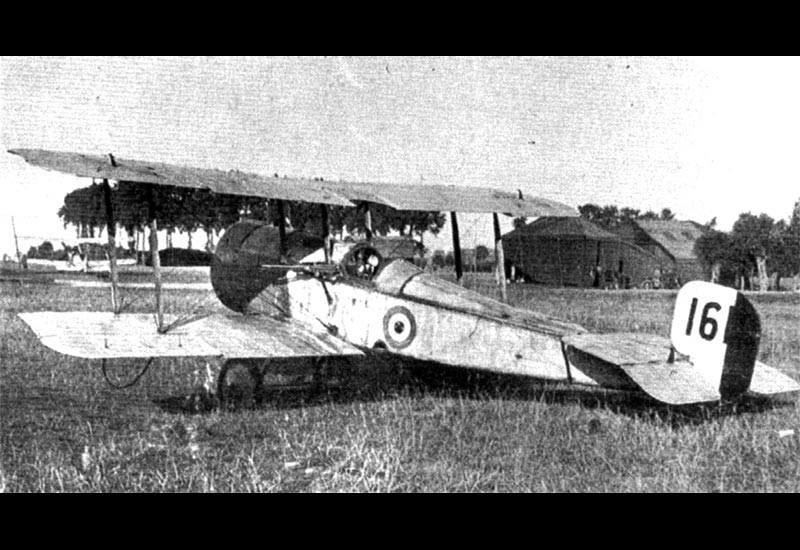 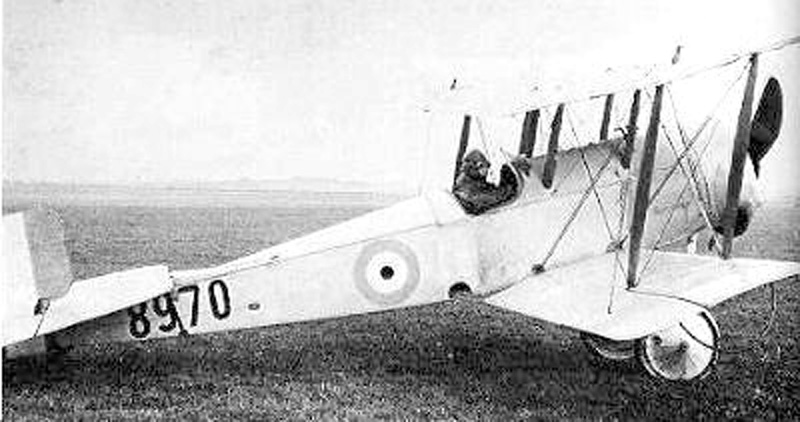 The Bristol Scout biplane might have had a better war time record if it had been armed properly at an earlier date.

The Bristol Scout was born from a racing aircraft and was, therefore, based upon an excellent performance pedigree. However, since the type was not designed for combat from the outset, as a militarized fighter during The Great War, it would never live up to expectations. At its core, the Bristol Scout was a single-engine, single-seat fighter "scout" development intended to supply ground commanders with an advantageous "eye in the sky". Its major limitation throughout its career was its lack of integrated machine gun armament, finally made possible by the British development of a suitable interrupter gear to allow the weapon to fire through the spinning propeller blades - but much too late for the outgoing Scout series. The Bristol Scout formed some of the first "true" fighter squadrons in aviation history.

Design of the Bristol Scout was regarded as very streamlined while still functional with the initial prototype "Scout A" unveiled in 1913. The aircraft consisted of a well-contoured fuselage with the engine set to the front and a conventional tail section to the rear. The engine powered a two-bladed wooden propeller and was housed under a lightly armored compartment. The wings were of a biplane configuration for maximum lift and handling while being situated over and under the forward fuselage. Each wing side sported parallel struts with single bays and applicable wiring. The open-air cockpit was held just under and aft of the upper wing assembly with generally adequate views from the cockpit save for the forward-set engine and large wing assemblies - though this was typical of all biplane aircraft of the time. The empennage was completed in a traditional fashion through use of a single vertical tail fin coupled with a pair of horizontal tailplanes. The undercarriage was nothing more than a reinforced strutted structure featuring two large main landing wheels with a tail skid to support the rear. Power was provided for by a single rotary piston engine of 80 horsepower. This supplied the mount with a top speed of 100 miles per hour, a service ceiling of 14,000 feet and an endurance of 2.5 hours. Rate-of-climb averaged 10,000 feet in 18.5 minutes. First flight of the Bristol Scout (Scout A) was on February 23rd, 1914.

As a "scout" aircraft, the Bristol Scout was intended for reconnaissance sorties over or near enemy-held territories, recording positions and movements for dissection by warplanners later on. An early militarized evaluation form - the Bristol "Scout B" - was armed rather crudely with side-bolted service rifles angled in such a way as to clear the propeller blades when firing. It was also not out of the realm of possibility for pilots to take with them personal small arms into the cockpit as needed and engage in a primitive form of "dogfighting". It was only later that a 7.7mm Lewis machine gun armament on a newly-designed mount was trialled with success, resulting in the downing of two enemy aircraft, and earning pilot Captain Lanoe Hawker the first Victoria Cross for aerial combat. The Scout B was fitted with a Gnome Lambda rotary piston engine of 80 horsepower.

This result encouraged development of a new mark - the Bristol "Scout C" (also "Type 1 Scout C") - to be armed with a standardized mounting and 1 x 7.7mm Lewis machine gun along the left side of the fuselage away from the spinning propeller arc. Some were also finished with their Lewis guns fielded across the upper wing assembly to clear the propeller (typical of pre-interrupter Allied aircraft). Several attempts were made with early versions of propeller interrupter gear but the technology was never perfected before the end for the Bristol Scout. The Scout C was produced in approximately 50 examples and included an optional Le Rhone rotary piston engine of 80 horsepower over the original Gnome Lambda series during manufacture.

The first combat Bristol Scouts were fielded in February of 1915 and assigned as escort fighters to squadrons fielding the larger, two-man aircraft. Inevitably, both the British Royal Air Force and Royal Navy would utilize the Bristol Scout type aircraft in their respective inventories as such was the value of capable flying mounts of the period. Targets for Bristol Scout pilots ran the gamut of enemy aircraft (patrol, escort, interception), bombers, observation balloons, ground-based "targets of opportunity" and even the mighty - though seriously vulnerable - Zeppelins which regularly patrolled airspaces. For the latter, pilots would position their aircraft over the top of the Zeppelin, out of the firing arcs of the various defensive machine guns, and simply drop high-explosive "darts", of flechettes atop the Zeppelin's soft frames, hopefully detonating and destroying the enemy aircraft in the process.

The original Bristol Scout C was followed into production by the improved and definitive Bristol "Scout D" in November of 1915. About 210 examples of this type were produced and encompassed four subvariants known as Type 2, Type 3, Type 4 and Type 5. Changes to the family line included revised wings and tail surfaces as well as redesigned engine cowls. British ace Albert Ball managed four kills over the course of one in one week from a Scout D aircraft and appreciated the type's capabilities in the air.

In all, the Bristol Scout equipped 27 British Royal Flying Corps squadrons while also serving with the Royal Naval Air Service. It was also featured within two Australian squadrons as well as within the inventory of the Greek Navy for a time. The only other notable Bristol Scout production form became a pair of converted two-seat trainers designated as the Bristol S.2A.

Only about 370 Bristol Scouts were produced during a short operational tenure for technology during the war improved at such a pace that newly-minted mounts were quickly outclassed by ever-newer designs - sometimes within weeks of debut. By the middle of 1916, the Bristol Scout was on its way out before falling to the pages of history altogether. Discontinued Bristol Scouts were relegated to training duties thereafter while some survived the war into the 1920s.