The Arsenal VB-10 became another promising French fighter design of World War 2 that was derailed by the German invasion of May 1940. 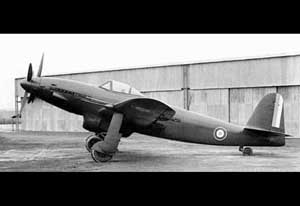 The Arsenal VB-10 was the culmination of advanced, prop-driven fighter work by Arsenal de l'Aeronatique prior to World War 2 (1939-1945). The government-owned company was founded in 1934 and managed to produce a slew of fighter designs under the "VG" series name though many ended as either "paper airplanes" or "one-off" prototypes. The VB 10 fared no bettered before its end as just six prototypes were realized.

The design utilized a unique pairing of engines that were seated in tandem driving two separate propeller units in the nose (in a contra-rotating fashion). The cockpit was bookended by this engine pair and fitted just ahead of midships with generally good views of the action ahead. Each propeller unit was a three-bladed assembly. An air scoop was added under the fuselage and the wing mainplanes (also slightly ahead of midships) were straight in their general shape with rounded tips. The tail unit was conventional, relying on a large-area rudder and low-set horizontal planes. The undercarriage, retracting into the design, was of the "tail dragger" configuration consistent with the times.

With the war situation in and around France looking bleak, and the VB-10 showcasing a most promising future, the heavy fighter was ordered before any physical form had been completed - such became the desperation of the French government to get any and all modern aircraft into the skies as quickly as possible. However, all was lost with the conquer of France following the German invasion of May 1940.

Despite this setback, the VB-10 was allowed to gestate under the Vichy French regime though progress was slow enough that a first prototype did not go airborne until July 7th, 1945 - note that the war in Europe had officially ended in May of that year. This prototype carried 2 x Hispano-Suiza 12Y31 12- cylinder liquid-cooled inline engines of 860 horsepower each and proved the design - on the whole - sound. The French Air Force signed on for 200 examples of the fighter through a contract given on December 22nd, 1945.

Production was underway and a first flight of a production-quality form came on November 3rd, 1947. This version carried 2 x Hispano-Suiza 12Z Ars 15/16 engines of 1,150 horsepower and saw its armament suite reduced to 4 x 20mm HS-404 cannons. However, by this time, the 200-strong production order had been reduced to 50 units and the entire order ultimately cancelled outright in favor of jet-powered aircraft. Only four production-quality VB-10 aircraft were completed - joining the original two prototypes.

Performance specifications for the line included a maximum speed of 435 miles per hour, a range out to 1,055 miles and a service ceiling of 36,120 feet. Rate-of-climb was 2,010 feet-per-minute.
Advertisements 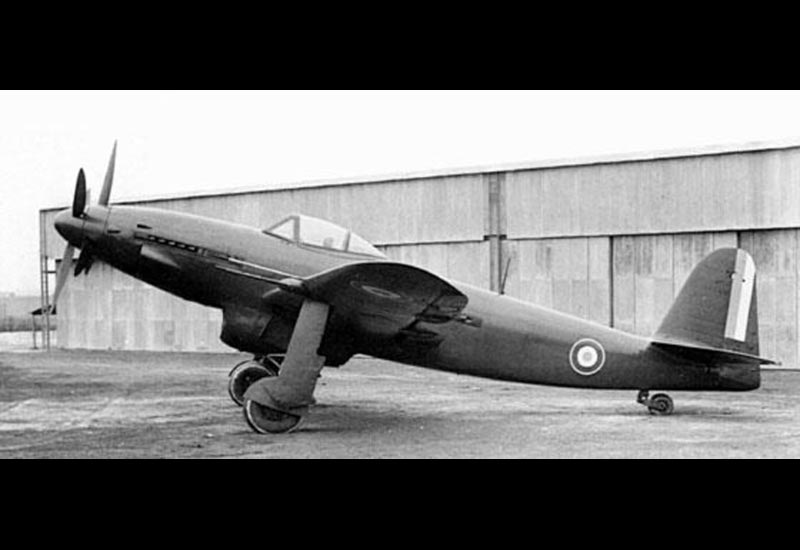