The Piasecki H-25 series saw over a decade of service with several major naval powers of the world.

Authored By: Staff Writer | Last Edited: 03/08/2020 | Content ©www.MilitaryFactory.com | The following text is exclusive to this site. 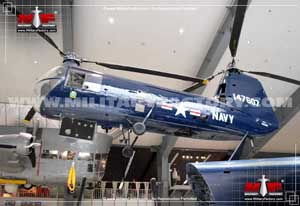 World War 2 (1939-1945) saw the birth of the military helicopter as a viable over-battlefield instrument with the Germans making strong strides in the field for their part. The Americans also delved into the new aircraft category and were ultimately were able to showcase several prominent forms of their own. In the post-World War 2 world, development was rather consistent and concerns like Piasecki Helicopter Corporation (established in 1940) did much to further the value of helicopters going forward.

Retriever Walk-Around
One contribution by the company was the HUP "Retriever", a tandem-rotor platform of rather basic workmanlike appearance. Its design involved a slender, tapering fuselage which seated the cockpit crew (two pilots) at the extreme nose behind large windscreens for excellent viewing. One of the main rotors was set above the cockpit roof and the other was mounted high atop a vertical structure at the aft-end of the fuselage - the blades spinning in overlapping fashion. In-between was a cargo area that could be reworked to undertake other roles. The undercarriage was wheeled and fixed giving the helicopter a noticeable "nose-up" appearance when at rest.

The USN Requirement
Origins of the Retriever lay in a 1945 United States Navy (USN) requirement for a utility-minded helicopter with a Search and Rescue (SAR) capability. The type would be engineered to launch and land on moving warships of the USN inventory so certain care needed to be given to structural strength as well as dimensions. Beyond a submission by Piasecki was one by helicopter powerhouse Sikorsky which attempted to entice the USN with its XHJS-1 proposal. The prototype form from Piasecki was designated XHJP-1 and known internally to Piasecki as PV-14. It flew for the first time in March of 1948 and, following selection by the USN, was formally introduced for service in 1949.

Retriever Variants
XHUP-1 was used to mark a pair of pre-production examples which were recognized internally by Piasecki as the PV-16. Initial production models were the HUP-1 (Piasecki Model PV-18) and these were operated by the United States Navy in the utility and Search and Rescue (SAR) roles. Power to this variant came from a single Continental R-975-34 piston engine of 525 horsepower. Production totaled 32 examples.

Improvements to the line arrived in the HUP-2 which carried a Continental R-975-46 piston engine of 550 horsepower and autopilot function. The USN obtained 165 of these while the French Navy (Aeronavale) secured fifteen of their own. In the service-wide 1962 U.S. military designation reorganization, the model became the UH-25B.

The HUP-2S was modified as a dedicated Anti-Submarine Warfare (ASW) platform and built upon the existing framework of the HUP-2 variant complete with a dunking sonar for tracking / locating enemy submarines. Twelve of the type were produced. The HUP-3 became a utility-minded form based in the H-25A and outfitted with a Continental R-975-46A piston engine. Thirty were built of which three were delivered to the Royal Canadian Navy. After 1962, these became the UH-25C.

The Failed U.S. Army Mule
From the H-25A mark was born the H-25A "Army Mule" for the United States Army. This was a utility transport platform and powered by the Continental R-975-46A series piston engine of 550 horsepower. The fuselage was given oversized doors along with a reinforced cabin floor for the rigors of Army service. Production then totaled seventy units from 1953 onward. However, once in service, this variant under-performed and a stock of fifty were transferred to USN service. Army operation of the Army Mule lasted just until 1958 before which point the series was relegated to helicopter training and little more.

Operators and Total Production
The HUP / H-25 Retriever was operated by Canada (Navy), France (Navy), and the United States (Army and Navy) during its time aloft. Total production of the series reached 339 examples and formal retirement of the line occurred in 1964.
Advertisements

Canada; France; United States
(OPERATORS list includes past, present, and future operators when applicable)
✓ Special-Mission: Anti-Submarine Warfare (ASW)
Equipped to search, track, and engage enemy underwater elements by way of specialized onboard equipment and weapons. ✓ Special-Mission: Search & Rescue (SAR)
Ability to locate and extract personnel from areas of potential harm or peril (i.e. downed airmen in the sea). ✓ Maritime / Navy
Land-based or shipborne capability for operating over-water in various maritime-related roles while supported by allied naval surface elements. ✓ Transport
General transport functionality to move supplies/cargo or personnel (including wounded and VIP) over range. ✓ Training (General)
Developed ability to be used as a dedicated trainer for student pilots (typically under the supervision of an instructor).

(Showcased performance specifications pertain to the base Piasecki H-25 (HUP Retriever) production variant. Compare this aircraft entry against any other in our database or View aircraft by powerplant type)
None. 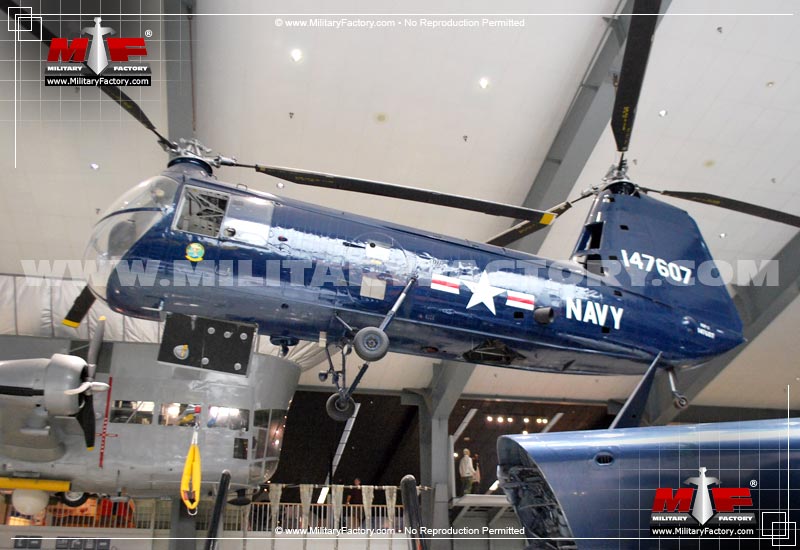 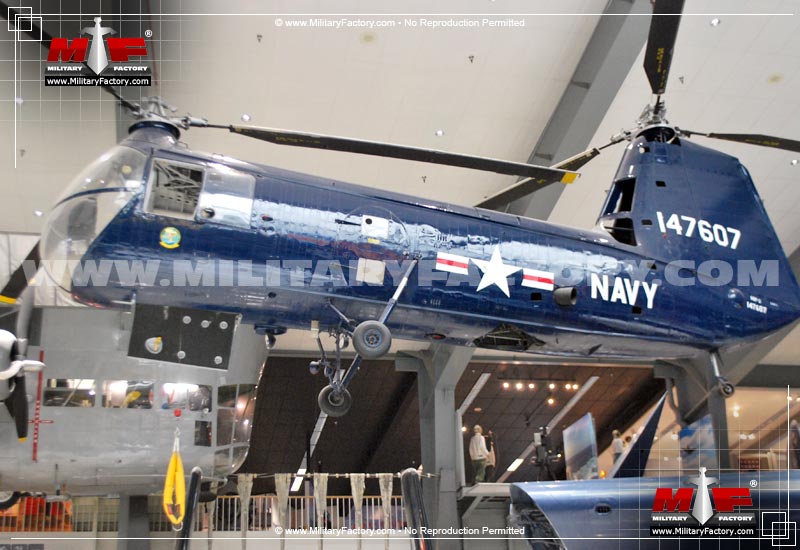 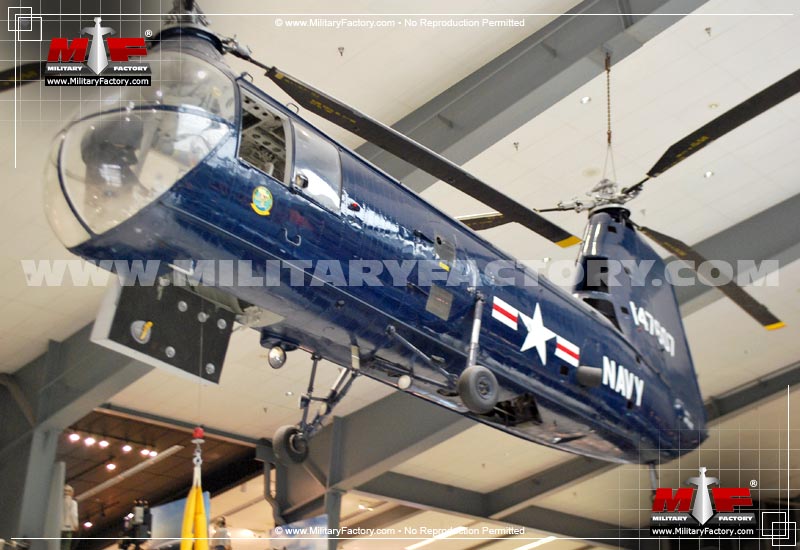 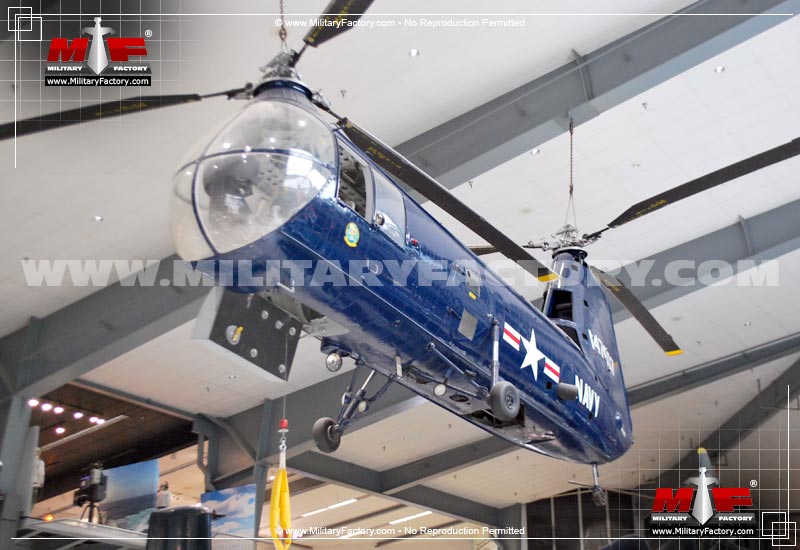 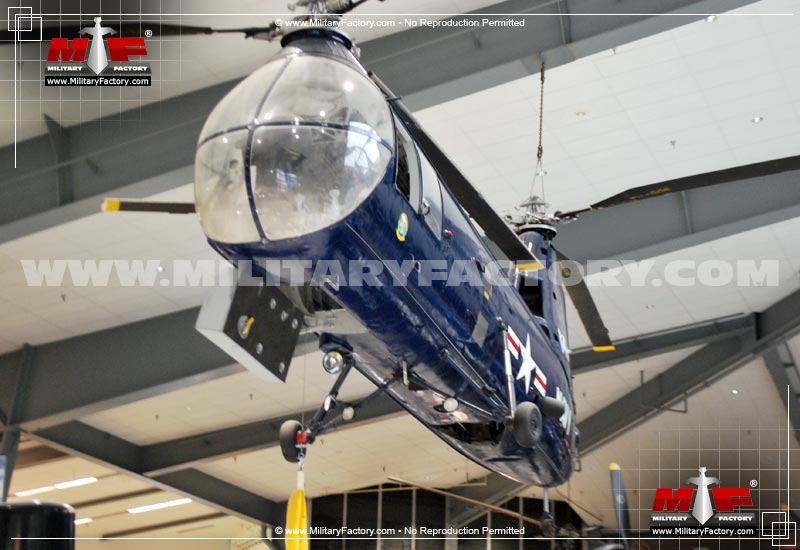 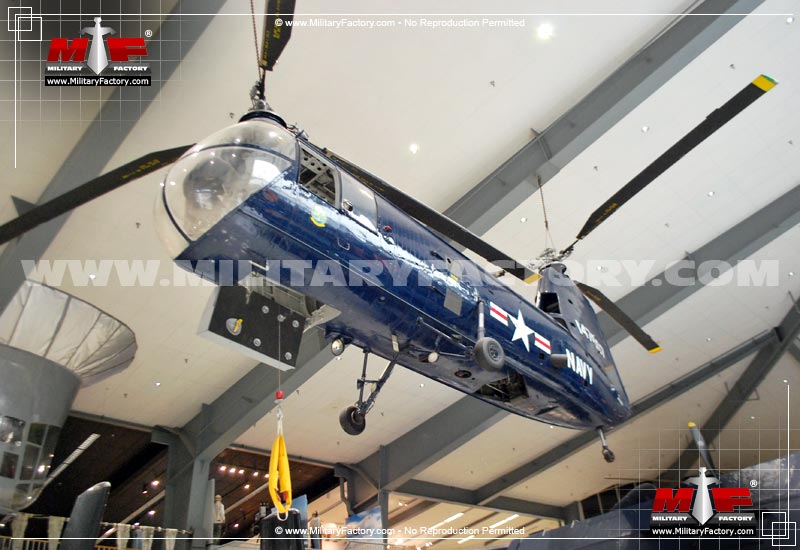 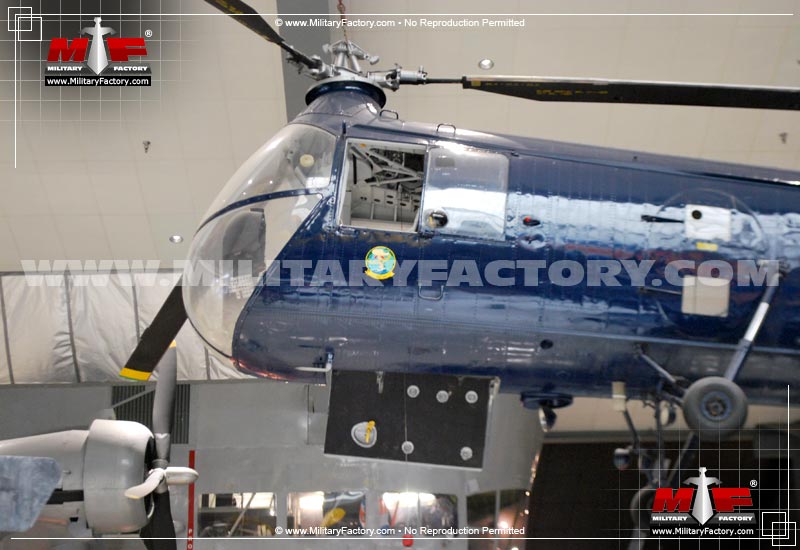 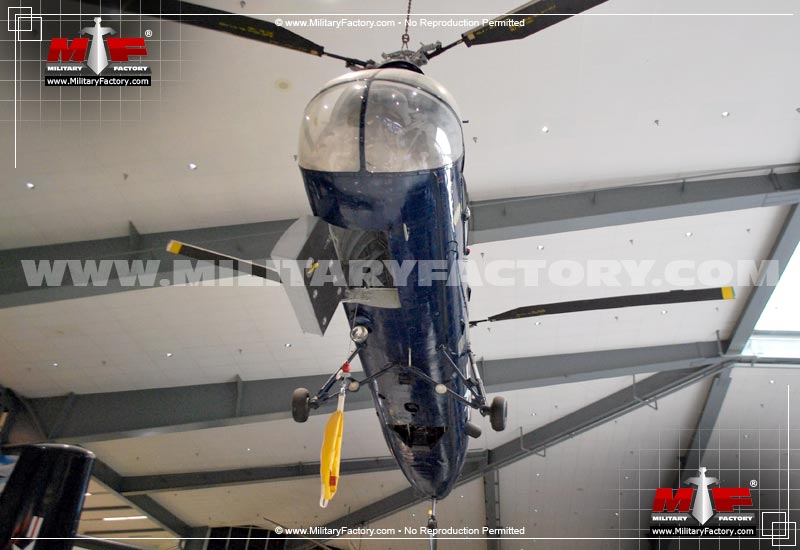 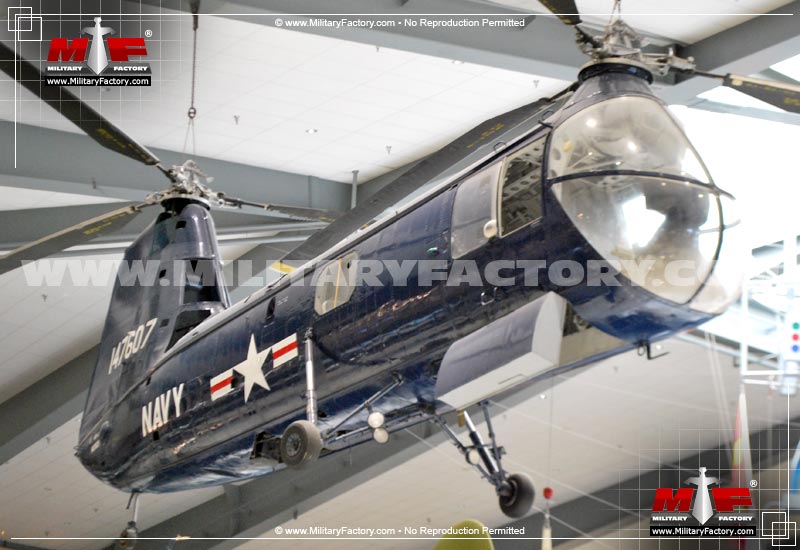 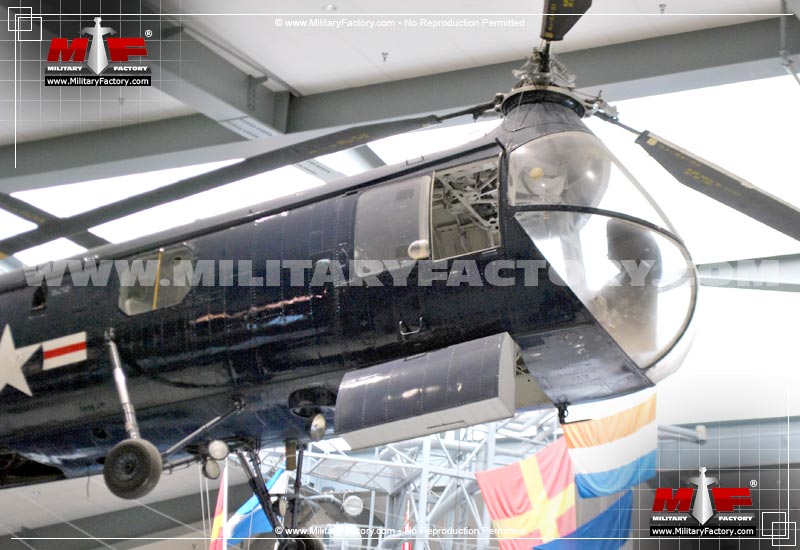 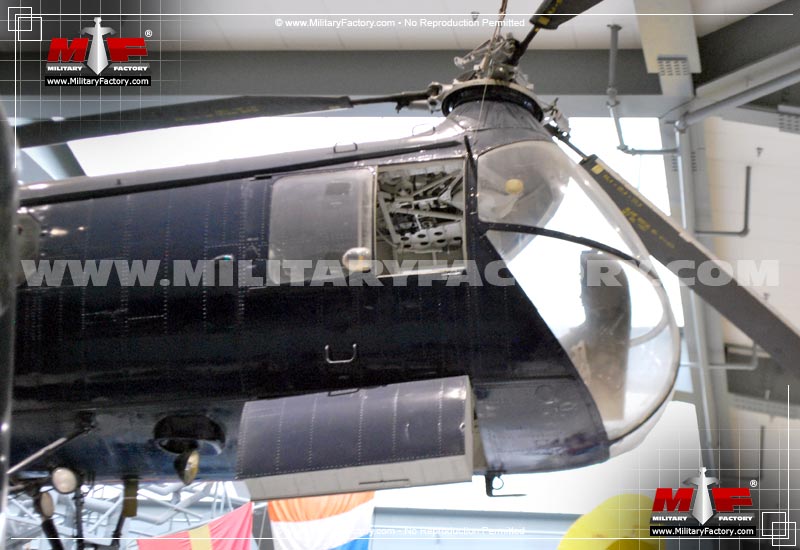 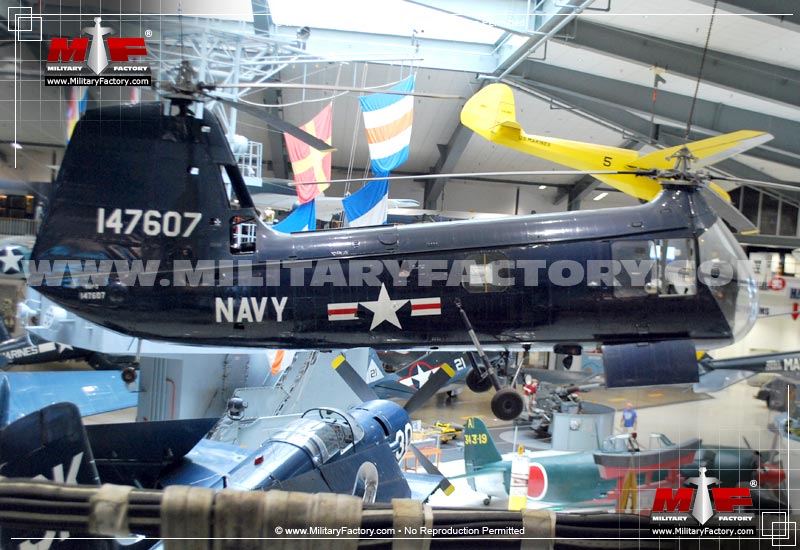 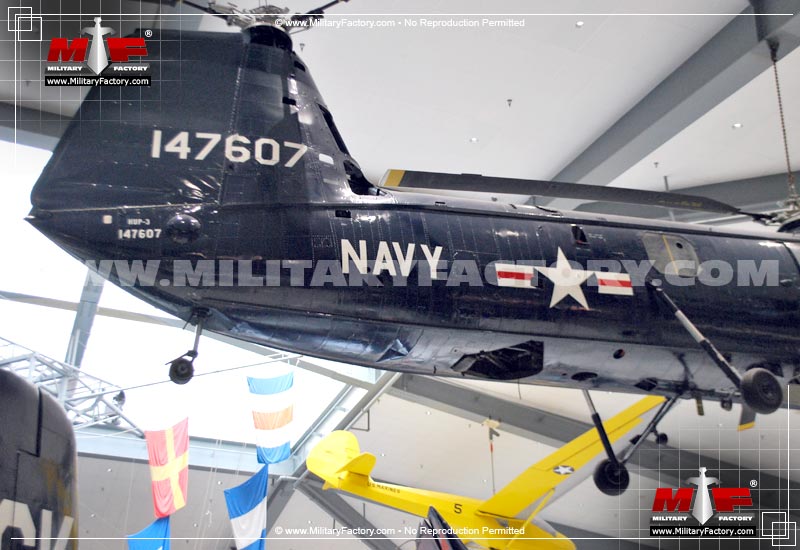 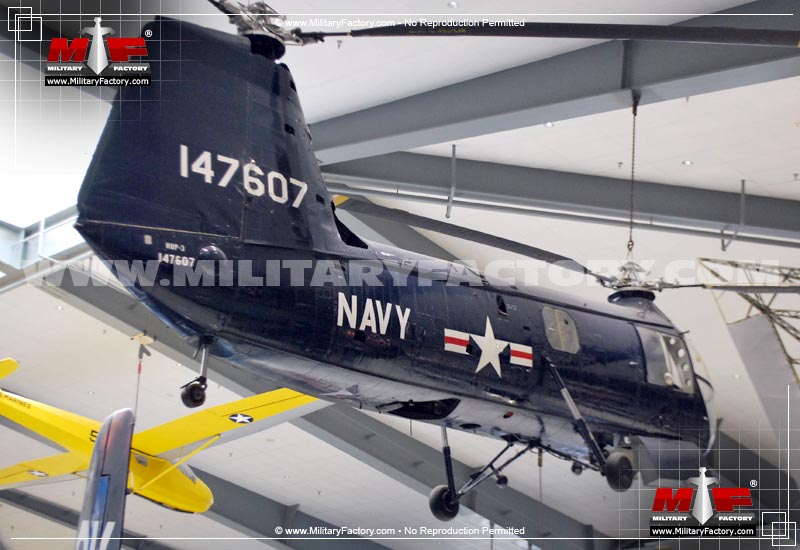 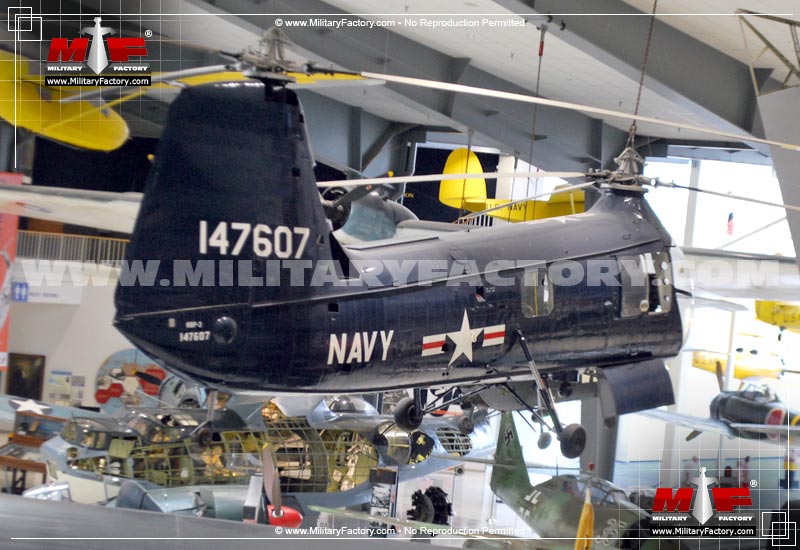