The Tachikawa Ki-94 emerged through two very different fighter forms in the latter part of World War 2 - only one was furthered into prototype form.

Authored By: Staff Writer | Last Edited: 02/08/2018 | Content ©www.MilitaryFactory.com | The following text is exclusive to this site. 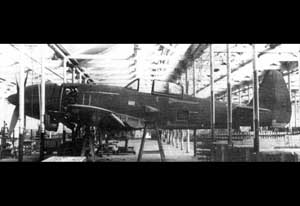 Many aircraft in development by Japan at the time of the surrender of 1945 were ended in whatever state they resided (if they had not already been destroyed, either by the Japanese themselves or by the relentless Allied air campaign). Tachikawa undertook two late-war programs intended as bomber interceptors for the Army under the "Ki-94" designation. As the American Boeing B-29 "Superfortress" high-altitude heavy bomber became the primary concern for the Japanese homeland, a high-altitude fighter capable of intercepting these machines was in order.

The initial Ki-94 offering, later bestowed the designation of "Ki-94-I" was a unique twin-boom, single-engine/twin-propeller fighter design with a centralized fuselage nacelle housing the cockpit, armament and engine. The wing mainplanes were low-mounted with the booms emanating from their trailing edges. The single-seat cockpit was fitted at the center of the fuselage nacelle with the engine in the nose. The aircraft would be powered by one engine installation - a Nakajima Ha-211 18-cylinder air-cooled radial piston type - while driving a twin-propeller arrangement: there was a four-bladed propeller unit at the nose and a second unit at the extreme end of the fuselage nacelle driven via an extension shaft (termed a "push-pull" configuration). Proposed armament was 2 x 37mm cannons along with 2 x 30mm cannons - a formidable frontal "punch" against any Allied bomber of the war.

This design proved too complex for the Army and was passed on by authorities.©MilitaryFactory.com
Advertisements

The follow-up Ki-94-II took on a more conventional design arrangement. A low-wing monoplane planform was used which sat the wings ahead of midships and the cockpit over it. The tail unit utilized a single vertical plane along with two low-set horizontal planes. The engine was held in the nose and a tail-dragger undercarriage featured. A pressurized cockpit was to be used to satisfy the high-altitude requirement. Power came from a Nakajima Ha-219 (Ha-44-12) 18-cylinder of 2,461 horsepower output driving a six-bladed propeller unit. Armament centered on 2 x 30mm Ho-155 series cannons paired with 2 x 20mm Ho-5 cannons - all fitted to the wing elements. There would be provision for carrying 2 x 550 lb drop bombs for the attack role if needed.

It was this second offering that was championed by the Army and further development would be had through three prototypes and one static test airframe. Additionally there would be some eighteen pre-production aircraft for useful operational experience. The first prototype appeared fitted with a Nakajima Ha-219 engine of 2,541 horsepower though only a four-bladed propeller was available to pair with it. The prototype did not see a first flight due to the end of the war in August 1945. A second prototype was still under construction at about this time and not completed. All work was scrapped in the period following the close of the war.©MilitaryFactory.com
Note: The above text is EXCLUSIVE to the site www.MilitaryFactory.com. It is the product of many hours of research and work made possible with the help of contributors, veterans, insiders, and topic specialists. If you happen upon this text anywhere else on the internet or in print, please let us know at MilitaryFactory AT gmail DOT com so that we may take appropriate action against the offender / offending site and continue to protect this original work.
Advertisements

(Showcased performance specifications pertain to the base Tachikawa Ki-94 production variant. Performance specifications showcased above are subject to environmental factors as well as aircraft configuration. Estimates are made when Real Data not available. Compare this aircraft entry against any other in our database or View aircraft by powerplant type)
STANDARD (Ki-94-I, proposed):
2 x 37mm cannons
2 x 30mm cannons 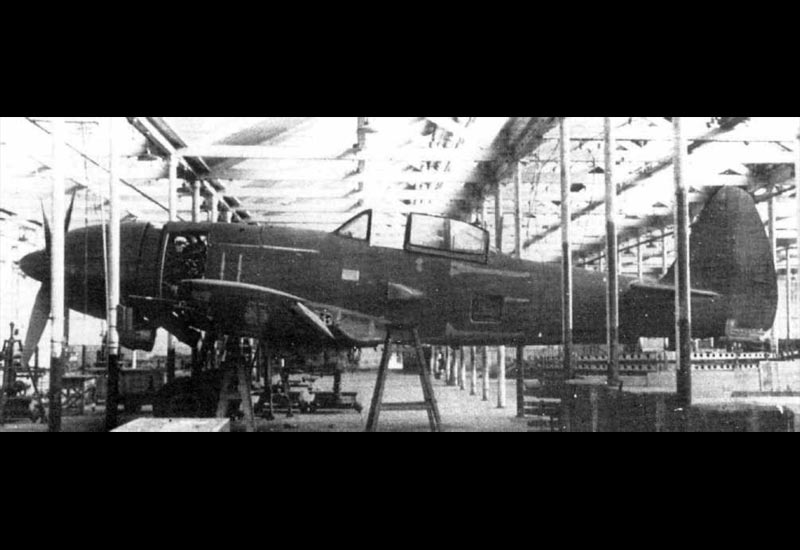 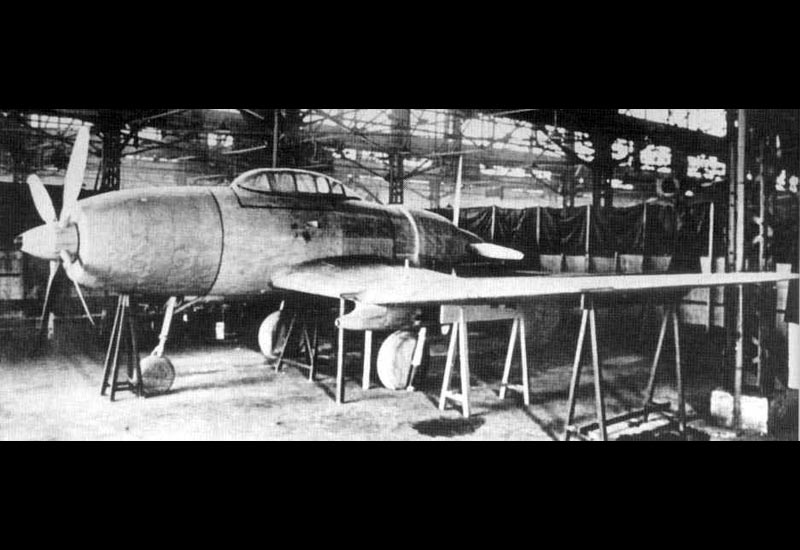