The Nakajima Ki-87 had origins in work begun during 1942 but the arrival of the Boeing B-29 Superfortress heavy bomber by the Allies accelerated interceptor designs like it.

Authored By: Staff Writer | Last Edited: 05/06/2016 | Content ©www.MilitaryFactory.com | The following text is exclusive to this site. 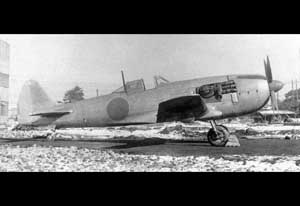 Even as early as 1942, Japanese Army engineers were fleshing out a new high-altitude fighter design. This required a relatively strong airframe for the needed internal components with a pressurized cockpit for the pilot and an engine of considerable power for high-altitude work. The designation of "Ki-87" was applied to the type and the Nakajima concern was commissioned to produce three prototypes of a standard design for the development phase.

Progress for the new fighter proved slow and the greater American commitment in the Pacific worsened the situation for Japan. Coupled with this were mounting losses by the Imperial Japanese Navy (IJN) which put a good amount of pressure on Army forces attempting to hold onto various strategic points in the Pacific region. The turbo-supercharger of the Ki-87 also presented a technological challenge and ended delaying the maturation of the project for the near future. A prototype was finally unveiled in February of 1945 and a first flight eventually had in April of that year. The prototype was fitted with a Nakajima Ha-44-12 18-cylinder radial piston engine which was not to become the intended production-quality powerplant.

The design of the fighter included a conventional arrangement featuring a low-set monoplane wing form fitted ahead of midships. The air-cooled radial engine lay in a compartment at the front of the fuselage and the fuselage tapered to the rear in the usual way - the cockpit set over the center of the design. The empennage was typical with a single vertical fin fitted between two low-mounted horizontal planes. The planes were noticeably set forwards of the tail fin. The engine would drive a four-bladed propeller unit which featured a large spinner at its center and the undercarriage was retractable and of the "tail-dragger" configuration. The pilot sat under a framed canopy which featured a sliding center section for entry/exit.

Proposed armament for the aircraft was 2 x 30mm Ho-105 series cannons installed in the out wing sections while 2 x 20mm Ho-5 canons were to be seated closer to the fuselage at the wing roots, these guns synchronized to fire through the spinning propeller blades due to their close proximity to the fuselage and nose. Beyond this fixed, standard arrangement was provision to carry 1 x 550lb bomb under fuselage centerline which was a rather interesting quality for an interceptor-minded design.

The engine of choice for the production Ki-87 form became the Mitsubishi Ha-219 "Ru", an 18-cylinder, air-cooled system driving the four-bladed propeller assembly at 2,400 horsepower output. Performance specifications included a maximum speed of 433 miles per hour (cruising being about 292mph) and a service ceiling of 42,175 feet.

By 1945, the American Boeing B-29 "Superfortress" high-altitude heavy bomber was making its presence known against Japanese-held territories and the Japanese home islands so this placed a premium on getting any and all capable interceptors into the air for the Japanese. The slow development phase of the Ki-87 did not help the situation and of the 500 planned for procurement by the Army, only the sole prototype was all that was realized before the Japanese surrender of August 1945 - the aircraft accounting for five test flights at that.

The Ki-87 was not assigned a nickname/codename by the Allies.
Advertisements

(Showcased performance specifications pertain to the base Nakajima Ki-87 production variant. Compare this aircraft entry against any other in our database or View aircraft by powerplant type)
STANDARD:
2 x 30mm Ho-105 cannons in outer wing sections (one per wing).
2 x 20mm Ho-5 cannons in wing roots (one per wing root) 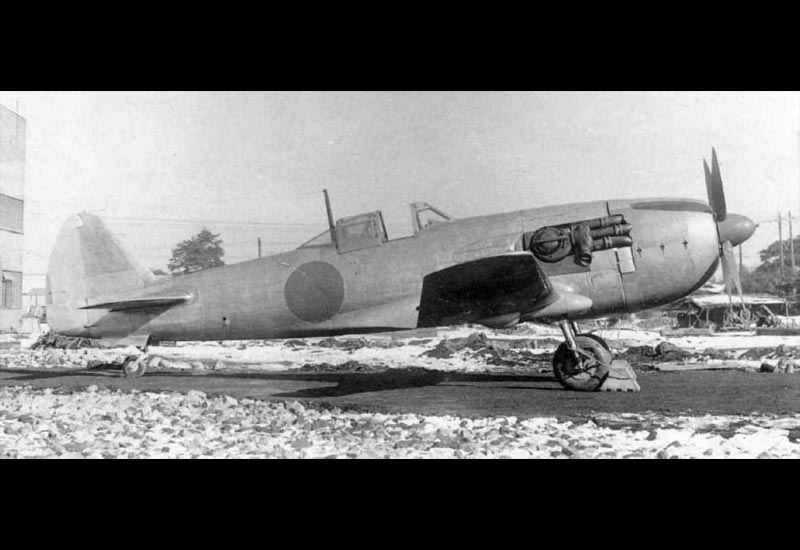