The Kawasaki Ki-88 failed to impress during its mock-up stage that it was not ordered into production for the Imperial Japanese Army Air Force. 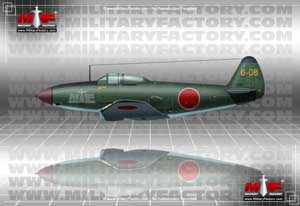 Concerned about the slow progress in getting the complex Kawasaki Ki-64 Heavy Fighter into the air (with its tandem engine arrangement), Imperial Japanese Army (IJA) authorities thought it best to allow development of an interim, or insurance-minded, fighter aircraft which became the Kawasaki "Ki-88" of simpler form and function. However, the aircraft only reached a mockup stage by which time its performance was estimated to be no better than existing Japanese service fighters so the Ki-88 was never officially adopted nor ordered for serial production.

Work began as soon as August 1942 and took no more a conventional design approach than the Ki-64 in that it utilized a rear-mounted engine driving a forward-mounted propeller. The engine was connected to the propeller unit by way of a drive shaft running under the cockpit floor - similar in concept to the classic American Bell P-39 "Airacobra" (detailed elsewhere on this site). In similar fashion, a 37mm cannon was fitted to fire through the propeller hub as the forward compartment of the fuselage lay empty thanks to the rear engine placement. The cockpit was seated aft of the cannon and wing mainplanes mounted low and ahead of midships. The tail was a conventional, single-finned unit being used while the undercarriage was made up of a "tail-dragger" configuration. Beyond its 37mm gun, the aircraft was also slated to carry 2 x 20mm cannons in the lower nose section, offering frontal battery against any and all enemy warplanes fielded across the Pacific Theater.

The end of the road for the Ki-88 came when the design was reviewed in its mock-up stage during 1943 and found that it would be no more faster than some of the fighters already in use or beginning to come online in number. Since nothing could be gained from the Ki-88 project, it was abandoned in favor of other, more promising ventures needed by the Japanese military going forward.

As designed, the Ki-88 featured a length of 33.5 feet and a wingspan of 40.7 feet. Gross weight was listed at 8,600 pounds. Power was to come from a Kawasaki Ha-140 18-cylinder air-cooled radial piston engine developing 1,500 horsepower. Calculated maximum speed was 375 miles per hour and no other estimated performance specifications were offered.
Advertisements

(Showcased performance specifications pertain to the base Kawasaki Ki-88 production variant. Compare this aircraft entry against any other in our database or View aircraft by powerplant type)
PROPOSED:
1 x 37mm cannon firing through the propeller hub
2 x 20mm cannons in lower nose 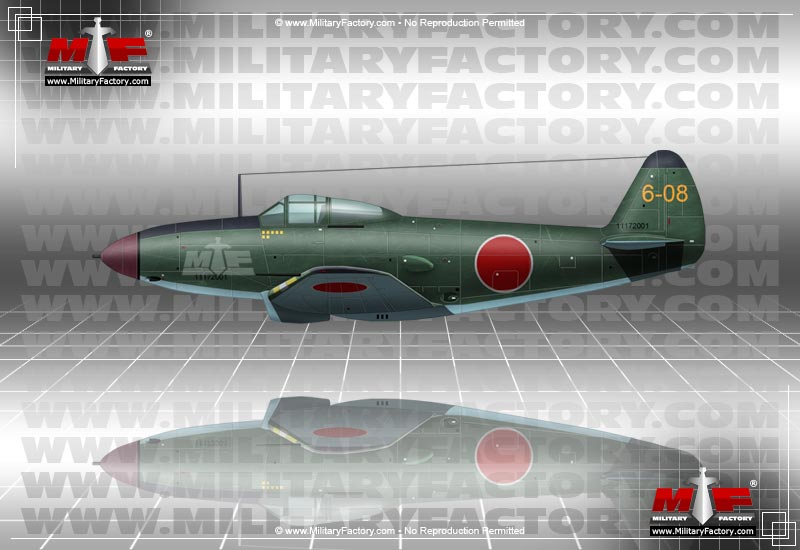