CAC of Australia produced the RAAF version of the North American F-86F Sabre jet fighter as the CA-27 Avon-Sabre with changes enacted to suit local requirements. 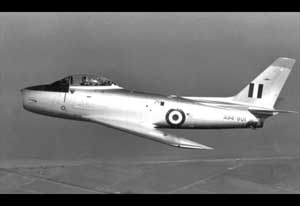 The F-86 "Sabre" was a success story for the North American Company as 9,860 of all types were made, making it one of the more influential of the early jet fighters in service anywhere in the world. Variants proved plentiful as there were dedicated fighter types, reconnaissance platforms and special mission types witnessed over the course of a long and illustrious fighting career. In Australia, the Sabre was adopted, but through more of an indirect route, as the F-86F laid the foundation for what was to become an evolved Sabre form by Commonwealth Aircraft Corporation (CAC) - the "Avon-Sabre".

The F-86F fell to Australia under license-manufacture and this laid the groundwork for the prototype form "CA-26". The chief change was the introduction of the British Rolls-Royce "Avon" Mk 26 turbojet supplanting the original American-originated General Electric J47 system. This forced a major redesign of the fuselage structure to accommodate the new engine's air draw and lighter weight. The fuselage was lengthened at its front and shortened at its rear while given a deeper profile. The six 0.50 caliber Heavy Machine Guns (HMGs) were replaced by a pair of 30mm Aden cannons providing greater firepower. Two underwing hardpoints allowed for the carrying of drop bomb, rocket and missiles. Performance from the new engine offered a 50% increase to thrust and , before the end, the aircraft retained just 40 percent of its original structure making it something of an all-new design - though the general form of the American Sabre was still readily identifiable - including its low-mounted, swept-back wing surfaces, "tear-drop" style canopy and nose-mounted intake.

Once readied, CA-26 undertook its first flight on August 3rd, 1953. Following testing and acceptance trials, the aircraft was adopted under contract "CA-27" and came to be known as the "Avon-Sabre" due to its choice of powerplant. From this came 111 total production examples which began delivery to the Royal Australian Air Force (RAAF) in 1954. The initial 22 units were designated Sabre Mk.30 and completed with imported Avon RA.7 turbojet engines while their wings featured slats. The following 20 aircraft arrived as Sabre Mk.31 fighters and were the first to feature CAC-produced Avon 20 turbojet engines while their wings were non-slatted and leading edges extended some. The Sabre Mk.32 model carried the in-house Avon 26 turbojet of 7,500lb thrust. An additional set of underwing hardpoints were also included to bring the total to four weapon stations. The Sabre Mk.31 variant were Mk.30 aircraft with non-slatted "6-3" wings. A further 20 "new-build" aircraft arrived in this standard from CAC to further strengthen the inventory. The final iteration of the Avon-Sabre was the Sabre Mk.32 which relied on the Avon 26 series engine and sixty-nine of this mark were produced into 1961.

The Sabre Mk.32 exhibited a maximum speed of 700 miles per hour, a range out to 1,155 miles and a service ceiling up to 52,000 feet. Its rate-of-climb reached 12,000 feet-per-minute. Up to 5,300lb of external stores could be carried (in addition to the two fixed, standard 30mm internal cannons) across four total hardpoints - made up primarily of 2 x 500lb / 1,000lb conventional drop bombs, 24 x 80mm Hispano SURA rockets, or 2 x AIM-9 Sidewinder Air-to-Air Missiles (AAMs). The two inner-most hardpoints were typically reserved for jettisonable external fuel tanks to increase inherent operational ranges.

Avon-Sabres led a solid life in service to the RAAF with a flying career spanning 1954 to 1971. They also made up the "Black Panther" aerobatic teams witnessed from 1965-1966. At least seven RAAF squadrons equipped with the type including No.2 Operational Conversion Unit and No.5 Operational Training Unit. First combat exposure occurred during the "Malayan Emergency" (1948-1960) in which Commonwealth forces intended to prevent a communist takeover of Malaya. These sorties were strike runs against enemy targets. From 1963 until 1966, Sidewinder-equipped Avon-Sabres were used in the air defense role against Indonesia during the Indonesian-Malaysian confrontation. Further actions saw Avon-Sabres stationed in Thailand to support the local government against communist actions there. During the Vietnam War (1955-1975) Avon-Sabres remained in Thailand but did not see direct action against North Vietnamese air power.

The end of the line began to appear for Avon-Sabres during the mid-1960s when the RAAF moved to adopt the French Dassault "Mirage III" interceptor (detailed elsewhere on this site). This led to their eventual retirement from service in 1971-1972. Existing stocks were sold off to both Malaysia and Indonesia where they ended their flying careers in time.
Advertisements

Australia; Indonesia; Malaysia
(OPERATORS list includes past, present, and future operators when applicable)
✓ Air-to-Air Combat, Fighter
General ability to actively engage other aircraft of similar form and function, typically through guns, missiles, and/or aerial rockets. ✓ Interception
Ability to intercept inbound aerial threats by way of high-performance, typically speed and rate-of-climb. ✓ Ground Attack (Bombing, Strafing)
Ability to conduct aerial bombing of ground targets by way of (but not limited to) guns, bombs, missiles, rockets, and the like. ✓ Close-Air Support (CAS)
Developed to operate in close proximity to active ground elements by way of a broad array of air-to-ground ordnance and munitions options.

(Showcased performance specifications pertain to the CAC CA-27 Avon-Sabre production variant. Compare this aircraft entry against any other in our database or View aircraft by powerplant type)
STANDARD:
2 x 30mm ADEN cannons in forward fuselage.

OPTIONAL:
Four underwing hardpoints for up to 5,300 pounds of external stores.

General Assessment
Firepower
Performance
Survivability
Versatility
Impact
Values are derrived from a variety of categories related to the design, overall function, and historical influence of this aircraft in aviation history.
Overall Rating
The overall rating takes into account over 60 individual factors related to this aircraft entry.
76
Rating is out of a possible 100 points.
Relative Maximum Speed
Hi: 750mph
Lo: 375mph
This entry's maximum listed speed (684mph). 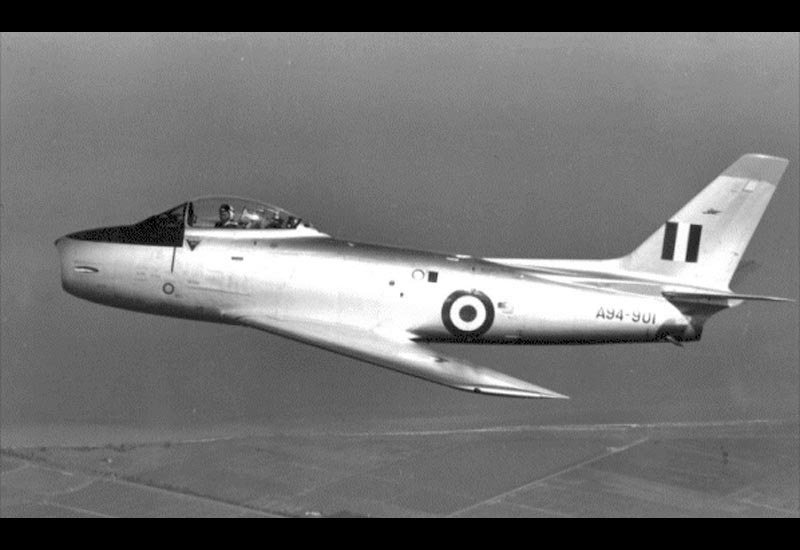