The CAC CA-15 Kangaroo was the most advanced fighter design to come out of Australia during World War 2 - only a single prototype being completed.

Authored By: Staff Writer | Last Edited: 01/31/2022 | Content ©www.MilitaryFactory.com | The following text is exclusive to this site. 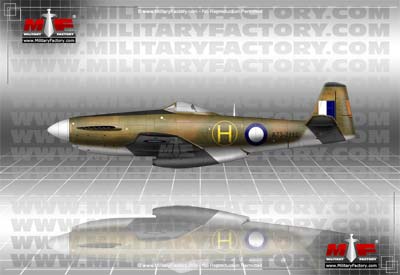 Much of Australian industry was evolved and put to the test during World War 2 (1939-1945). Its aviation sector eventually produced a handful of viable developments including the nationally-important CAC "Boomerang" by the Commonwealth Aircraft Corporation which had been established in 1936. In 1943, as the Pacific War continued to rage on near the Australian border, a new initiative was put into action involving a single-seat, single-engine monoplane fighter utilizing all-metal stressed-skin construction. Power for the aircraft was to come from the American-made Pratt & Whitney R2800-10W "Double Wasp" turbocharged radial piston engine of 2,300 horsepower output. The engine proved a monumental success during the war as it powered such famous types as the Martin B-26 "Marauder" medium bomber, the Curtiss C-46 "Commando" transport, and the Republic P-47 "Thunderbolt" fighter. Unfortunately this also meant that the engine continued to be in great demand outside of Australia.

The new endeavor was the CA-15 intended for the interceptor and bomber escort roles. CAC engineers, fresh off the success of their Boomerang program, elected for a well-streamlined and deep fuselage with the engine accordingly situated at front, the cockpit at center and a conventional single-finned tail unit at rear. The wing mainplanes were low-mounted and straight near midships and featured clipped tips. The pilot sat under a teardrop-style canopy offering excellent vision above and to the sides of the aircraft - though the design suffered as most wartime fighters did - the long nose and mainplanes obstructed much of vision towards critical quadrants about the aircraft. A "tail-dragger" retractable undercarriage was installed and a four-bladed propeller unit was fitted to the engine. The CA-15 showcased some of the form of the classic North American P-51 Mustang through its general appearance which included a ventral air scoop.

When it became apparent that the Double Wasp radial engine was not to be had in the numbers required, the decision was made to adopt an inline engine instead and this became the British Rolls-Royce Griffon 61 series liquid-cooled system. This added some complexity to the internal workings and overall operation of the aircraft. The shift in powerplant also did little to move the program along.

In August of 1945, the Empire of Japan formally capitulated and brought an end to the War in the Pacific for September. The CA-15 had still not yet flown and the massive military drawdown that followed the conflict cast a shadow on the slowly evolving indigenous Australian fighter project. Nevertheless, work on the product continued to the point that a first flight was finally had on March 4th, 1946. The aircraft featured its inline set in the nose and a streamlined spinner managed the four-bladed propeller unit. The CA-15 was a good initiative for the country and its most advanced wartime design to appear. In testing, it was able to see speeds reaching near 450 miles per hour.

On December 10th of that year, the sole working prototype suffered a failure of its undercarriage hydraulics when attempting to land at Point Cook - leaving the main legs only partially lowered. After dumping fuel, the test pilot crash landed the aircraft. The pilot survived with a few bumps and scrapes but the aircraft suffered considerable damage in the exercise. Despite the setback, CA-15 was repaired and readied to be flown again and topped diving speeds over 500 miles per hour in further flights.

While the program continued forward, albeit at a much-reduced pace in peacetime, the product was no longer in need and served mainly in a data collecting role for most of its time aloft. The global shift to jet-powered aircraft did many fighter programs such as the CA-15 in at the end of the war and in the period immediately following. With that, the only completed prototype of the CA-15 was discarded and ultimately scrapped, lost to the pages of Australian aviation history. The project was formally ended in 1950.

While never officially named, the CA-15 ultimately garnered itself the nickname of "Kangaroo" in keeping with Australian aircraft naming conventions.

ARMORING Survivability enhanced by armor allocated to protect pilot / crewspaces and / or critical operating systems.
RUGGED AIRFRAME Inherent ability of airframe to take considerable damage.
HIGH-SPEED PERFORMANCE Can accelerate to higher speeds than average aircraft of its time.
HIGH-ALTITUDE PERFORMANCE Can reach and operate at higher altitudes than average aircraft of its time.
MARITIME OPERATION Ability to operate over ocean in addition to surviving the special rigors of the maritime environment.
BAILOUT PROCESS Manual process of allowing its pilot and / or crew to exit in the event of an airborne emergency.
ENCLOSED CREWSPACE(S) Features partially- or wholly-enclosed crew workspaces.
RETRACTABLE UNDERCARRIAGE Features retracting / retractable undercarriage to preserve aerodynamic efficiency.

General Assessment
Firepower
Performance
Survivability
Versatility
Impact
Values are derrived from a variety of categories related to the design, overall function, and historical influence of this aircraft in aviation history.
Overall Rating
The overall rating takes into account over 60 individual factors related to this aircraft entry.
34
Rating is out of a possible 100 points.
Relative Maximum Speed
Hi: 500mph
Lo: 250mph
This entry's maximum listed speed (447mph). 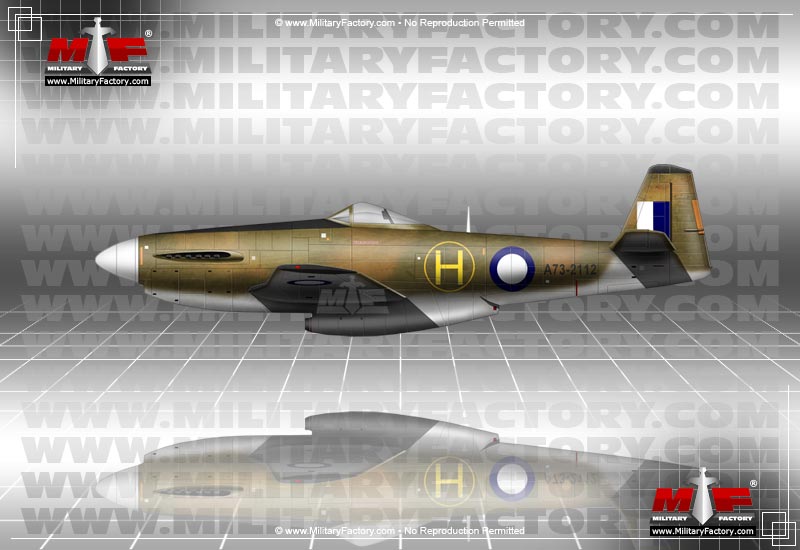 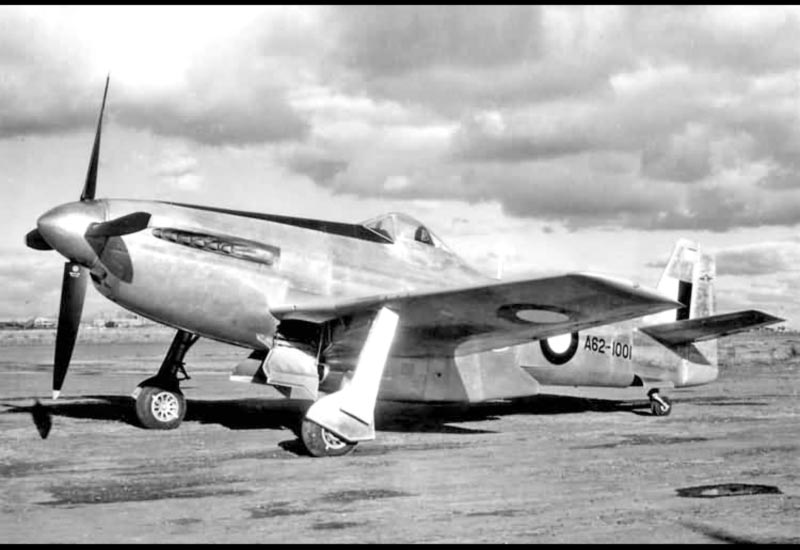