The F2A Buffalo fought valiantly in the first Battle of Midway, where losses were heavy. 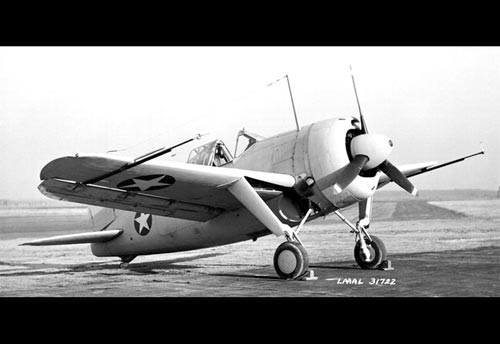 Brewster Aeronautical Corporation managed a few notable designs for its time in American military aviation history - existing mainly during the period encompassing World War 2 (1939-1945). There were the SBN and SB2A "Buccaneer" scout bombers of 1941 and the failed XA-32 ground attacker of 1943 - Brewster's final entry in the field. The company also produced, under license, the classic American naval fighter F4U "Corsair" in its F3A-1 variant form. The company went defunct in April of 1946 after the war had ended.

Perhaps Brewster's greatest in-house achievement was its pre-war F2A which was developed to a U.S. Navy (USN) specification calling for a carrier-based fighter of monoplane configuration. This aircraft went on to become the service's first-ever monoplane and was one of the first to incorporate several features that allowed it to operate effectively on carrier decks - namely the inclusion of an arrestor hook for landing actions.

Design of the aircraft emerged from work undertaken at Brewster by Dayton T. Brown and R.D. MacCart in 1936. The basic model, known internally as "B-139", incorporated a single-seat, single-engine monoplane arrangement with all-metal construction - certainly very modern qualities for the period. USN authorities liked what they saw and ordered a prototype - the "XF2A-1" - on June 22nd, 1936. The aircraft went airborne for the first time on December 2nd, 1937 and was powered by a Wright XR-1820-22 "Cyclone" air-cooled radial piston engine of 950 horsepower.

The aircraft faced off in 1939 - and won - against the aircraft that would become the F4F "Wildcat" offered Grumman, therefore taking the claim as the Navy's first true operational monoplane fighter (the Wildcat would go on to have its own notable career in due time). The F2A was selected to succeed the aging and outmoded line of Grumman F3F fighters and its performance was markedly better than the competing Grumman offering at the time.

The Brewster design featured a large radial engine fitted in the nose driving a three-bladed propeller unit. The engine's size forced the aircraft to be given a deep fuselage which was also short in length - providing the fighter with a very stout appearance. The pilot's cockpit was covered over in a framed, sliding (rearward) canopy and the undercarriage was wholly retractable - thoguh the legs remained exposed against the sides of the forward fuselage underside when in flight. The wing mainplanes were set along the midway point of the fuselage sides, were straight in their general appearance, and showcased clipped tips. The tail unit relied on a single vertical tail fin and low-mounted horizontal planes.

However, of the 50+ aircraft ordered, just eleven would ever make it to the USN inventory as 43 of the line - deemed "surplus" - were sold to Finland where their single 0.30 caliber machine guns were given up in favor of a fourth 0.50 caliber weapon for a heftier frontal "punch".

Following a March 1939 request by the U.S. Navy, Brewster installed a Wright R-1820-40 radial engine of 1,200 horsepower output into its prototype along with a new electrically-driven propeller unit (the original one was hydraulically-powered) and a revised fuel system. These changes were enough to warrant redesignation of the prototype to "XF2A-2" which began testing during July 1939. Then followed an order for 43 aircraft to this standard as the "F2A-2" (with the original mixed machine gun armament) to cover the USN's loss of the F2A-1 stock that left for Finland. Service entry of the F2A-2 models was in September of 1940 and, from the 30th example on, the aircraft's armament suite was reworked to carry 4 x 0.50 caliber systems as in the Finnish models and armor protection and self-sealing fuel tanks were standard.©MilitaryFactory.com
Advertisements

While World War 2 was in full swing by now, the United States was not an official player just yet. However, Finnish F2A aircraft were in combat against Soviet forces where they delivered strong over-battlefield results against outclassed enemy pilots - some thirty-six Finnish aces were made piloting F2As. This marked the most success that the line would see in the whole of its wartime career despite various owners employing the platform across multiple theaters.

Back in 1939, Brewster was commissioned to provide a land-based version of its promising carrierborne fighter so this produced the in-house "B-339" product designation. As a land-based fighter, the aircraft could now be simplified as it no longer required navy-minded features like the arrestor hook as it would be operating from full-length prepared runways. The aircraft was fitted with a Wright GR-1820-G104A radial engine of 1,100 horsepower and larger fuel tank for improved range. After a visit by a Belgian group, this aircraft was ordered through forty examples (as the B-339B) and 170 more were contracted by the British (B-339E) to serve as the "Buffalo Mk.I". The British requested "British-centric" equipment, armor protection, and provision for the local, lighter 7.7mm Browning machine gun. The Dutch followed in 1940 with a 72-strong order all their own (B-339C and B-339D).

Due to the speed of the collapse of the Low Countries (which included Belgium), the Belgium machines were rerouted to Britain with first examples arriving during July 1940. It was the British that named the F2A as "Buffalo" and these went on to serve the British Royal Air Force as well as elements of the Australian and New Zealand air services. The Dutch received their first examples in March 1941 for service in the Royal Netherlands Indies Army and ordered 20 more (B-339-23) with Wright GR-1820-G205A radials of 1,200 horsepower but these were rerouted to the United States Army Air Forces (USAAF) after the fall of the Dutch East Indies to the Japanese. Seventeen of this stock was sent in mid-1942 to the Australians to bolster their local defense.

U.S. Navy interest in the F2A continued as the "F2A-3" was given life in a January 1941 initiative. The objective of ordering 108 of this mark was to supply the Brewster production lines with work amidst the growing war overseas - America remained on the sidelines to this point but was not blind to the worsening situation of its allies. The F2A-3 incorporated many of the changes seen in the export F2A models and brought along a lengthened fuselage to accept the Wright R-1820-40 radial engine. The new engine affected the aircraft's center-of-gravity and would have to be position slightly further ahead than in previous models. As in earlier marks, the F2A-3 retained its armor protection and a collection of 4 x 0.50 caliber heavy machine guns. The last F2A aircraft was completed in March of 1942, rounding out the 509 unit total.

Deliveries of the F3A-3 mark to the USN spanned July to December 1941. It was soon found that the changes brought into the new variant hampered performance and maneuverability which reflected poorly on the rather otherwise competent design. As such, naval aviators disliked the portly little fighter in its newest guise and its combat performance suffered during its short participation in American hands.

On December 7th, 1941, the Japanese Navy attacked Pearl Harbor and brought the United States into the war. F2A aircraft were still on hand but described as obsolete due to their general instability as gunnery platforms and reduced performance due to excessive weight. This proved painfully clear when F2As were forced to tangle with the nimble Japanese Mitsubishi A6M "Zero" in the early going. Likewise the British and Dutch forces operating Buffalos in Southeast Asia saw similar results with their outmoded machines - forcing in-the-field measures to be enacted to make the fighters serviceable in combat against Japanese types. Turning was improved by reducing weight so this meant that fuel and ammunition carried aboard was limited.

For the Americans, the F2A was rather quickly superseded in the USN inventory as more mature Grumman F4F forms came online and progress was had on the Grumman F6F "Hellcat" and Vought F4U "Corsair" carrier-based fighters. USMC aviators based on Midway Island tried as best they could in their F2A-3 fighters during the Battle of Midway covering June 4th through June 7th, 1942. While a decisive American victory, the battle made it clear that the fighting days of the F2A series were at an end. Its pilots began referring to their little machines as "flying coffins".

A few Buffalos were captured by the Japanese, test flown, and used in propaganda footage. The Finns attempted a local development of the Brewster fighter as the VL "Humu" - though only one was completed and flew for the first time on August 8th, 1944.©MilitaryFactory.com
Note: The above text is EXCLUSIVE to the site www.MilitaryFactory.com. It is the product of many hours of research and work made possible with the help of contributors, veterans, insiders, and topic specialists. If you happen upon this text anywhere else on the internet or in print, please let us know at MilitaryFactory AT gmail DOT com so that we may take appropriate action against the offender / offending site and continue to protect this original work.
Advertisements

General Assessment
Firepower
Performance
Survivability
Versatility
Impact
Values are derrived from a variety of categories related to the design, overall function, and historical influence of this aircraft in aviation history.
Overall Rating
The overall rating takes into account over 60 individual factors related to this aircraft entry.
64
Rating is out of a possible 100 points.
Relative Maximum Speed
Hi: 400mph
Lo: 200mph
This entry's maximum listed speed (321mph). 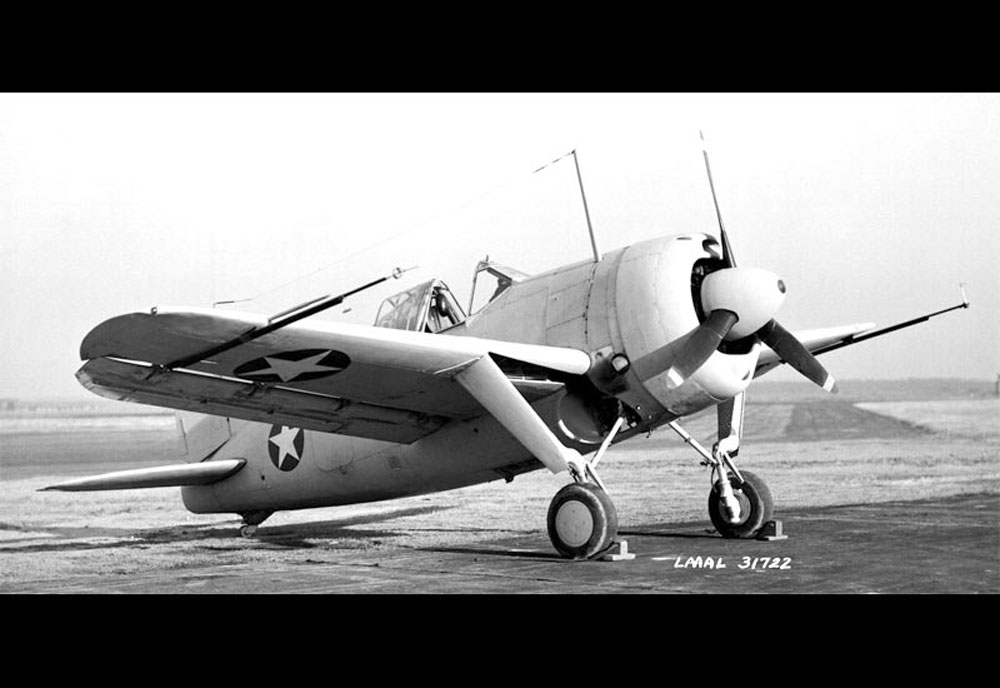 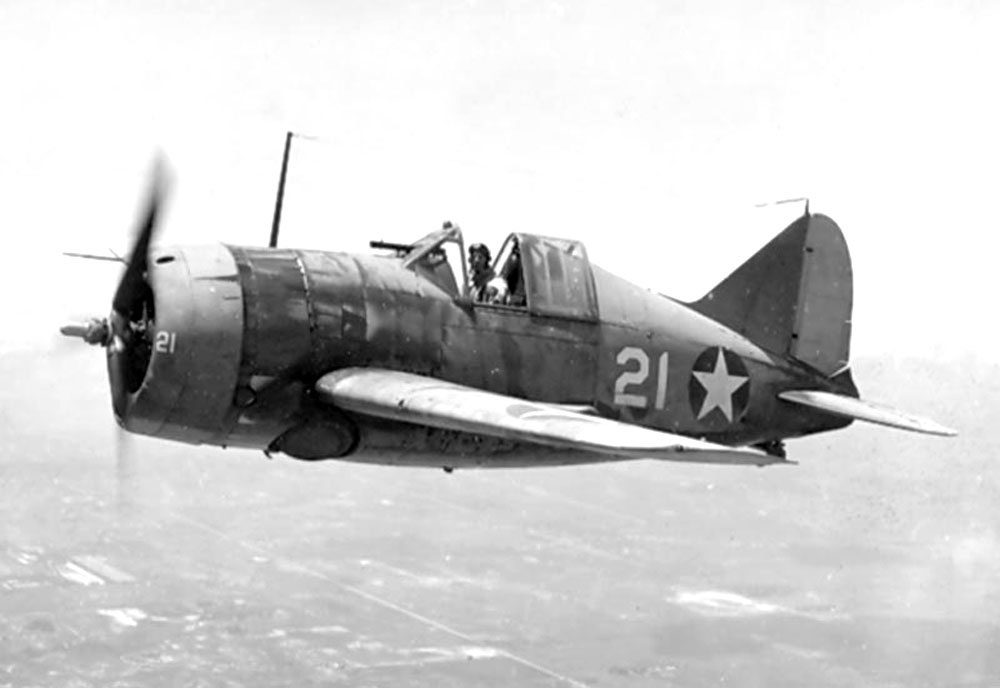 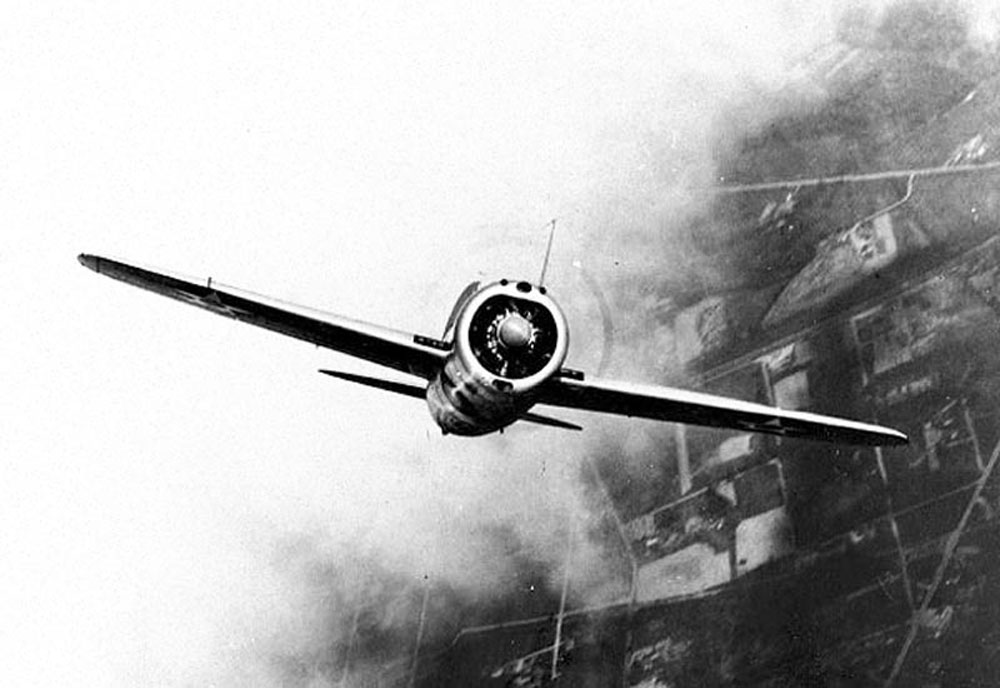 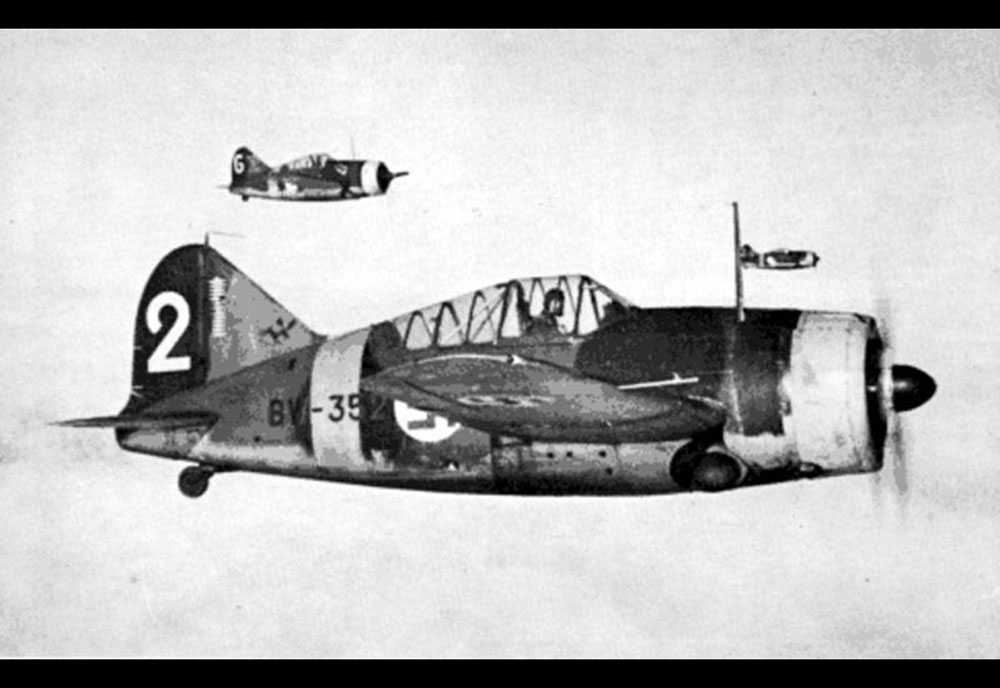