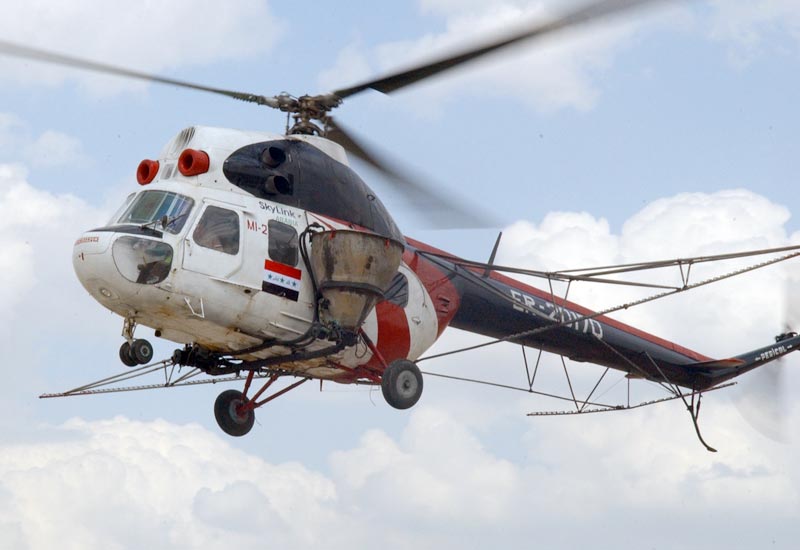 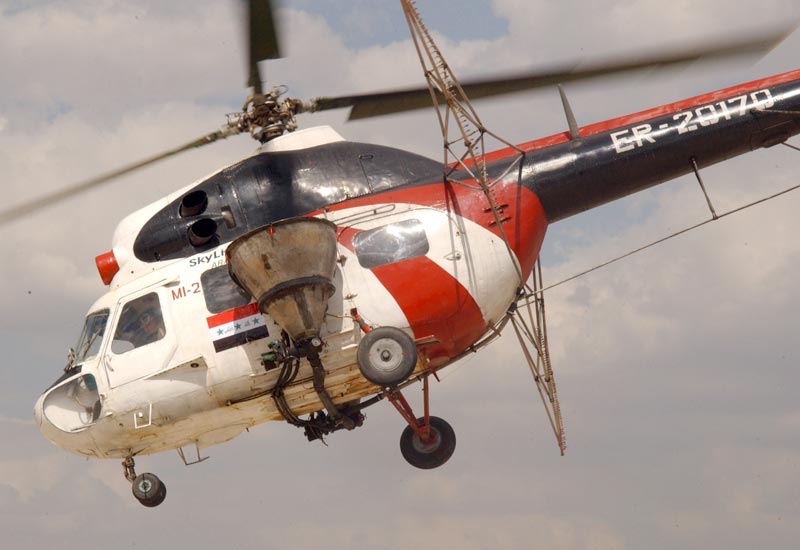 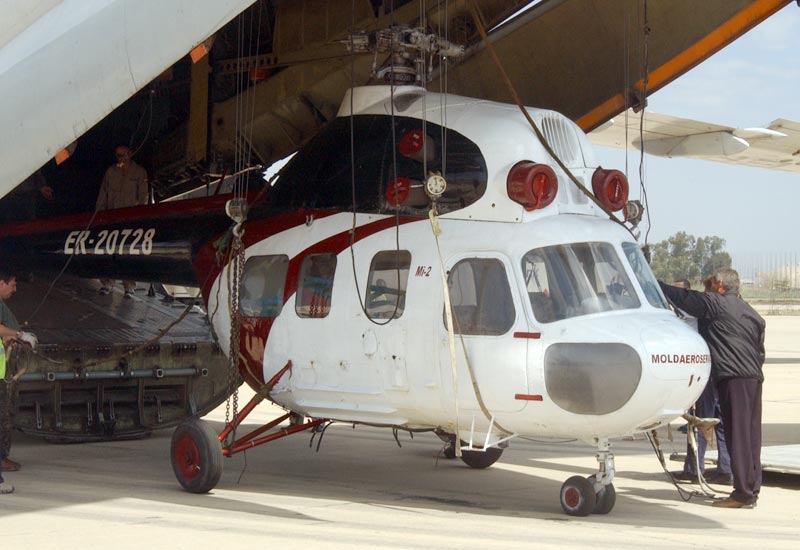 The Soviet helicopter industry began with the introduction of the Mil Mi-1, a simple, single engine development which appeared in 1950 and was followed in production by 2,594 examples into 1965. The next logical step in its development was the Mil Mi-2 which emerged from PZL-Swidnik of Poland in 1965. A prototype achieved first-flight in 1961 and, from there, 5,497 examples followed. It became known to NATO as "Hoplite".

The Mi-2 was larger than its predecessor and fitted two engines over its cabin. It relied on a three-point, fixed, wheeled undercarriage and could be operated by a single crewman. The cabin provided seating for up to eight passengers and could relatively easily be converted to the cargo transport role. Such was the versatility of this product that some air services of the world armed the type and modified it for other roles such as Search and Rescue (SAR).

The major shift on the Mi-2's design from the preceding Mi-1 was the switch from a radial engine to a turbine which was in line with developments witnessed in the West. This accordingly spurred work on a new Soviet turbine for which to use in an equally-new helicopter design, the engine designated GTD-350 and developed by one S.P. Isotov. The end-result was a more powerful rotary-wing platform which increased performance considerably and allowed a single airframe to undertake multiple roles - and compete with Western developments. The prototype went airborne on September 22nd, 1961 as the "V-2" and armaments trials were eventually had through the "V-2V" prototype that followed.

Early production forms were the Mi-2 "Platan", a minelaying platform, the Mi-2A and the upgraded Mi-2B (the latter intended for the export market). The Mi-2Ch "Chekla" became a smokescreener / chemical reconnaissance model and the Mi-2D "Przetacznik" an airborne command post with applicable equipment installed. The Mi-2FM was developed for surveying and the Mi-2P was used in the commercial passenger / cargo hauling roles. The Mi-2R became a mainstay in agriculture and the Mi-2RL was outfitted for the rescue / MEDEVAC role. Its maritime Search and Rescue (SAR) counterpart was the Mi-2RM. The Mi-2Ro was used in the reconnaissance role and a reconnaissance trainer became the UMi-2Ro.

The Mi-2RS "Padalec" was specifically developed for the chemical / biohazard reconnaissance role and the Mi-2S was an air ambulance. The Mi-2Sz and Mi-2U marks featured a dual-control scheme for training.

Mi-2T was modified to carry cargo and could haul up to 1,545lb of internal loads and 1,765lb of externally-slung loads. Performance included a maximum speed of 125 miles per hour, a range of 275 miles and a service ceiling of 13,125 feet. Rate-of-climb reached 885 feet-per-minute.

The Mi-2US was an armed version sporting a 23mm NS-23 automatic cannon in a fixed, forward-firing mount. it also carried up to 4 x 7.62mm PKT machine guns and could install another PK machine gun at the cabin door.

The Mi-2 "Plus" was an upgraded Mi-2 model featuring GTD-350W2 series engines. it also incorporated a modernized avionics suite and composite main rotor blades. The Mi-2MSB was a modernized form and passenger hauler for the civilian market. The Mi-2MSB-V was another modernized form, though military in nature, and intended for the Ukrainian Air Force.

Operators of the Mi-2 ranged from Algeria and Armenia to the Ukraine and Yugoslavia - many were former Soviet allied nations and states. While many operators have given up on the type, many continue its use including the modern North Korean Air Force.
Advertisements

(Showcased performance specifications pertain to the Mil Mi-2T production variant. Compare this aircraft entry against any other in our database or View aircraft by powerplant type)
Typically none though some dedicated models outfitted with armament for use as gunships and support aircraft. In this case the aircraft was seen with rocket pods, 23mm automatic cannons, Anti-Tank Guided Missiles (ATGMs) and Air-to-Air Missiles (AAMs) installed.