Only seven prototypes constituted the Blohm and Voss Fighter Glider program - cancelled during the fall of 1944. 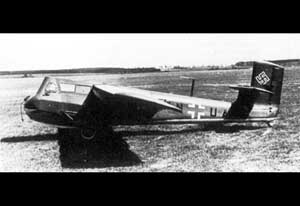 While generally focused on shipbuilding for its role in history, the German concern of Blohm und Voss began work in the field of aircraft during the rearmament years leading up to World War 2 (1939-1945). During the war, several of its large flying boat designs were adopted for service by the Luftwaffe and the company attempted to expand upon its good fortune by drawing up many fighter designs to fulfill ongoing requirements. Blohm & Voss would never be accused of being too traditional, especially considering its unorthodox offerings such as its asymmetric BV 141 reconnaissance light bomber (detailed elsewhere on this site). To its stable of paper airplanes was added the BV 40 - unique in its approach as it was to be a "fighter glider".

During 1944, the fortunes for Germany changed substantially with the rise of the Soviet war machine in the East and the successes encountered by the Allies in North Africa, Italy and across France. Particularly damaging to the German war effort were the day and night time bombing raids conducted by the masses of Allied bombers against factories, industrial centers, and general infrastructure. This gave rise to the need for German aircraft that could meet the challenge of these bombers and wreak their own brand of havoc before these aircraft could drop their war loads.

The BV 40 was conceived of as a very-low-cost alternative to more complex and expensive jet- or rocket-powered fighters undergoing work. The aircraft was given a rather utilitarian appearance through its boxy fuselage, made largely of wood, that featured an armored single-seat cockpit at front. The pilot lay prone on a padded bench in the nose which allowed for a very slim profile to be adopted. The cockpit was completed over in sheet metal construction. The wing mainplanes (straight appendages) were high-mounted for maximum lift while the tail utilized a single vertical fin with mid-mounted, forward-set horizontal planes. A twin-wheeled undercarriage (jettisonable after take-off) sat under the frontal section of the fuselage with landing accomplished via a belly skid (the pilot would glide his aircraft down post-mission). Proposed armament was 2 x 30mm MK 108 autocannons fitted as one to each wing root with 35 rounds available to each gun.

Dimensions included a length of 18.7 feet, a wingspan of 26 feet and a height of 5.4 feet. Empty weight was 1,845 pounds against a Maximum Take-Off Weight (MTOW) of 2,095 pounds. Maximum speed was estimated to be 560 miles per hour in dive with 345 mph being possible when under tow from a Bf 109G model series aircraft.

In theory, the BV 40 would be towed as a pair behind a sole Messerschmitt Bf 109 single-seat, prop-driven aircraft - Germany's preeminent fighter of the war. This trio would fly to altitude in response to an incoming bomber formation - the Bf 109 charged with getting these gliders some distance above the formation prior to them beginning their attack run. Once at altitude, the gliders were released and the BV 40 pilots used basic aerial physics when swooping through the unsuspecting bomber formation - the initial attack angle being at 20 degrees. This attack style only granted one or two attack runs on the target so concentration by the pilot was key to success - the cannons expected to make short work of the large aircraft. Once their momentum (or ammunition) had been spent, the gliders would return to pre-designated recovery areas on their skids to be rearmed and reused in a future interception sortie.

Design of the BV 40 was attributed to famous aeronautics engineer Dr. Richard Vogt. First flight was completed on May 6th, 1944 and nineteen prototypes were ordered through a contract that also requested 200 production-quality machines. Simple to produce and operate, the BV 40 held some merit for a nation restricted in its war material usage. However, the program never really gained much traction as the focus clearly remained on interceptors powered by turbojets. With interest in the BV 40 waning amidst the mounting losses for Germany, the project was ended with just seven prototypes having been completed during the fall of 1944.
Advertisements

(Showcased performance specifications pertain to the base Blohm and Voss Bv 40 production variant. Compare this aircraft entry against any other in our database or View aircraft by powerplant type)
PROPOSED:
2 x 30mm MK 108 autocannons (one per wing root). 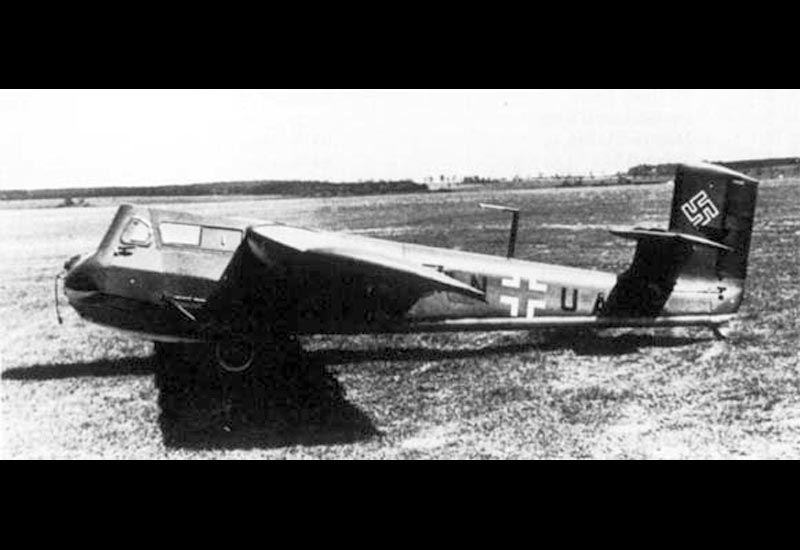