The Junkers EF 128 was another in the long line of late-war German projects intended to satisfy the Emergency Fighter Program requirement.

Authored By: Staff Writer | Last Edited: 04/10/2019 | Content ©www.MilitaryFactory.com | The following text is exclusive to this site. 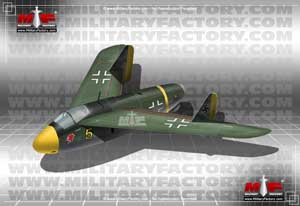 The Emergency Fighter Program (EFP) brought about by the German Luftwaffe during the latter stages of World War 2 (1939-1945) was brought about through desperation in countering the threat being posed by the Allied air bombing campaign as well as the arrival of the new Boeing B-29 Superfortress. Early work had already delivered the futuristic-looking Heinkel He 162 "Volksjager" single-seat, single-engine fighter but this design was already becoming obsolete due to the frenetic pace of technology advancements being seen in the war. As such, a successor to this design was sought that fell under the EFP program directive.

Junkers beat out Messerschmitt and others to secure a contract for developing a new high-altitude interceptor. Engineers approached the design with simplicity in mind - one pilot, one engine and wood used through the construction where possible (metals were at a premium by war's end). The resulting design became the EF 128, a stout fighter with high-mounted wings and lacking a tail unit. Instead, small rudders were added to each wing mainplane's trailing edge. The mainplanes were noticeably swept rearwards to promote aerodynamic efficiency at greater speeds. The single seat cockpit was fitted aft of the stub nose cone assembly. The deep fuselage encased vital components such as avionics, fuel, and the engine - the latter which was to be a Heinkel HeS 011 series turbojet. Aspirating the installation was a pair of low-profile intakes set to either side of the fuselage. This allowed space under the cockpit floor to be reserved for up to 4 x 30mm MK 108 autocannons. The undercarriage was a retractable tricycle type arrangement.

Junkers engineers projected their aircraft to reach speeds over 900 kmh - making for one fast interceptor. The tailless design would also have contributed to an agile system.

Junkers submitted their winning design in February of 1945 and work progressed to the point that a wind tunnel model was in use (with data being actively collected and assessed) and a mock-up of the fuselage was underway. Unfortunately for the German war effort (and Junkers workers), the end of the war came in May following Hitler's suicide. This effectively ended all work on the ambitious and intriguing little Junkers EF 128 interceptor product.

By the time of the German surrender, Junkers was also hard at work on a two-seat night-fighter. This version would have seen the fuselage of the original EF 128 extended to make room for the extra crewman.
Advertisements

(Showcased performance specifications pertain to the base Junkers Ju EF 128 production variant. Compare this aircraft entry against any other in our database or View aircraft by powerplant type)
PROPOSED (Standard)
4 x MK 108 cannons under the nose.

EF 128 - Base Series Designation; only wind tunnel model and a portion of the fuselage completed by war's end. 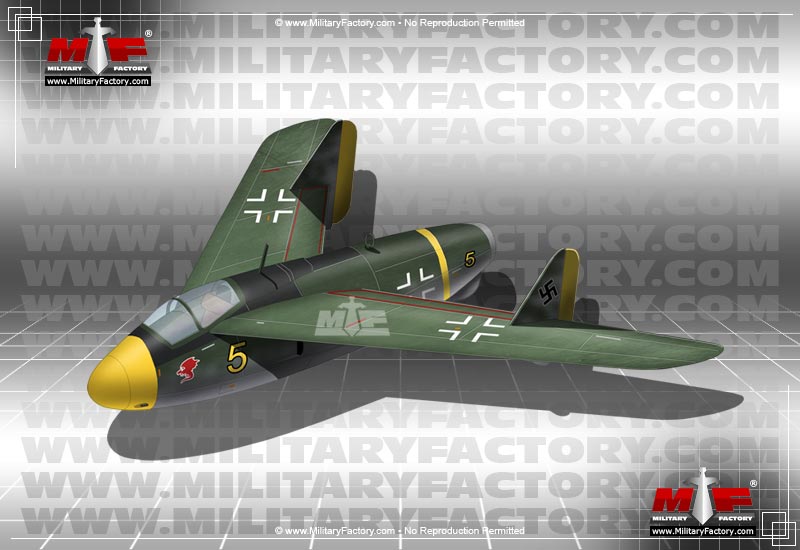