Production of the early-war Republic P-43 Lancer spanned from 1940 to 1941 and yielded some 272 total aircraft.

Authored By: Staff Writer | Last Edited: 09/13/2019 | Content ©www.MilitaryFactory.com | The following text is exclusive to this site. 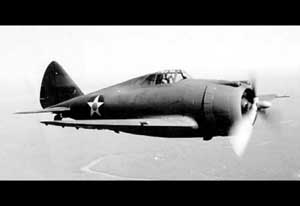 The road to the classic World War 2-era single-seat, single-engine Republic P-47 "Thunderbolt" fighter was one that began in the pre-war years while Alexander Seversky still maintained control of his company (Seversky Aircraft Company). However, during September of 1939, Seversky was kicked out of the concern and the organization reformed as the "Republic Aviation Company". Despite the change, some of the company's earlier work endured, stemming from the P-35, XP-41 and AP-4 initiatives.

Prior to Seversky's dismissal, his company had signed a contract for a new United States Army Air Corps (USAAC) fighter, essentially what was to become an evolved form consisting of the proven - and best - qualities of the preceding XP-41 and AP-4 models. The aircraft would carry an air-cooled Pratt & Whitney R-1830-35 with turbosupercharger and its design headed by Alexander Kartveli (also credited with the later P-47). Armament was improved to 2 x 0.50 caliber heavy machine guns with 2 x 0.30 caliber medium machine guns with the former were installed in the upper cowling and the latter carried (in single installations) at the wings. The wing mainplanes were elliptical in their general shape and the air scoop for the turbosupercharger was installed in the cowling itself under the engine (qualities later reused in the P-47). A "tail-dragger" undercarriage and single vertical tail fin completed the appearance of what was shaping up to be a promising fighter development.

The design was finalized into the "YP-43" (no "X" designation was seen in the program) with the name of "Lancer". A first-flight was had in March of 1940.

A prototype YP-43 was passed on to the Army in September of 1940 and marked the first of thirteen test articles. There proved some early deficiencies including a bad tendency for the aircraft to "ground loop" (and flip onto its back in extreme cases) which forced a revision to the height of the tail wheel. Before the program gained enough momentum, Army observers had noted the speed at which advancements to fighter design were being made in Europe. As such, interest in the P-43 waned as the focus moved to a more advanced model - the P-44 "Rocket" (to become the P-47 "Thunderbolt"). The P-43, as it turns out, was more or less an obsolete warplane before it ever had a chance to fight.

Having invested both time and money into the P-43 program - and to keep Republic production lines running pending the arrival of the P-47 - the Army pushed for the still-serviceable P-43 aircraft to be brought along the lines of basic trainer. A contract for 54 of the type was drawn up based on the YP-43 standard and another 80 aircraft emerged from an earlier order for the P-44-1 model - these becoming the "P-43A". Power for this mark was from a Pratt & Whitney R-1830-49 air-cooled radial and deliveries began in September of 1941. An additional 125 aircraft were then ordered as "P-43A-1" and intended for service in the Far East (China/Japan). These held provision at their fuselage centerlines for an external fuel tank or bomb and primary armament was 4 x 0.50 cal heavy machine guns (two in the nose, one each in the wings).
Advertisements

In all, 272 Lancers were delivered from the period spanning 1940 to 1941. The aircraft proved reliable if unspectacular and featured modern qualities such as a wholly-enclosed cockpit, metal skinning, retractable undercarriage and aerodynamic streamlining. Certainly the Army desire was for air-cooled fighter types but radial-powered ones still held their place in the grand scheme of the war. Additionally for Republic, the series was an improvement over previous company offerings even if it could do little against the more advanced fighters coming out of Germany and Japan. For most of its service life, the P-43 was stuck in secondary roles and shipped to far-off places rather than pressed into service as a frontline mount. Primary operators became the Royal Australian Air Force, the Republic of China Air Force and the United States (both in its Air Corps and Air Forces guise).

The P-43B were 150 P-43A and P-43A-1 models converted for the photo-reconnaissance role by installing a camera in the tail unit. The P43C followed suit in form and function but differed in equipment carried and numbered just two conversions from the P-43A stock. The P-43D was another reconnaissance model but finished with the PW R-1830-47 series engine and only six were brought along from their original P-43A forms. The P-43E was a proposed mark (again for photo-reconnaissance) and carried a PW R-1830-47 engine. These were to be based on the P-43A-1 model. The RP-43 designation was a USAAF identifier to mark past-due Lancers as "Restricted from Combat" from 1942 onward.

As completed, the P-43A could manage a maximum speed of 356 miles per hour, a range out to 650 miles, a service ceiling up to 36,000 feet and a rate-of-climb of 2,500 feet-per-minute. Standard armament eventually became 4 x 0.50 M2 Browning heavy machine guns as 0.30 machine guns in aircraft were proving weak as the war progressed.

Many Lancers ended their days as basic trainers for the U.S. Army. The photo-reconnaissance role was added only later, in 1942, when the true combat value of the P-43 was realized as quite limited. Chinese models were flown with PW-1830-57 series engines and the stated heavy machine gun armament as well as a bomb-carrying capability and self-sealing fuel tanks (the latter a very important survival quality). About 108 were earmarked for service in China and some did see direct combat against the invading Japanese forces - though more less outdone by superior Japanese warplanes and experienced airmen used in the theater.

All Lancer aircraft were scrapped when the war ended.
Advertisements

FINALIZED:
4 x 0.50 caliber Browning M2 heavy machine guns, two in cowling and one each in wings. 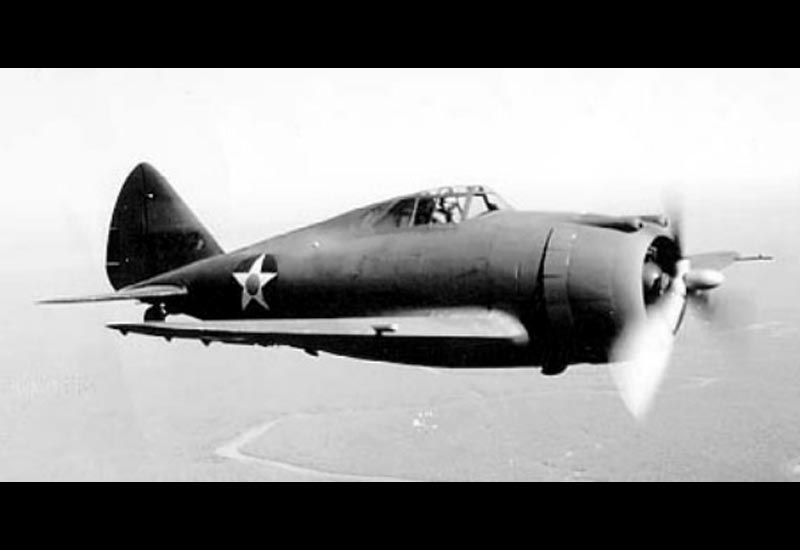