The impressive Kawanishi N1K1 Kyofu fighting floatplane arrived to fulfill a wartime requirement that was no longer there.

Authored By: Staff Writer | Last Edited: 02/27/2020 | Content ©www.MilitaryFactory.com | The following text is exclusive to this site. 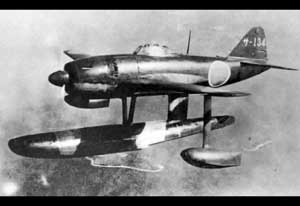 Early in World War 2 (1939-1945), Japanese authorities understood that their conquest of the Pacific would strain their carrier group's reach, limiting the effectiveness of fighters and bombers being launched from their decks. Expensive and complex airfield construction operations would also restrict forward-operating capability of the Empire and thus pressure fell to develop a system centered around use of floatplanes which did not require any fixed points on a map from which to operate from. The Empire of Japan became the only major player in the war to put an emphasis on dedicated "fighting floatplanes" (other powers simply relegated these types of aircraft for roles such as reconnaissance, gunnery spotting, and anti-ship warfare) as there was an understanding of their strategic limitations in the war going forwards.

Development on a dedicated fighting floatplane began in 1940 with the project hoping to capture an existing single-seat design with added floatplane capabilities that did not diminish fighter performance while retaining a suitable offensive punch. Kawanishi was eventually given the lead on the program while Nakajima was charged with developing a floatplane version of the famous Mitsubishi A6M "Zero" navy fighter to serve in the interim.

Kawanishi eventually returned with the N1K "Kyofu" which, unlike many floatplanes of the period, utilized a monoplane wing arrangement (as opposed to a biplane configuration). Its undercarriage showcased a large central float with smaller, retractable floats added under each wing. The fuselage was well-rounded and highly streamlined, tapering off at the empennage which fixed a single vertical tail fin and horizontal planes to either side. The single-seat cockpit was under a heavily framed canopy and offered generally decent vision about the aircraft - views naturally obstructed by the large main wing members and long nose. The engine was situated in the nose section and capped by two-bladed contra-propeller units, drive power coming from a Mitsubishi Kasei 14 radial engine of 1,460 horsepower output. Combat flaps were automatically adjustable in-flight based on the acceleration of the aircraft - a rather unique quality of this new aircraft. Armament was the same as on the A6M fighter, combining 2 x 20mm cannons with 2 x 7.7mm machine guns while a bomb load of up to 132 pounds (2 x 66 lb) could be held under the wings.

First flight of an N1K prototype was on May 6th, 1942 and testing unveiled generally poor results from the contra-propeller arrangement. As such, this feature was dropped in favor of a more conventional engine and gearbox driving a three-bladed propeller system. The move was also made to replace the engine from the Kasei 14 series radial to the Kasei 13 model of similar horsepower output. The retractable nature of the outboard, underwing floatplanes did not make it into the finalized form leaving these appendages fixed in place during flight. On the whole, however, IJN pilots evaluating the mount appreciated their new product - save for take-off characteristics which required additional attention at the controls. Once in the air, the fighting floatplane was a sound investment with excellent agility.

With the evaluation period over, the N1K was adopted as the N1K1 "Kyofu" and slated for introduction in 1943 as Japanese factories ramped up for the change. By this point in the war, the Japanese Navy was still betting their future on the success of its A6M Zero fighter to maintain air dominance in the theater and it appeared as if this was to be a reality until Allied tactics and warplanes caught up, and eventually surpassed, Japanese prowess in the skies. The changing face of war in 1943, coupled with a slow procurement scheme, meant that the N1K began arriving in useful numbers only after the Japanese had lost the initiative in the skies. As such, its intended role of forward-operating fighting floatplane was neutralized by the lack of forward-operating positions now having fallen to the Allied advance - essentially the N1K arrived to fulfill a battlefield role that was no longer there.

This led to production of N1K1 aircraft being ended rather quickly in March of 1944 with fewer than 100 having been delivered. While participating in some of the latter actions of the Pacific War, the series ended up as part of the homeland defense of Japan against mounting Allied bomber raids. At one point, the N1K1 was to see a successor with a larger engine built - this set to become the N1K2. However, only the designation was reserved and nothing came from this work. Earlier on, while development on the N1K floatplane was still ongoing, Kawanishi also managed to sell to Japanese authorities a version of its aircraft to serve as a land-based fighter - made faster and more streamlined by its lack of fixed float equipment. This became the N1K2-J "Shiden" ("George") fighter line which proved a worthy opponent to the vaunted American line-up of Grumman, Vought, and North American fighters in the Pacific skies. This aircraft went on to have a decidedly more impressive combat history despite being limited in available numbers.

The N1K1 was codenamed "Rex" by the Allies.
Advertisements 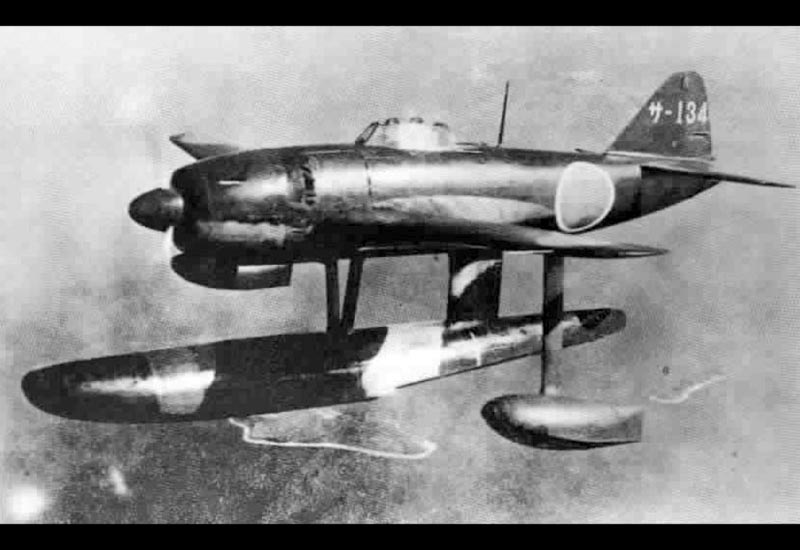