Like other useful combat aircraft for the French prior to the German invasion of World War 2, the Breguet 690 was primarily limited by low production figures.

Authored By: Dan Alex | Last Edited: 09/15/2021 | Content ©www.MilitaryFactory.com | The following text is exclusive to this site. 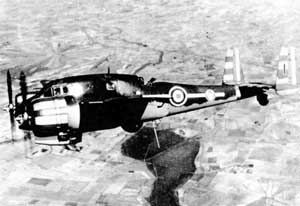 The multi-crew, twin-engined heavy fighter / ground attack aircraft truly came into its own during the fighting of World War 2 (1939-1945) as there were many targets to be had both in the air and on the ground. Development of key aircraft of the war actually began prior to the conflict in the 1930s and this work produced such classics as the American P-38 "Lightning", the British DH.98 "Mosquito" and the German Messerschmitt Bf 110 (all detailed elsewhere on this site). The French did their part in attempting to acquire useful twin-engined heavy fighter designs and the Breguet 690 series was one product of the period.

The Breguet 690 emerged from a 1934 French Air Ministry requirement calling for a new three-seat, twin-engined, all-modern heavy fighter. Breguet engineers elected for an aircraft that exceeded the weight restrictions put forth by French authorities so the rights to the requirement were fulfilled by the competing Potez 630 series. Breguet persevered with their Bre.690, now as a private venture, and attempted to the French Air Force on the merits of a heavier, robust and multirole attack platform. The prototype was completed in 1937 but sat without its engines until 1938 when it finally flew for the first time on March 23rd, 1938.

The French Air Force liked what they saw in the fast and powerful Model 690 and were also keen on developments and doctrine concerning ground attack platforms elsewhere. The Breguet 690 seemed to fit the bill and the modern design was eventually adopted in June of 1938 through a 100-strong order for a two-seat light attack bomber variant under the "Bre.691 AB2" designation. The order only grew when war with Germany was becoming a certainty and modernization of French forces took precedent.©MilitaryFactory.com
Advertisements

The finalized Bre.691 offered a streamlined shape and its crew of two was positioned inline. A mid-mounted monoplane planform was relied upon while the tail unit was arranged in a twin-rudder configuration. The undercarriage - of "tail dragger" form - was retractable save for the tail wheel. All positions except the rear dorsal station were enclosed with window panels. The engine nacelles were fitted well-forward in the design along their respective wing leading edges - offering the pilot a clean look at each unit while, at the same time, restricting critical views out-of-the-cockpit. Because of the low operating altitudes expected of the Br.691 attacker, crew sections were protected in armor and fuel tanks were self-sealing compartments.

As an attack platform, the Bre.691 was appropriately armed through 1 x 20mm cannon and 2 x 7.5mm machine guns in the nose (another benefit of mounting the engines in the wings was concentrated firepower from a hollowed-out nose section). A gunner managed a sole 7.5mm machine gun on a flexible mounting at the dorsal (aft-facing) position and another 7.5mm machine gun was mounted ventrally - though this installation fixed in place to fire solely rearward. An internal bomb bay carried between 800 lb and 1,000 lb of conventional drop stores with the intent that the aircraft conduct dive bombing actions against a target.

Bre.690.01 designation marked the sole Bre.690 prototype while Br.691.01 fulfilled the same role for the development of the Bre.691 which became the initial production model in twin-seat ground attack form. Bre.693.01 was another prototype and this used to develop the Bre.693 which followed. These carried Gnome-Rhone 14M (M-6 or M-7) series radial engines of 700 horsepower each driving three-bladed variable-pitch propellers. Bre.694.01 was a proposed two- or three-seat tactical reconnaissance platform and Bre.691.05 emerged as another prototype, this to cover the Bre.695.

The Bre.695 was based on the Bre.694 and given Pratt & Whitney R.1535 "Twin Wasp Junior" radial piston engines. The shift to the American powerplants, which were dimensionally larger, gave poor visibility for the pilot and added only increased low-altitude performance slightly.

Bre.696 became a two-seat bomber prototype which was on order until the arrival of the Bre.693. The Bre.696 designation was used to develop the proposed Bre.700 C2 - intended for the heavy fighter role. This version was to carry 2 x Gnome-Rhone 14N-48 or 14N-49 engines of greater power. The German invasion of France in 1940 ended all hopes for the design.

Such was the need on the part of the French Air Force for modern aircraft that the Br.691 was in service before the end of 1939 - the German invasion of Poland to spark World War 2 happened back on September 1st, 1939. The series was also intended to stock the ailing Belgian Air Force but none were delivered before the fall of the country. Breguet had set up production lines at speed to help deliver its fighting machines in time and, in all, the French Air Force counted 211 Bre.690 fighters in its stable - most of the Bre.693 type (128 examples). Ground attack training had only begun around 1937 and intensified when it was largely too late to make a difference for the French cause.

As such, Bre.690 crews were overwhelmed when the German invasion of France occurred in May of 1940 - the Battle of France was on. By this time, the Germans had perfected their fighting tactics in action over Spain, Poland, Belgium and elsewhere. The Bre.693s that managed to organize and get airborne had a poor showing utilizing a low-level bombing technique. The self-sealing fuel tanks were also not as effective as advertized and against the stout German anti-aircraft defenses, the aircraft suffered mightily. There was a switch to high-level dive bombing tactics but this only reduced accuracy.

When all hope was deemed lost, the Bre.690 lot was slated for transfer to French colonial forces in North Africa. The inherent range of the machines prohibited this move and the aircraft remained on French soil at the time of the French surrender in June 1940. Some of the surviving stock was passed on to the Vichy French government for local use while others were employed by the Italians as trainers. Interestingly enough, the Germans did not take the aircraft into their own inventory - a practice perfected through their many conquers across Europe. So ended the days of the Breguet Bre.690 series.

Performance of the definitive Bre.693 AB.2 included a maximum speed of 305 miles per hour (cruising speeds were closer to 250mph), a range of 840 miles and a service ceiling up to 27,890 feet. Rate-of-climb was 1,820 feet per minute. The variant carried 1 x 20mm Hispano-Suiza HS.404 cannon and 2 x 7.5mm MAC 1934 machine guns in the nose as well as a pair of 7.5mm MAC 1934 machine guns in a dorsal (flexible) and ventral (fixed) position. The reported bombload was 1,015lb.©MilitaryFactory.com
Note: The above text is EXCLUSIVE to the site www.MilitaryFactory.com. It is the product of many hours of research and work made possible with the help of contributors, veterans, insiders, and topic specialists. If you happen upon this text anywhere else on the internet or in print, please let us know at MilitaryFactory AT gmail DOT com so that we may take appropriate action against the offender / offending site and continue to protect this original work.
Advertisements

France (including Vichy France); Kingdom of Italy
(OPERATORS list includes past, present, and future operators when applicable)
✓ Ground Attack (Bombing, Strafing)
Ability to conduct aerial bombing of ground targets by way of (but not limited to) guns, bombs, missiles, rockets, and the like. ✓ Close-Air Support (CAS)
Developed to operate in close proximity to active ground elements by way of a broad array of air-to-ground ordnance and munitions options. 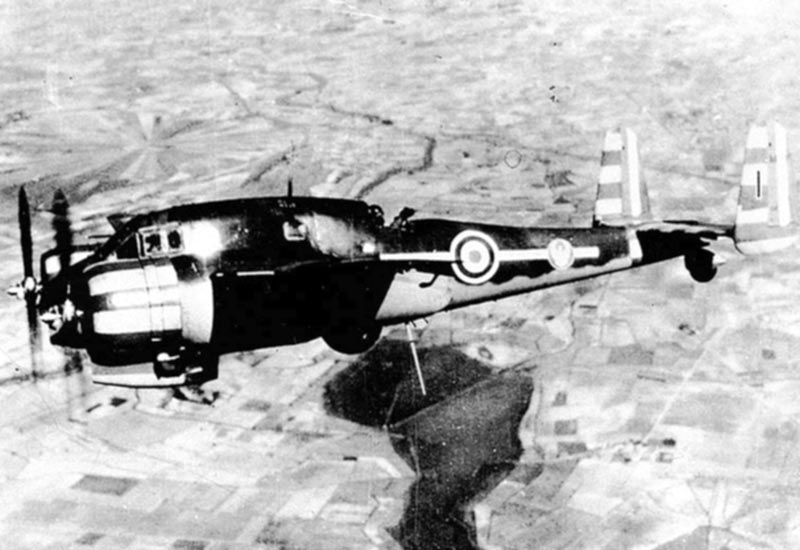