It was not until pilots began flying their two-seat F.2's as single-seat fighters that the type saw success in The Great War. 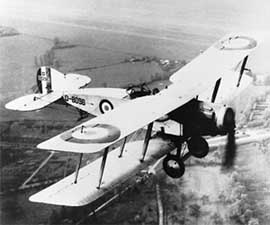 The Bristol F.2 fighter series operated throughout the British Empire for decades, serving through World War 1 and through the interwar years. The system proved a viable fighter platform despite its origination as a reconnaissance aircraft consisting of a two-man crew. The biplane provided the Allies with a surefire response to the ever increasing lethality of the German types they faced. In the end, the F.2 series would be heralded as the best two-seat fighter platform of the entire conflict.

Initially, the aircraft was on the drawing boards as the R.2A reconnaissance plane with a Beardmore 120 horsepower engine in mind and staggered yet equal span wings were connected via pairs of parallel struts. Surplus of the Hispano-Suiza 150 horsepower engine forced a revision in the original thinking and produced the R.2B, this design featuring a sesquiplane wing arrangement with the lower span shorter than the upper. This particular model was also further developed to accept the Rolls-Royce Falcon type engines producing some 190 horsepower. The new powerplant now added crucial power the now redesignated F.2A airframe. F.2A's were delivered in a first batch of 50 aircraft.

In configuration, the pilot sat just behind and below the upper wing with a view over the long engine compartment. His observer - or rear gunner - took the second cockpit position with his single or dual trainable 7.7mm Lewis type machine gun(s). The pilot himself operated a single forward-firing synchronized Vickers machine gun affixed to the upper fuselage. A bomb load of up to 240lb was possible. Construction consisted of a wooden structure covered over with fabric.

Initial use of the F.2 proved awful as pilots were trained to put too much emphasis on providing better arcs of fire for their rear gunners - that a flight of multiple F.2's could work in conjunction on creating an impenetrable rear quadrant governed by their machine guns. This inevitably led to disastrous results. In one such early instance, six F.2's faced off against six (some sources state five) lethal Albatros D.III fighters - the result was four of the F.2's were lost to enemy fire. The F.2 would not see its "true" value in a dogfight until tactics were revised and pilots were allowed to treat their mounts as single-seat fighters - utilizing the aircraft's impressive speed and maneuverability as their primary tool in conjunction with their forward-firing machine gun - and relying on the rear gunner as an added bonus to the aircraft's rear defense. Once this melding of man and machine was achieved, the F.2 went on to become one of the more successful fighter designs of the war.

The F.2B followed as a further development of the F.2A - in all actuality it became the definitive model in the series. The B model featured a more powerful engine - the Rolls-Royce Falcon III water-cooled inline engine offering up 275 horsepower. Other subtle improvements led to better crew protection and fields of view. This model proved so successful, in fact, that it made up the rest of the entire F.2 series production line - outnumbering the preceding A-models by a hefty sum.

First flight of the series was achieved on September 9th, 1916 with operational service being achieved in February of 1917. Production numbered some 5,300 examples and use of the type (amazingly) covered 1916 through 1932. Operators ranged from North American to South America, Europe and Australia. Design of the F.2 was handled by Frank Barnwell with production at Bristol, Armstrong Whitworth and Standard Motors among others.©MilitaryFactory.com
Note: The above text is EXCLUSIVE to the site www.MilitaryFactory.com. It is the product of many hours of research and work made possible with the help of contributors, veterans, insiders, and topic specialists. If you happen upon this text anywhere else on the internet or in print, please let us know at MilitaryFactory AT gmail DOT com so that we may take appropriate action against the offender / offending site and continue to protect this original work.
Advertisements

(Showcased performance specifications pertain to the Bristol F.2B production variant. Performance specifications showcased above are subject to environmental factors as well as aircraft configuration. Estimates are made when Real Data not available. Compare this aircraft entry against any other in our database or View aircraft by powerplant type)
STANDARD:
1 x 7.7mm Vickers machine gun synchronized to fire through the spinning propeller blades.
1 OR 2 7.7mm Lewis Machine Gun(s) on trainable in rear cockpit. 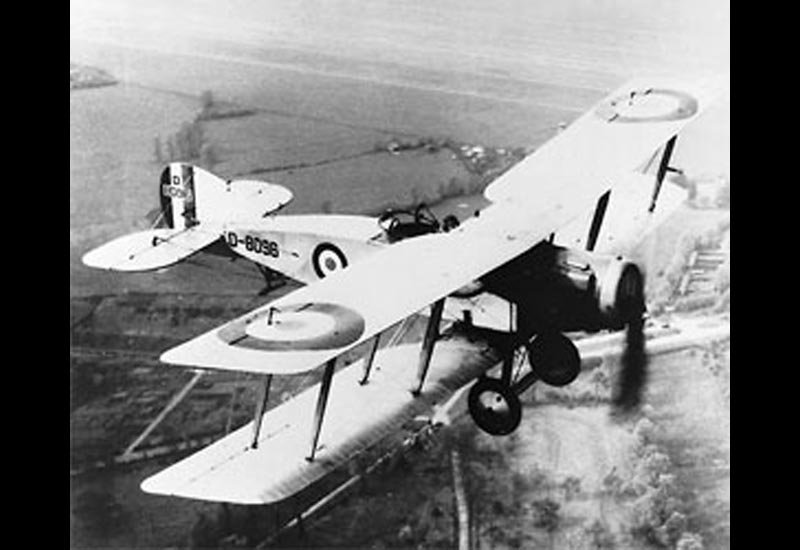 High angled right side view of the Bristol F.2 fighter in flight
2 / 2 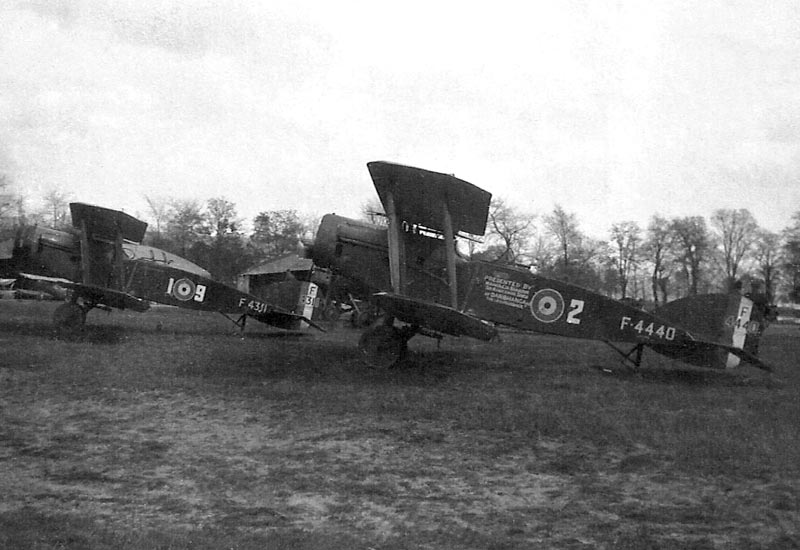 Photo from the personal collection of Larry M. via email; Used with Permission.
❮ ❯

Aviation developments of similar form and function, or related to, the Bristol F.2...